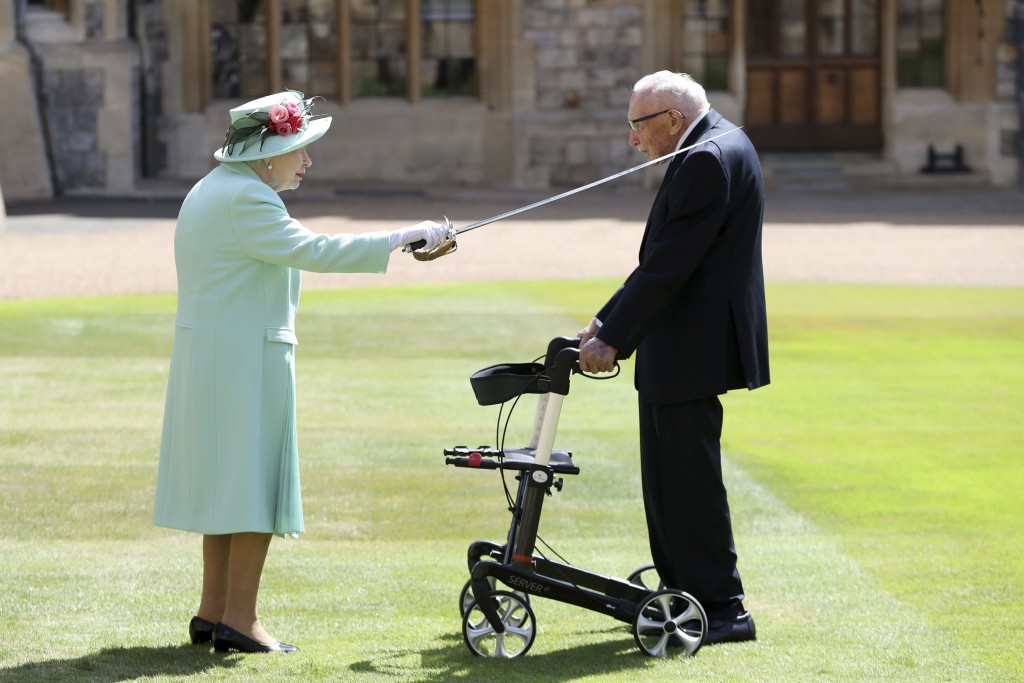 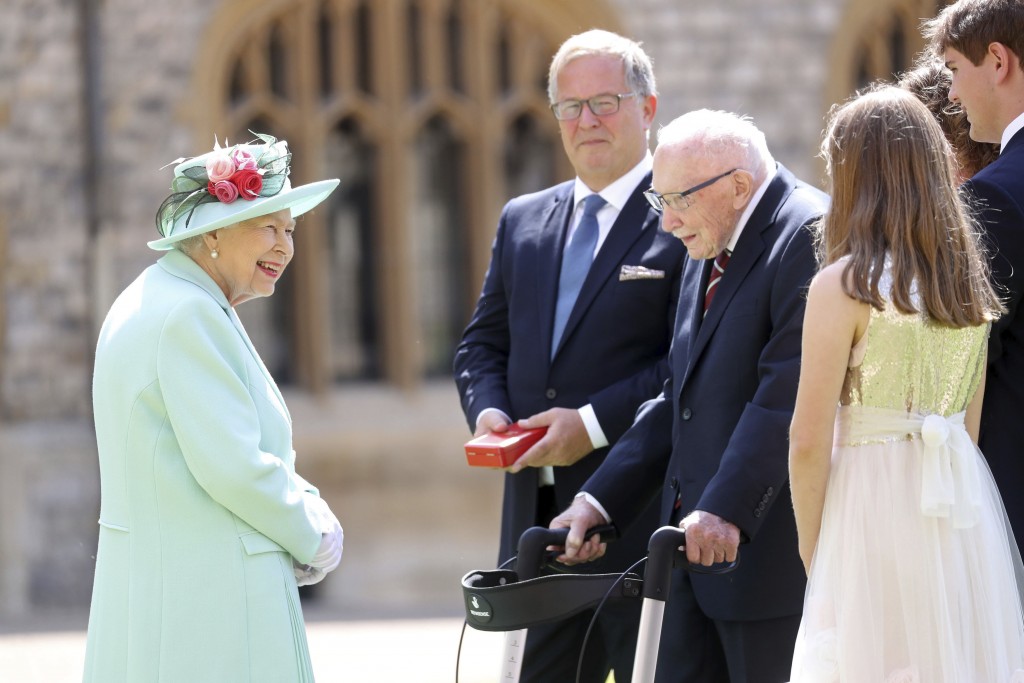 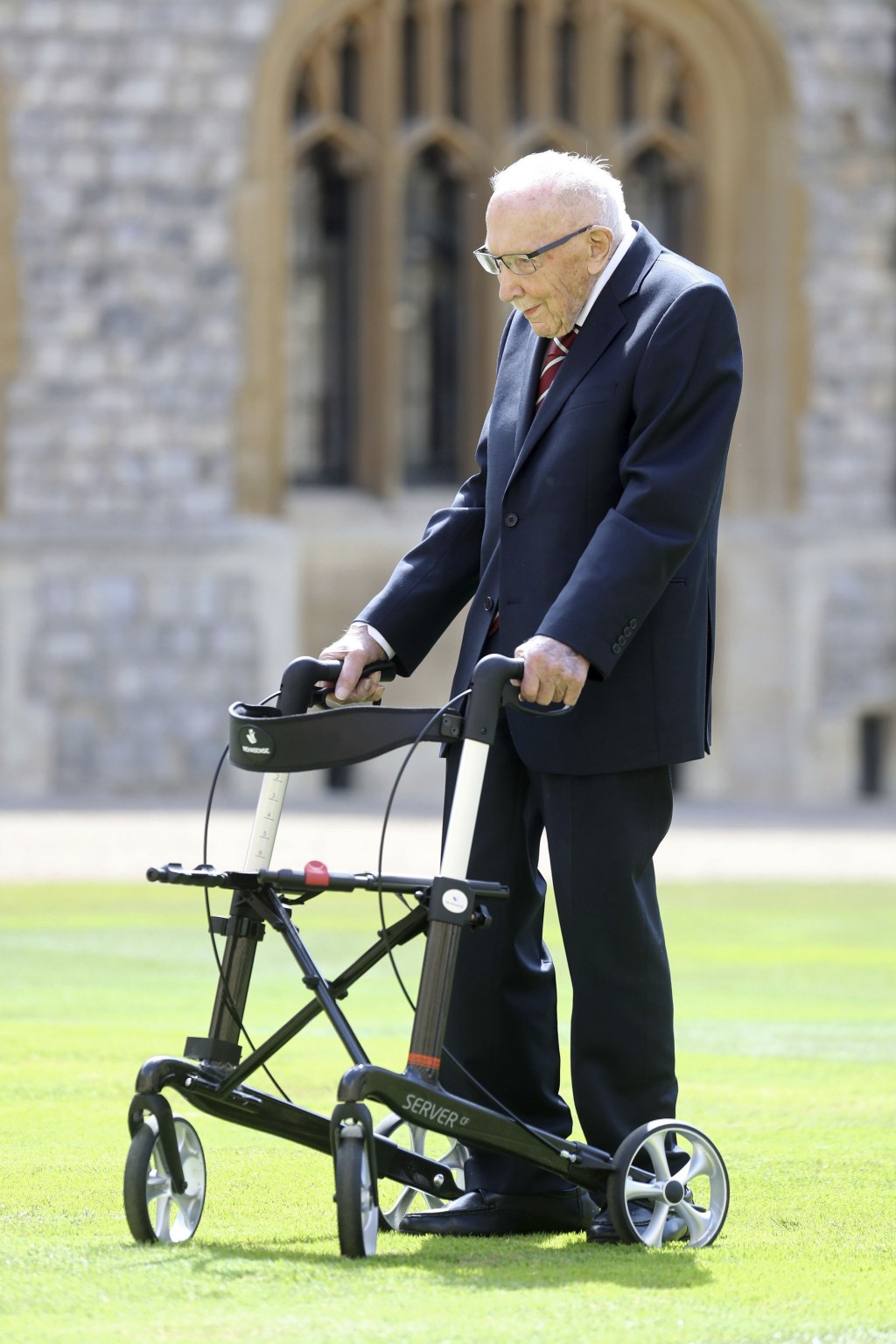 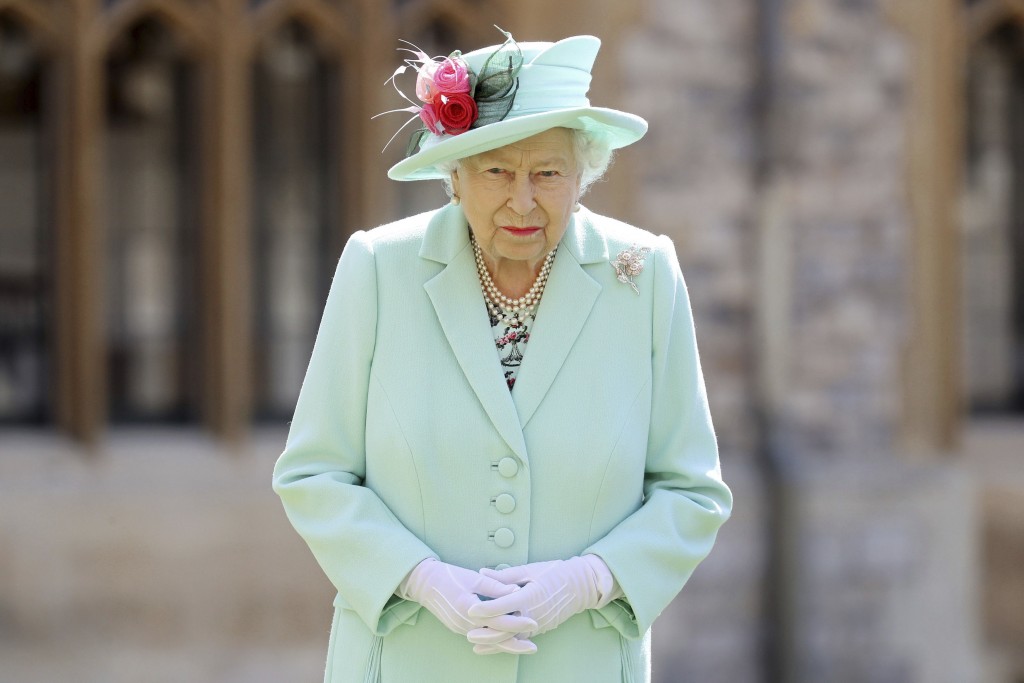 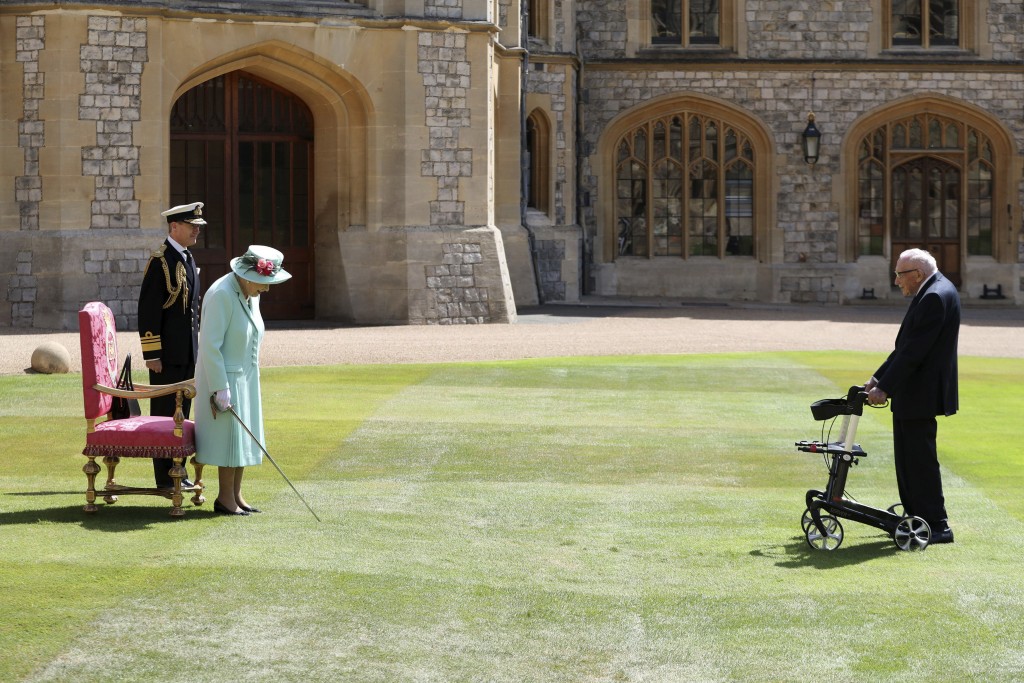 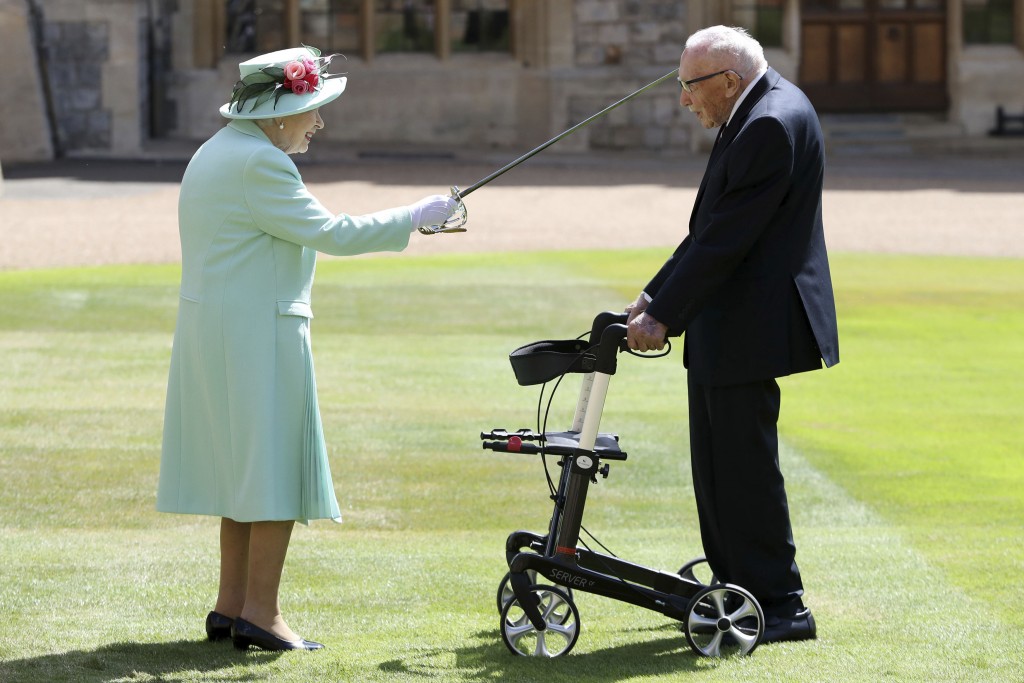 On a day infused with emotion, Queen Elizabeth II tapped the blade of a sword once owned by her father on the slender shoulders of 100-year-old Tom Moore, making a hero of a nation a knight of the realm Friday.

Moore captivated the British public by walking 100 laps of his garden in England and raising some 33 million pounds ($40 million) for the National Health Service in April. The queen knighted him with the traditional sword tap, but the World War II was not required to take a knee before the monarch.

Instead, Moore steadied himself against his now-famous walker and wheeled himself across the grass to stand in front of Elizabeth.

The ceremony was staged outside of Windsor Castle west of London, where the 94-year old queen has been sheltering during the COVID-19 pandemic alongside her husband, the Duke of Edinburgh.

“Thank you for all the well wishes, as ever, overwhelmed by your support. #todaywillbeagoodday” Moore tweeted before the ceremony.

Moore walked into the nation’s hearts by setting a goal of marking his 100th birthday with a garden lap for each year of his life. His family elevated the challenge by using social media to seek donations to support health care workers as a mark of gratitude to doctors and nurses who took care of him when he broke his hip.

He dreamed of raising 1,000 pounds. Instead, he raised so much more.