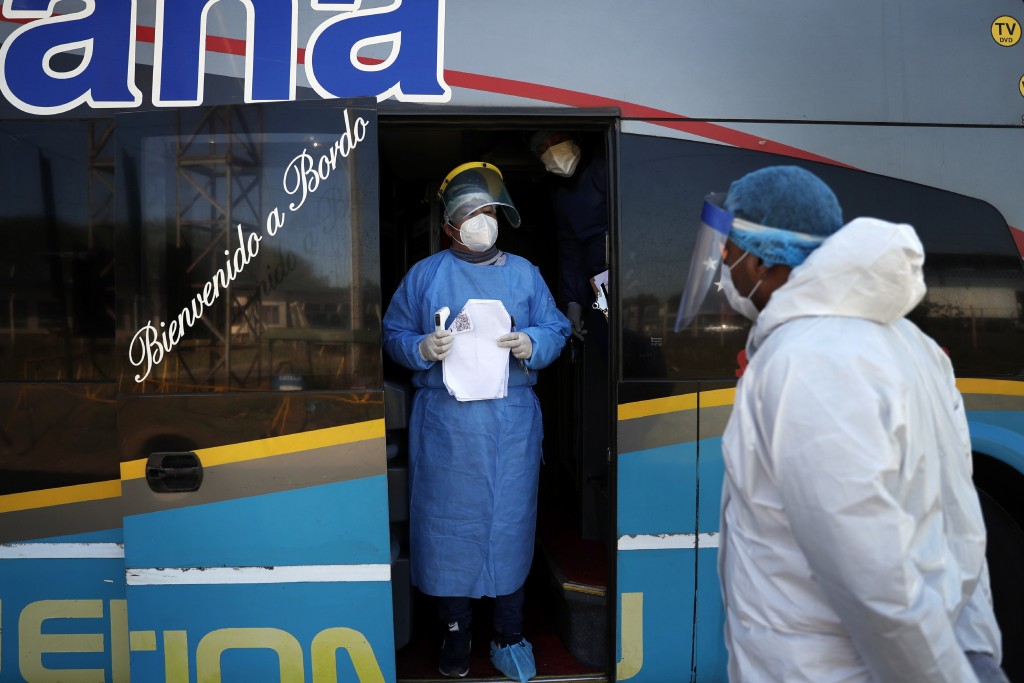 ASUNCION, Paraguay (AP) — The restart of the Paraguayan soccer league was called off Friday after three teams came down with cases of the coronavirus.

The soccer association did not say how many players or club staff members have become infected.

“The positive cases were detected in exams performed in the middle of the week, with results available since last night,” the association said in a statement. “After those reports, the measures established in the protocols guiding the return of Paraguayan soccer were activated.”

The league had been scheduled to resume Friday after a four-month suspension caused by the pandemic. San Lorenzo was to play General Diaz.

On Saturday, Guarani was scheduled to play Guaireña and 12 de Octubre was to play Sol de America.

Club executives are expected to meet later Friday to discuss whether other matches will go forward.

Paraguay has done comparatively well in combating the virus. Only 27 people in the country of almost 7 million residents have died with the virus of about 3,300 infected.