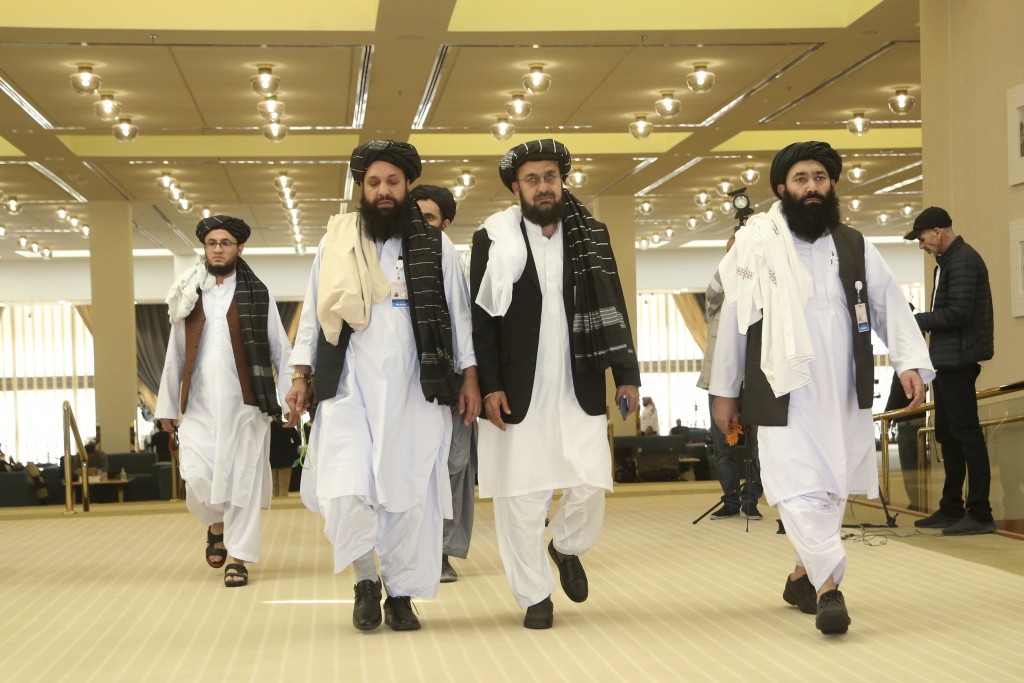 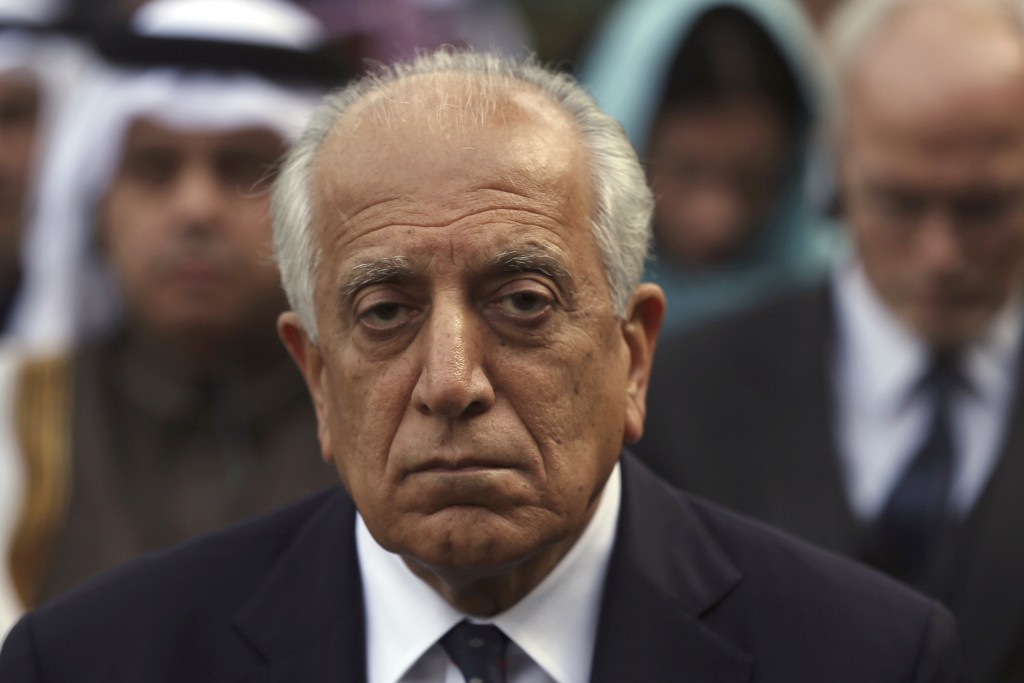 ISLAMABAD (AP) — In one of the most significant shake-ups in years, the Taliban put the son of the movement's feared founder in charge of its military wing and added powerful figures to its negotiating team ahead of expected talks aimed at ending Afghanistan’s decades of war, Taliban officials say.

Equally significant is the addition of four members of the insurgent group's leadership council to the 20-member negotiating team, Taliban officials told The Associated Press.

The shuffle overseen by Taliban leader Mullah Hibatullah Akhunzada is meant to tighten his control over the movement’s military and political arms, the officials said on condition of anonymity because they were not authorized to discuss the inner workings of the movement.

Analysts say the shake-up could be good news for negotiations with Afghanistan’s political leadership in Kabul, and a sign of just how serious the Taliban are taking this second — and perhaps most critical — step in a deal Washington signed with the insurgents in February.

“I’d say it appears to be a positive development because the Taliban are creating a delegation that seems more senior and more broad-based than they’ve used to date, or than might be strictly necessary for the opening stages of talks,” said Andrew Wilder, vice president of the Asia Program at the Washington-based U.S. Institute of Peace.

“If you want to see the glass as half full this strengthened Taliban delegation could be interpreted as a sign that the group is planning to engage in serious discussions,” he said.

When the U.S. signed the deal with the Taliban on Feb. 29, after more than a year and a half of negotiations, it was touted as Afghanistan’s best chance at peace in four decades of war. It was also seen as a road map for the withdrawal of U.S. troops from Afghanistan, ending America’s longest war.

On Monday, four-and-a-half months since the signing, chief U.S. negotiator and peace envoy Zalmay Khalilzad tweeted that “a key milestone in the implementation of the U.S.-Taliban agreement” had been reached as American troop numbers dropped to 8,600 from about 12,000 and five bases were closed.

Even as Khalilzad chastised increased insurgent attacks on Afghan security forces, he said the Taliban had been true to their word not to attack U.S. and NATO troops.

“No American has lost his/her life in Afghanistan to Taliban violence. Regional relations have improved,” he tweeted.

The Taliban have stepped up their military activity against government forces since Yaqoob's appointment in May, a sign that the religious militia under Yaqoob's leadership may see battlefield wins as upping their leverage at the negotiation table.

“I can see a lot of reasons for the Taliban to be pushing the envelope - perhaps as a negotiation tactic, but equally likely as a means to test U.S limits,” said Daniel Markey, a senior research professor at Johns Hopkins University’s School of Advanced International Studies. “So far, the Trump administration looks like it is heading for the exit, no matter what. Why not ratchet up the violence to see what greater victories can be won? ”

Surprisingly the shuffle also sidelined senior Taliban leader Amir Khan Muttaqi, removing him from the negotiating committee. Seen as close to neighbor Pakistan, his removal could limit Pakistan's influence and buttress their position with Kabul, which is deeply suspicious of Islamabad.

Already a deputy head of the movement, sudden appointment of the son of Mullah Mohammed Omar as military chief reportedly ruffled feathers among members of the leadership council, who had not been consulted. Yaqoob, however, met with the council and won over his dissenters, said officials.

“Yaqoob’s appointment appears to be, at least in part, an effort by Mullah Akhundzada to shore up oversight of battlefield operations at a key moment for war fighting, as the insurgents ramp up violence to strengthen their negotiating position in preparation for potential peace talks with the Afghan government,” said Michael Kugelman, deputy director of the Asia Program at the Washington-based Wilson Center.

In recent weeks, hopes have been raised of a July start to negotiations even as the Taliban and the Kabul government seem bogged down in the final release of prisoners, a prerequisite to the start of negotiations. The United Nations had expressed hope the negotiations could begin this month.

Countries have been lining up to host talks, with Germany being the latest to put in an offer. Turkey, Iran, Indonesia, Japan and Norway are reportedly among the nations volunteering to play host. However, Taliban and Afghan government officials say the first round is likely to be held in Doha, the capital of the Middle Eastern State of Qatar, where the Taliban maintain a political office.

Under the U.S.-Taliban deal, the militant group that hosted al-Qaida chief Osama bin Laden as he planned the 9/11 attacks on the U.S. may not host terrorist groups and guaranteed Afghanistan will not be used as a launching arena for future attacks against America.

In a tweet this week, Khalilzad said “more progress is needed on counter-terrorism” without elaborating.

This week, U.S. Secretary of State Mike Pompeo also spoke to the controversy surrounding the White House over reports of Russian money being paid to Afghan militias — reportedly with links to the Taliban — to kill U.S. troops.

“There’s a lot of Russian footprint; there are Russian weapon systems there. We have made clear to our Russian counterparts that we ought to work together to get a more sovereign, more independent, peaceful Afghanistan,” he said.