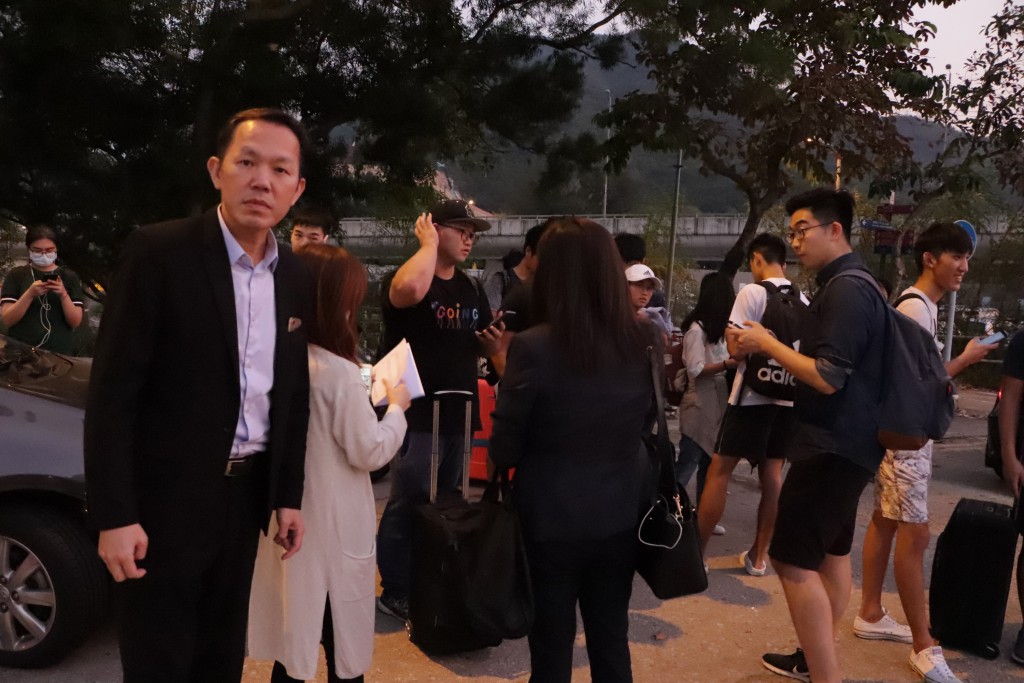 The acting director-general of Taiwan's representative office in Hong Kong has left the Chinese special administration region after its government refused to extend his work visa.

Kao Ming-tsun (高銘村) reportedly left Hong Kong on Thursday after he refused to sign an endorsement of Beijing's "one China" principle and was denied an extension of his work visa, according to media reports from Taiwan.

A day before Kao's departure, division chiefs at the office in charge of consular affairs and general administration, respectively, left the former British colony to return to Taiwan after their work visas expired, according to sources familiar with the matter.

It is not known if the departures of Chou Chia-jui (周家瑞) (consular services) and Lee Chin-mei (李晉梅) (general administration) also resulted from their inability to get their work visas extended.

With the departures, of the five divisions at the Taipei Economic and Cultural Office in Hong Kong, four of them, responsible for consular, press and cultural, and liaison services and general administration, were without division chiefs.

That has left Ni Bo-chia (倪伯嘉), head of the office's economic division, as the highest ranking official at the office.

Despite the exodus, consular and visa services at the officehave remained normal, according to unidentified sources.

This further breakdown in ties comes just weeks after China imposed a National Security Law on Hong Kong that was condemned by Taiwan and that many fear will erode the freedom and rule of law that have long existed in Hong Kong.

Relations between Taiwan and China were already at loggerheads, having been that way since Tsai Ing-wen (蔡英文) of the pro-independence Democratic Progressive Party took office in May 2016.

Tsai's government has rejected any suggestion that Taiwan is a part of China, including the "one China principle," leading Beijing to cut off dialogue and cease formal interaction with Taiwan.

Consequently, the Taiwan office in Hong Kong has been without a director-general since July 2018 because the Hong Kong government was reluctant to grant a work visa to Taipei's appointee for the post.

The appointee of Taiwan's Ministry of Culture (MOC) to take over its office in Hong Kong has faced the same roadblock since December 2018.
The Taiwan office in Hong Kong is under the Mainland Affairs Council, Taiwan's top China policy coordinator, and the MOC's representative to Hong Kong doubles as head of the division of cultural affairs at the office.

As a result, the cultural affairs division has been without a leader since late 2018.

The MAC has yet to comment on the recent personnel moves.

When Premier Su Tseng-chang (蘇貞昌) was asked about why Kao left, he said it was because Taiwan is a sovereign independent country.
"We will firmly defend our sovereignty," he said, without confirming if Kao has left Hong Kong because of Beijing's rejection of his request to extend his work visa.