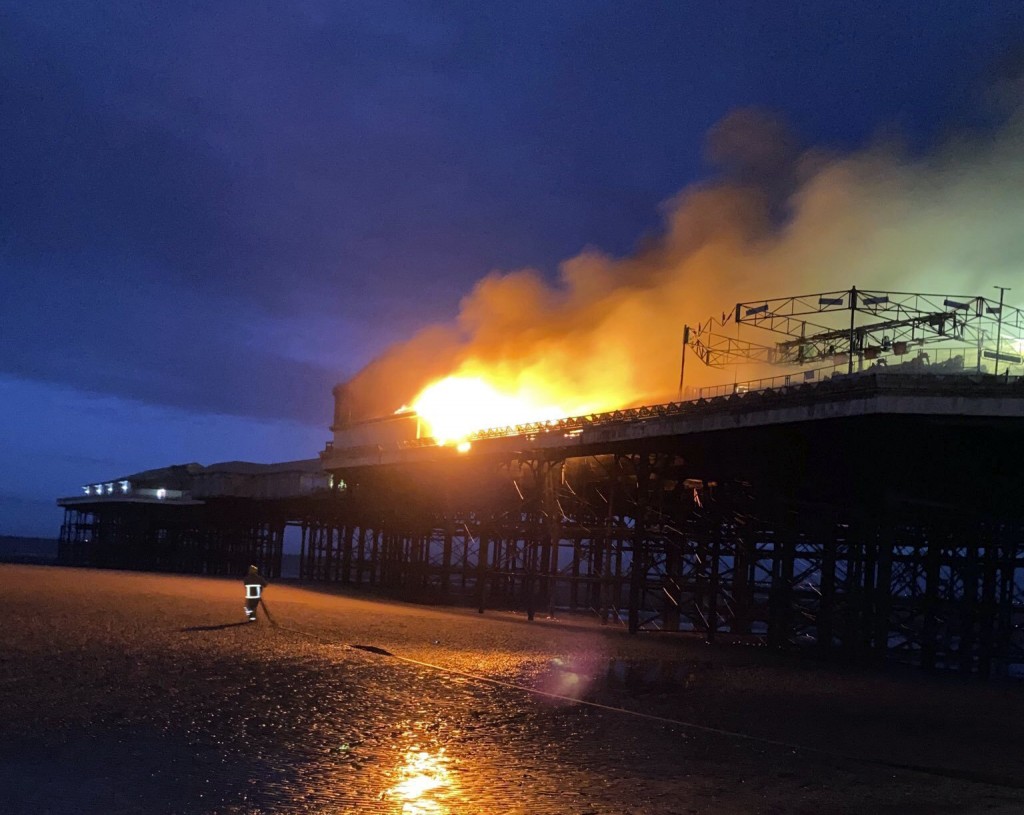 LONDON (AP) — Firefighters have put out an overnight blaze at one of the piers in the northwest England seaside resort of Blackpool.

Lancashire Fire and Rescue Service said 10 fire engines were used to bring the fire under control after they were called just after 3 a.m. Friday.

The fire involved a workshop and a ride about halfway along the central pier. The damage to both is being assessed. There were no apparent injuries.

He said wind speeds were modest and the tide was out, "so we were able to tackle the fire below from the beach as well.”

An investigation is underway and firefighting crews remain on hand to monitor any potential hotspots.

Blackpool relies heavily on tourism, so the blaze is a particular blow just weeks after coronavirus restrictions on the sector were eased. The three piers, with their attractions, amusements, shows and shopping, play a key role in the town's tourist offering.