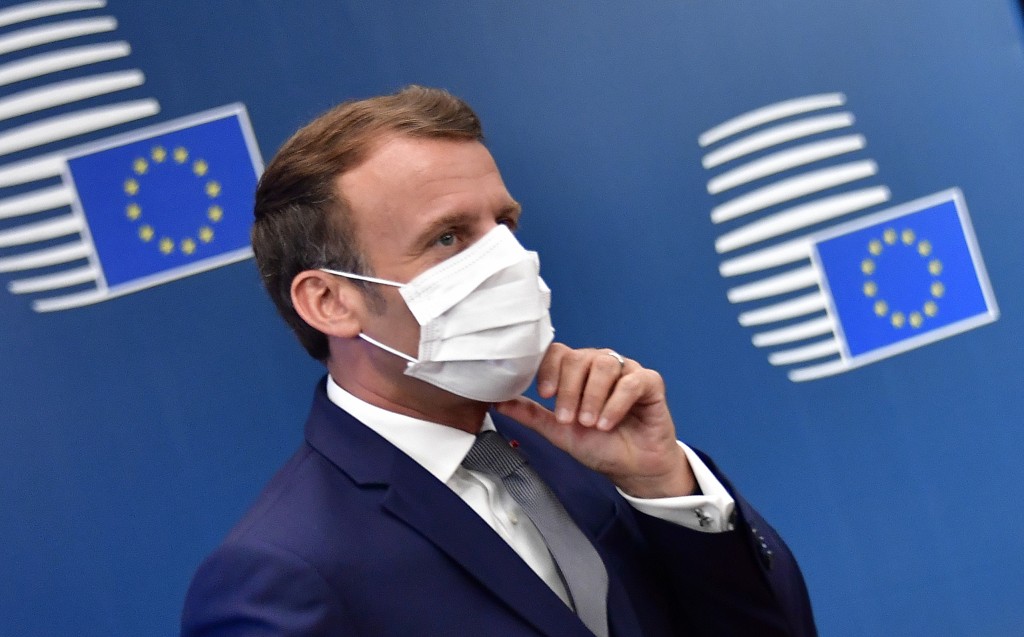 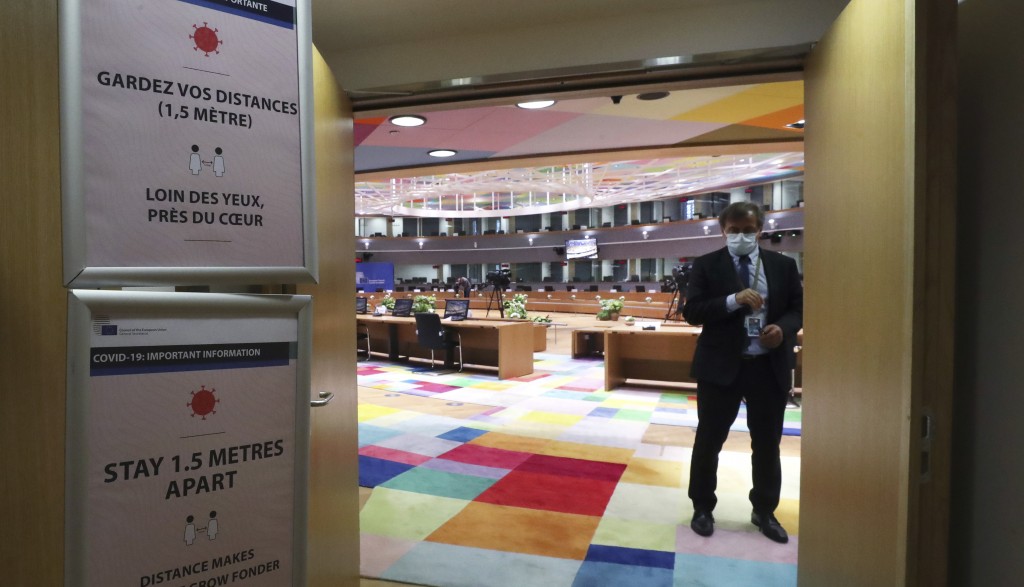 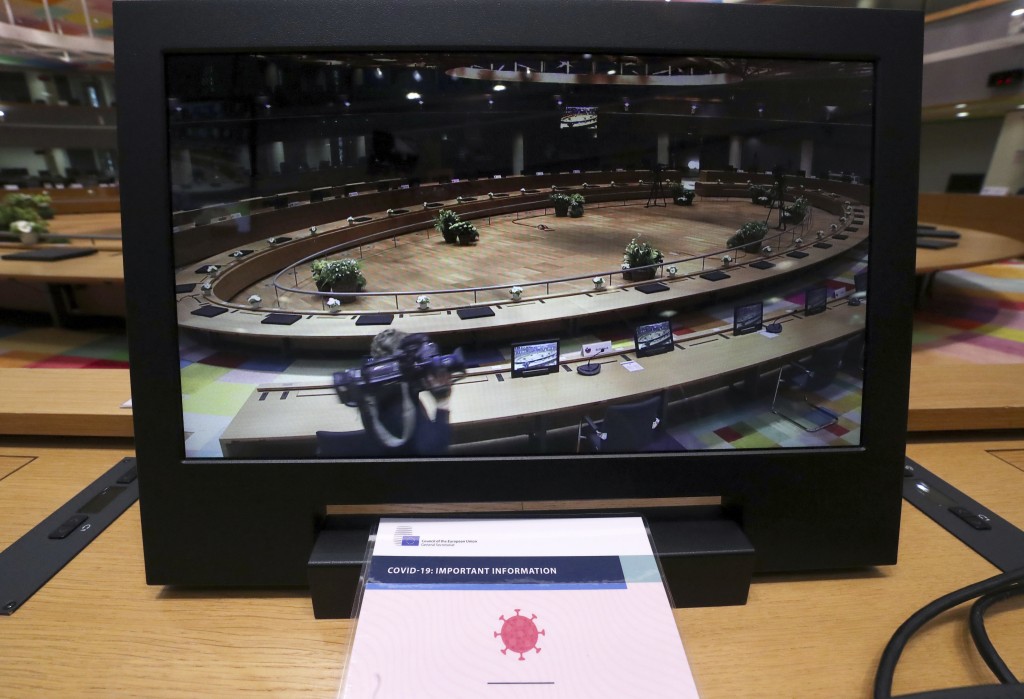 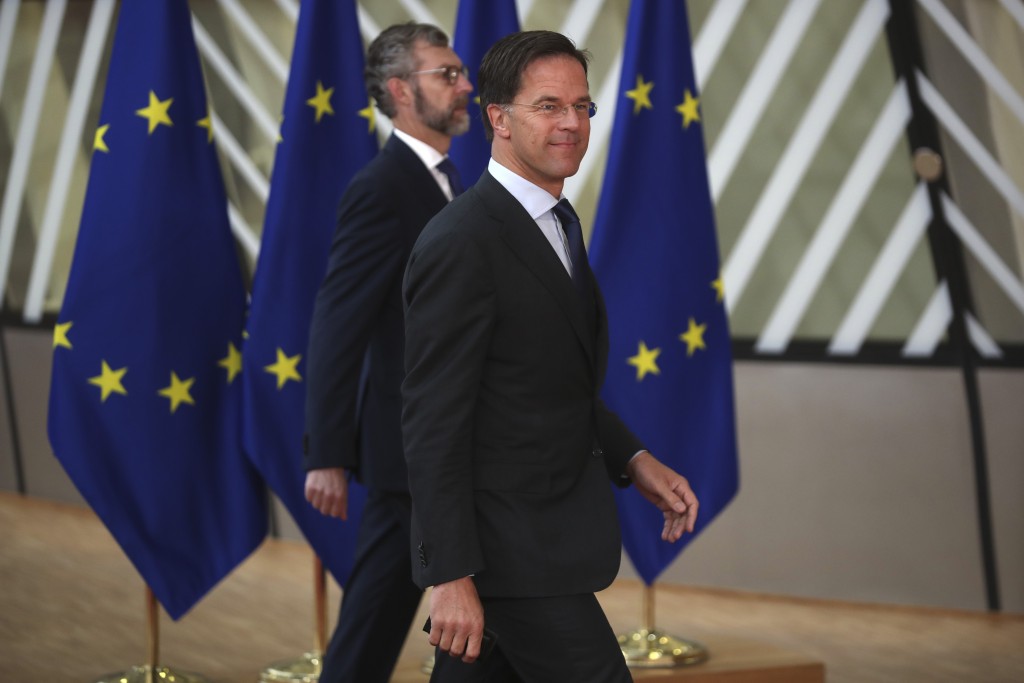 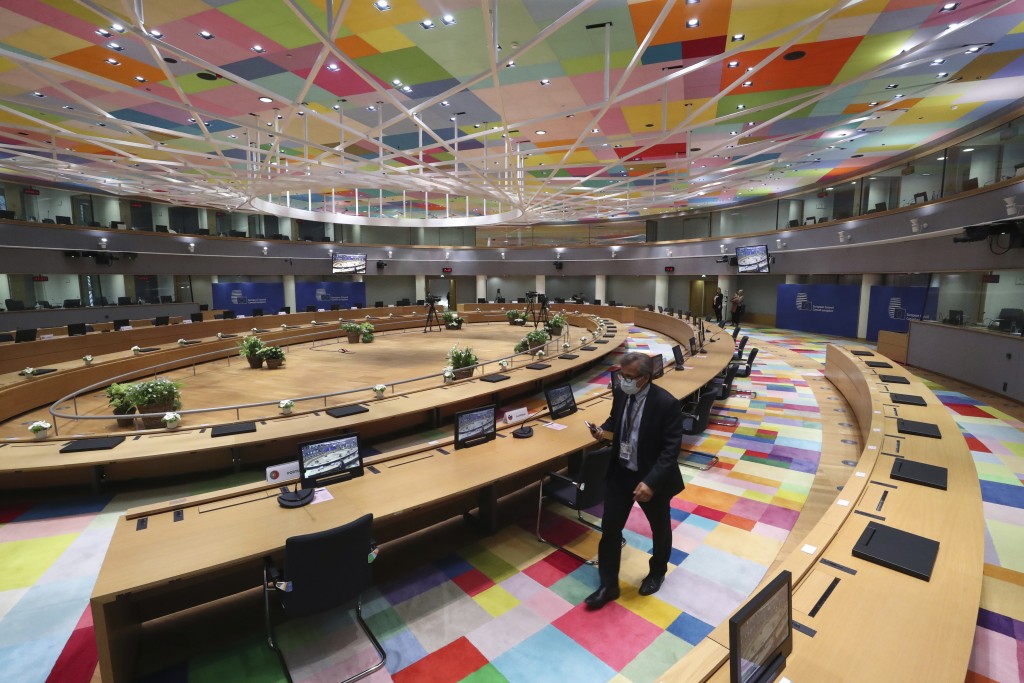 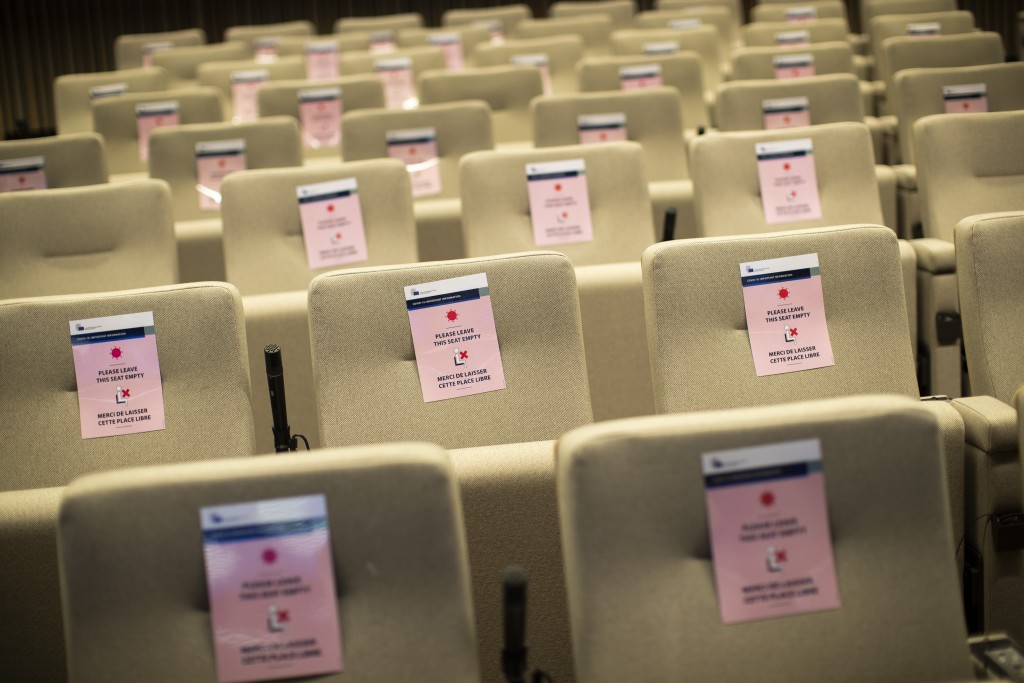 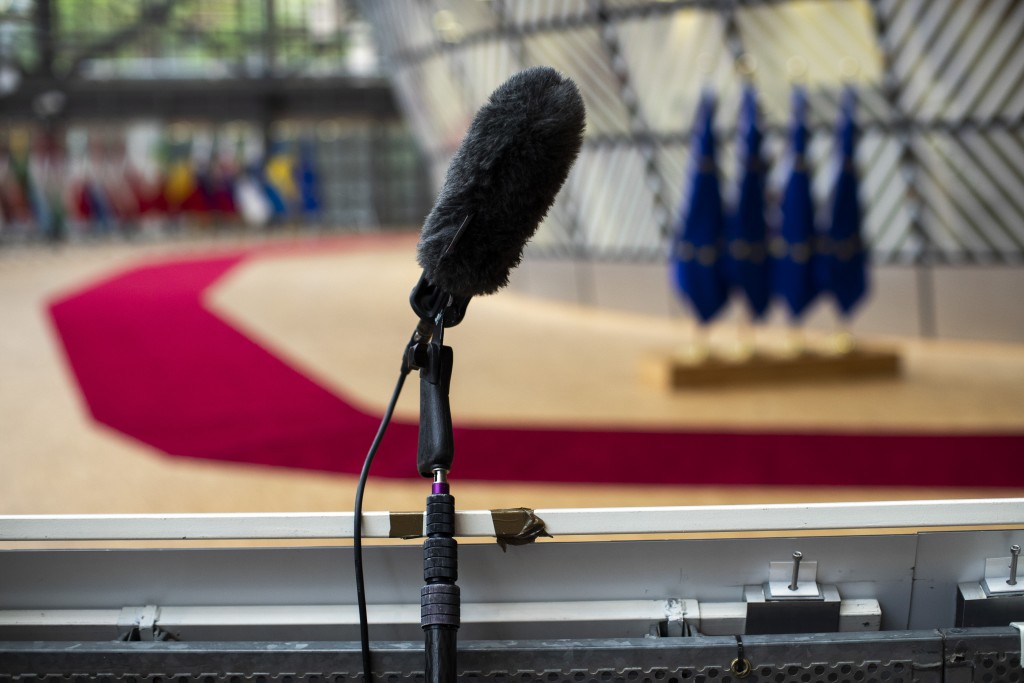 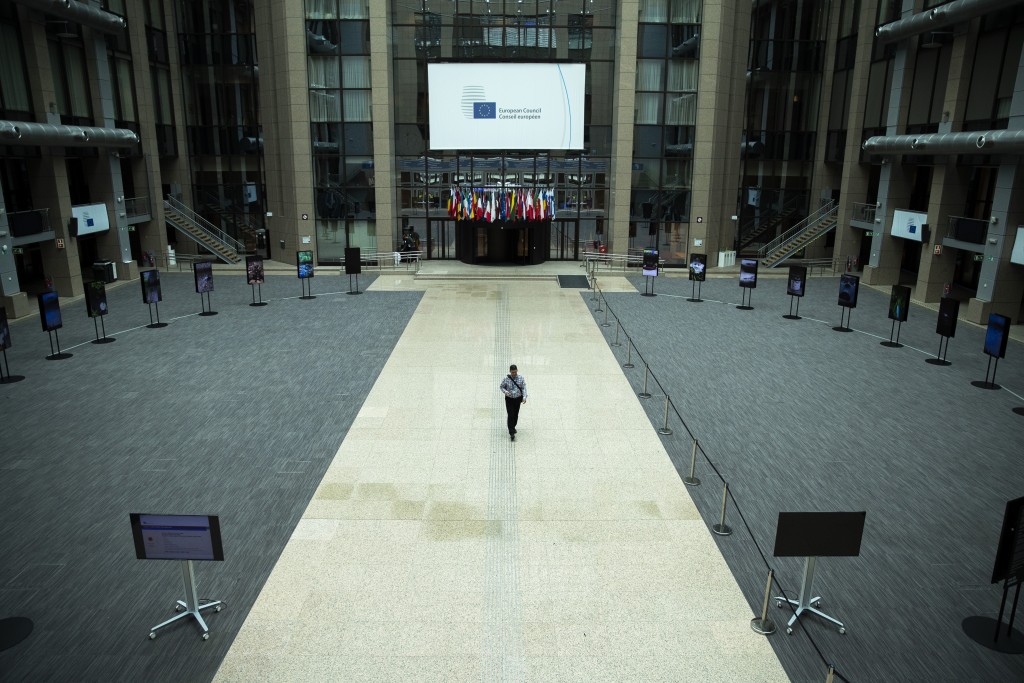 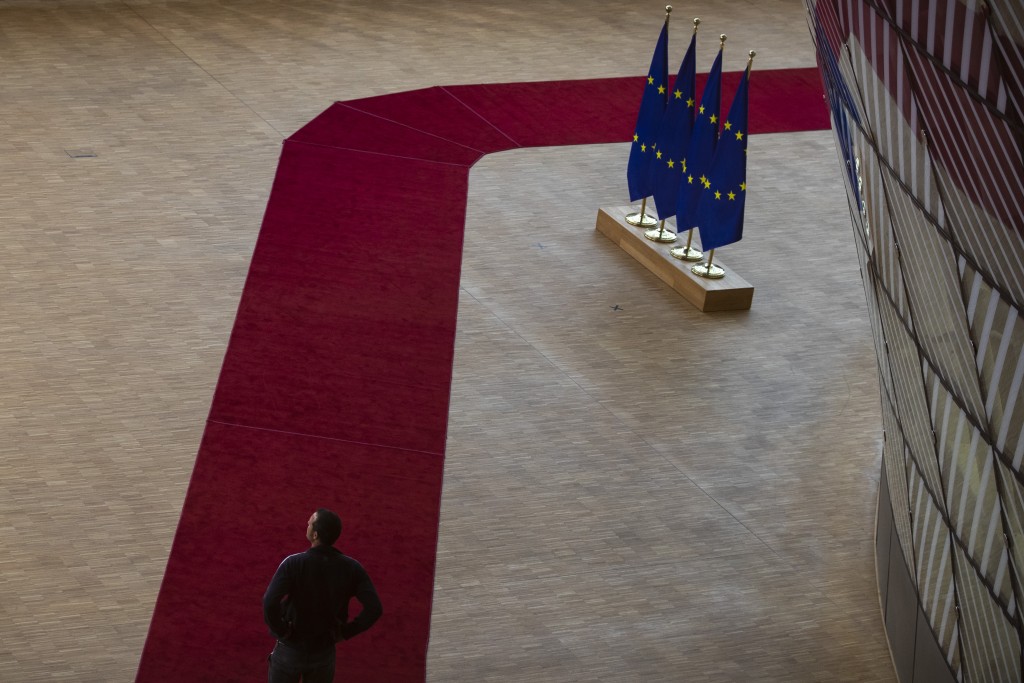 BRUSSELS (AP) — European Union leaders are meeting Friday in the largest room they could find at their summit center so they can keep apart as a health precaution. That's not the only way in which they are far apart — they are also a long way from one another on the subject of the meeting: plans for an unprecedented 1.85 trillion euro ($2.1 trillion) EU budget and recovery fund.

French President Emmanuel Macron led the early negotiations, arriving Thursday and using the the pre-summit hours to meet with Dutch Prime Minister Mark Rutte, a stringent budget hardliner and considered one of the biggest obstacles to reaching a deal at the two-day meeting.

It could go even longer, if necessary, to bridge the differences between leaders.

“We want a result and we will continue working until we get that result,” if need be until Sunday, said Latvian Prime Minister Arturs Karins upon arrival.

The challenges facing the 27 EU nations are formidable. The bloc is suffering through the worst recession in its history and member states are fighting over who should pay the most to help other countries and which nations should get the most to turn around their battered economies.

“The crisis brought about by this pandemic, with all of its economic and social consequences, is the most severe we have had to face since the Second World War,” European Council President and summit host Charles Michel said late Thursday.

The urgency is such that the leaders have ended a string of coronavirus-enforced videoconference summits and are meeting in person for the first time since the pandemic began its devastating sweep around the globe.

The usual summit venue, an intimate room high up in the urn-shaped Europa center, was deemed too snug to be safe and instead the leaders have been sent down to meeting room EBS-5, whose 850 square meters (9,150 square feet) normally fits 330 people.

Delegations will be cut to a minimum, leaving leaders more dependent on their own knowledge of complicated dossiers. It should put a smile on the face of German Chancellor Angela Merkel, who has been in office for 15 years and seen countless leaders come and go.

Since the pandemic struck, she is seen as a safe pair of hands to lead her country through the crisis and now that Germany holds the rotating six-month EU presidency her stature will be even greater at the summit. And throw in that she is celebrating her 66th birthday on Friday.

There may be cake but it will hardly be a cakewalk for Merkel.

The members were already fighting bitterly over the seven-year, 1-trillion-euro EU budget when COVID-19 was still a local story in Wuhan, China, late last year. Then the virus hit the EU head-on and estimates are now that the economy of the 19 countries that use the euro currency will contract by 8.7% this year.

It sent the EU into a panic as it was at a loss on how to coordinate policies of its member states early on. Now, the EU’s executive is proposing a 750-billion-euro recovery fund, partly based on common borrowing, to be sent as loans and grants to the most needy countries.

Merkel, who is in her last term and has her political legacy at stake, already got Germany to agree to join in a common debt program to alleviate the economic suffering in mostly southern and eastern member states.

And she has agreed to include grants and not just loans in the recovery package to avoid overburdening member states with high debt already.

Rutte doesn't like that and Dutch officials said they would stick to their tough line going into the summit, raising the specter that a further summit might be needed.

There are also plans to link budget funds to respect for basic democratic rights that the European Parliament says are under threat in nations like Hungary and Poland. Some eastern European nations will be objecting to having that as part of the deal.

Hungarian Prime Minister Viktor Orban was clear upon departure that he would fight any such strings attached to the plan.

“The Hungarian position is clear: Hungarians should decide about Hungarians’ money," he said.