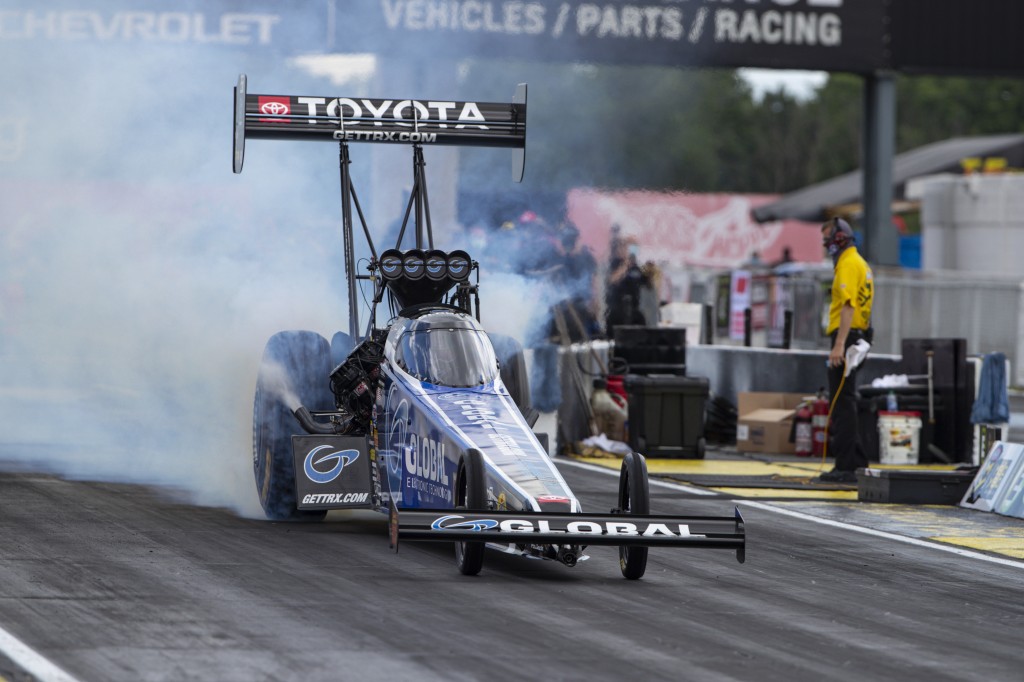 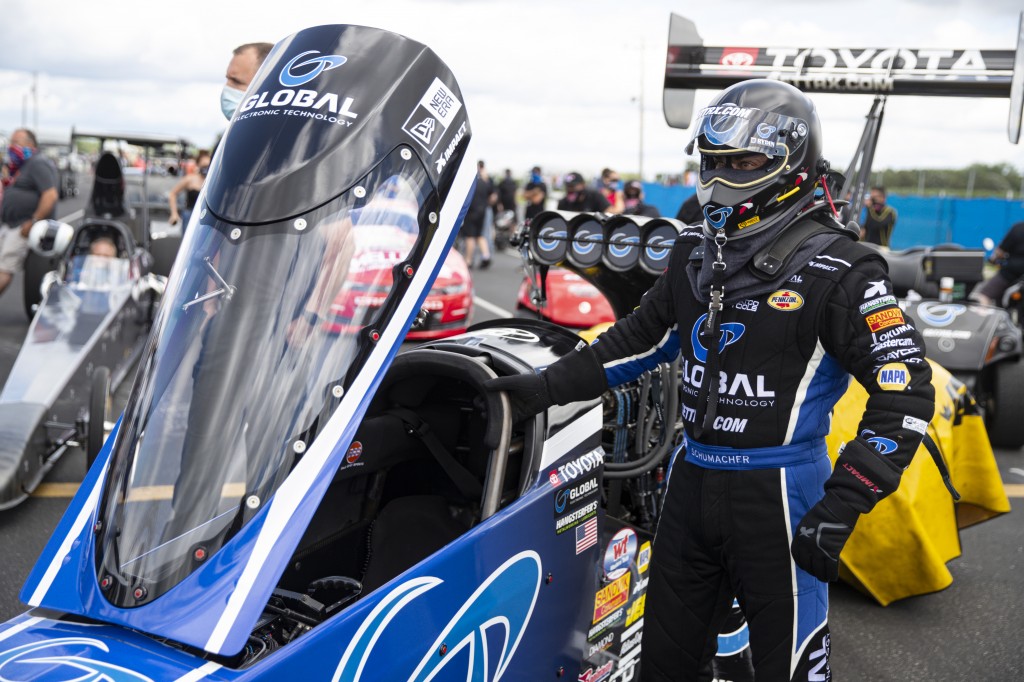 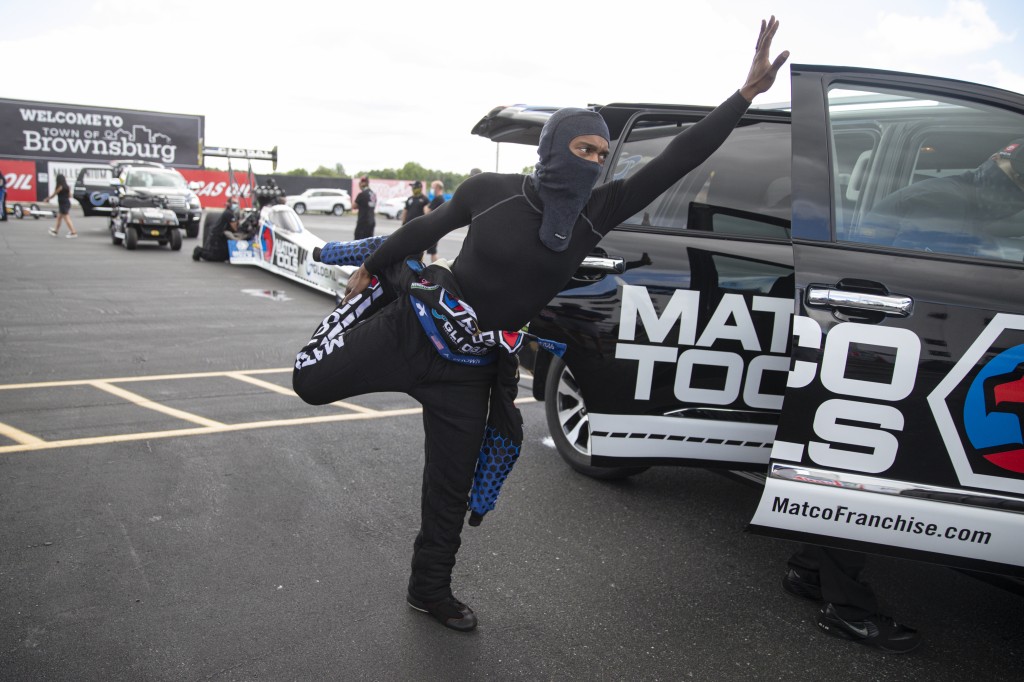 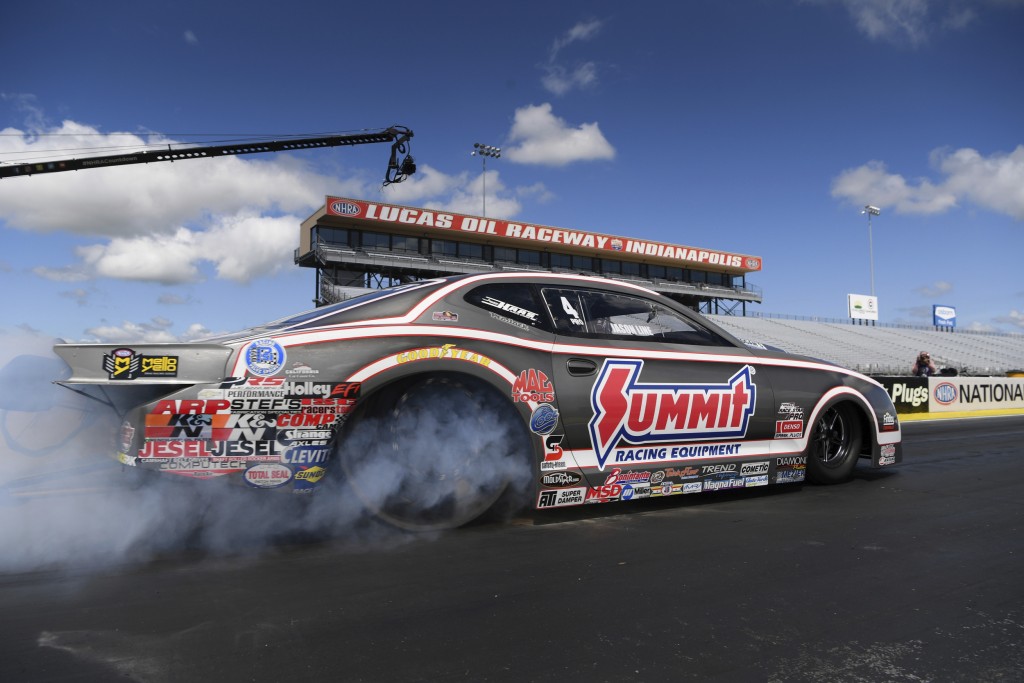 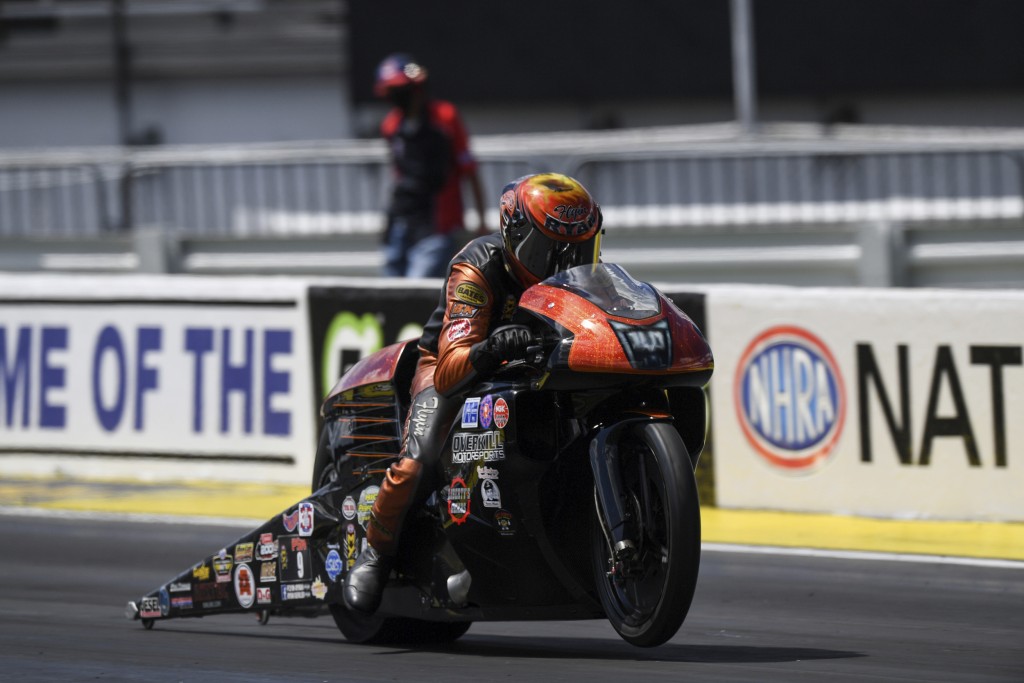 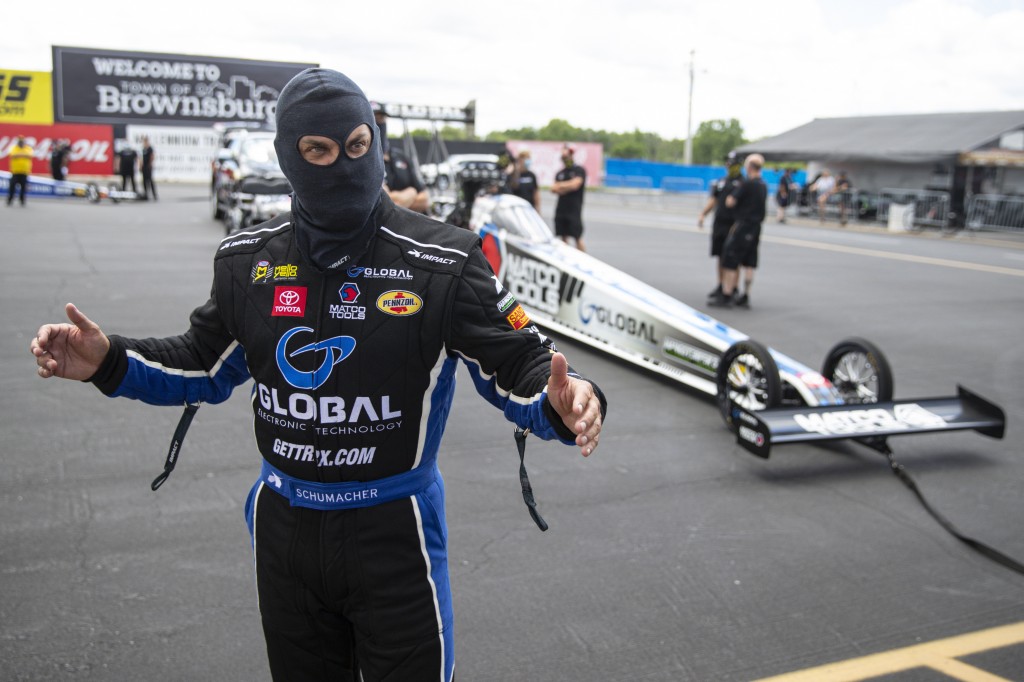 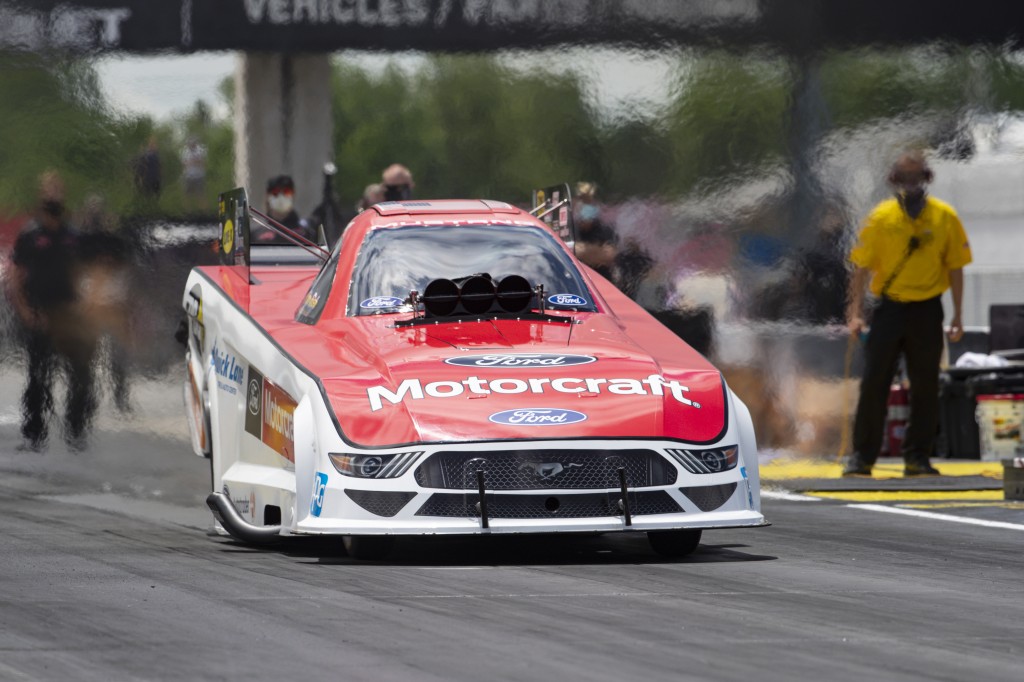 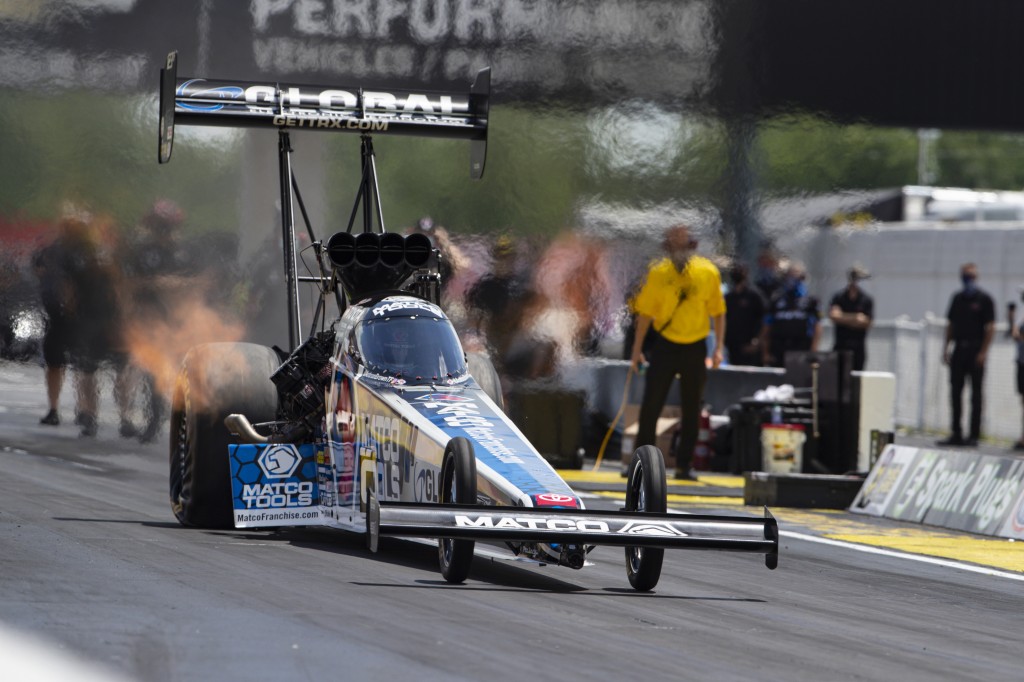 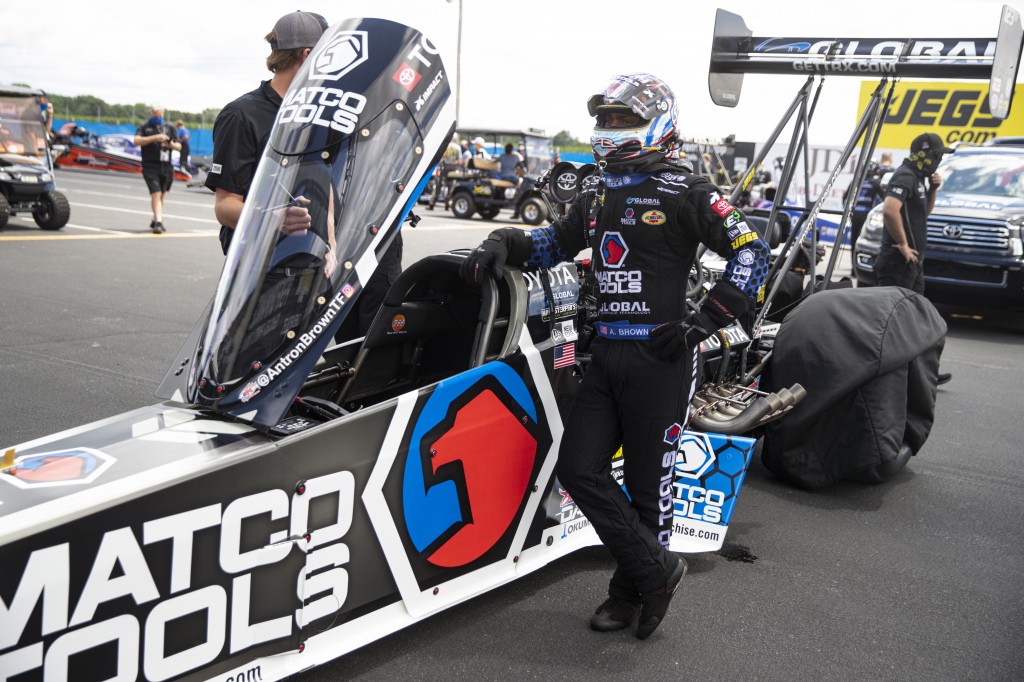 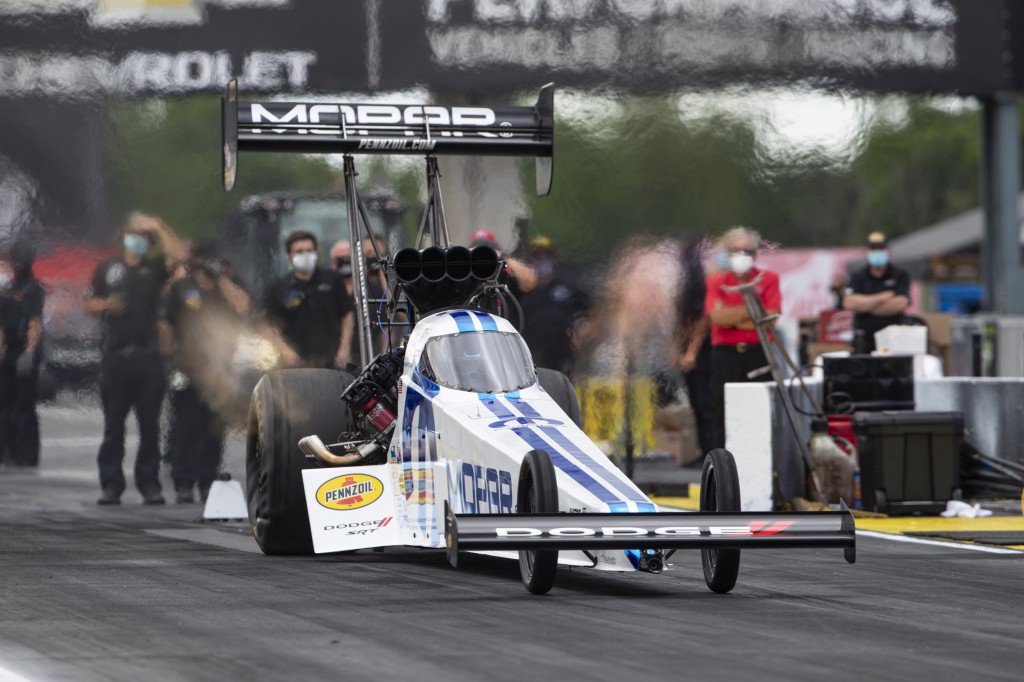 Furloughed crew members sought out odd jobs to pay bills. Some of his teammates started driving cement trucks. And Hagan thought about how his father, a car dealership owner, continued paying employees despite losing millions during the recession that hit in 2008.

Eventually, Hagan concluded, the world's premier drag-racing series must get back to work.

“A lot of people, like my wrench guys, they don't have anything else," Hagan said as the NHRA cranked back up in Indianapolis last weekend. “So I appreciate the NHRA taking the steps needed to keep these guys employed and say we're taking a step forward, toward getting back to normal."

With their series shut down for 138 days, NHRA officials spent months revising schedules, grappling with how to bring fans back and reassuring sponsors it would be safe — even with the potential of another shutdown if the recent spike in positive COVID-19 tests continues.

The most glaring difference last weekend was the absence of John Force Racing amid speculation the team had lost too many sponsorship dollars to compete. Team spokeswoman Sara Slaughter declined comment.

Still, Cromwell insists the series is in a strong position because none of its primary sponsors walked away.

“I think sponsors at all levels are evaluating their investments, but I think that speaks volumes about the NHRA and a lot of the race team sponsors that they stuck by us," he said. "They believe in the sport. The NHRA is in a stable position, and I think we're in a good place."

At the grassroots level, drag racing might be in the strongest position of any racing series.

While only about 20% of race venues in the U.S. and Canada are drag strips, Tim Frost, publisher of National Speedway Directory, estimates 250,000 of the roughly 400,000 American racers are dragsters.

The reason: It's cheaper and draws larger fields, which leads to bigger purses.

Can the NHRA continue to draw big crowds under the new guidelines?

Fans must pass temperature checks and wear face coverings before entering and ticket sales have been limited to 10-15% of Indy's capacity, which normally seats 30,000 to 40,000 for U.S. Nationals in September.

At least it's a start.

“It feels good, it feels really good to be back doing what we do and the fans have been so supportive," said Antron Brown, a three-time top fuel world champion. “You see them out here, coming up to you to show their support. It just feels good to come back and give them some action.”

Some die-hard fans couldn't wait to experience the roar of the chest-thumping 11,000-horsepower engines or breathe in the indescribable mixture of burning rubber and burning fuel.

Organizers did not announce an official attendance for last weekend. According to sportsmediawatch.com, a rare NHRA appearance on the FOX broadcast network drew a rating of a 0.46, or 689,000 viewers, down from a 0.6 rating and 920,000 viewers from FOX's first telecast last season.

Series officials are hoping for better results in Colorado, Minnesota, Kansas and Atlanta before returning to Indy in early September for the U.S. Nationals and the rescheduled All-Stars competition.

And with payouts and jobs on the line, the NHRA needs bigger crowds, better television ratings and steady sponsorship to stay on schedule as it tries to thrive in a sports world starved for competition.

“We have to have fans at the race because they pay the purses and we need to have sponsors to run these cars," Hagan said. “There comes a time when you have make a decision about what you're going to do. Nobody wants to lose lives. But it's almost like if you don't do this, it gets to a point where starving to death is a lot more scary than catching the virus."