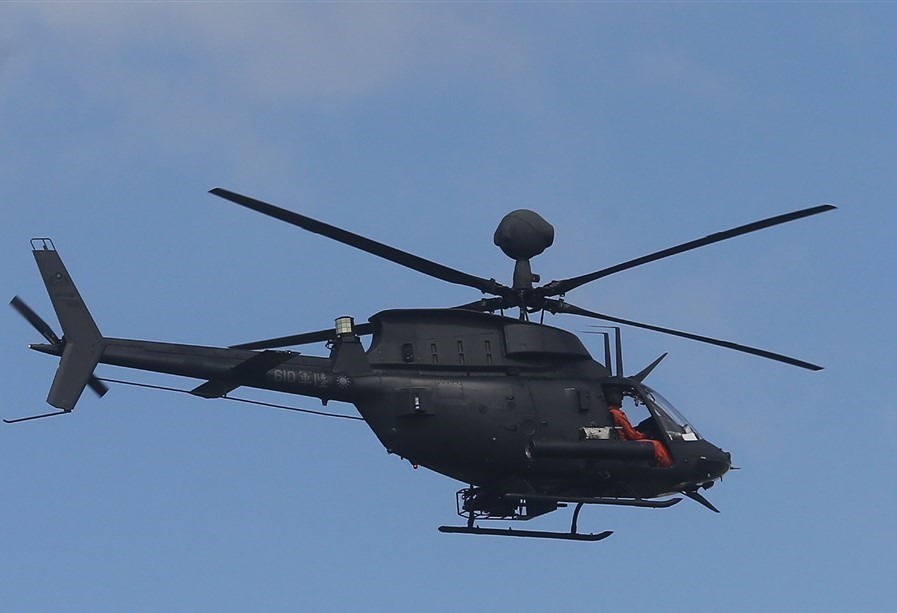 TAIPEI (Taiwan News) — Following the tragic Kiowa helicopter crash Thursday (July 16) afternoon, in which both of the pilots died, Minister of National Defense Yen Teh-fa (嚴德發) paid his respects to their families and praised the pilots as national heroes.

On Thursday evening, Yen visited Hsinchu Air Force Hospital to express his condolences, saying the two officers were national heroes. He stated that in order to reduce collateral damage, they sacrificed themselves in a final noble and righteous act, CNA reported.

Yen said President Tsai Ing-wen (蔡英文) is following the matter closely and she will also personally offer condolences and provide full assistance to the families.

The Army’s Aviation and Special Forces Command said Thursday that as the helicopter belonging to the 601st brigade was returning to base in Lung Tan after performing combat readiness operations, the rotor speed slowed too much, resulting in a hard landing at Hsinchu Air Force base. The pilot, Army Major Chien Jen-chuan (簡任專), and the co-pilot, Captain Kao Chia-lung (高嘉隆), both suffered serious injuries in the crash and were sent to the hospital.

Yen said the Army has set up a task force to investigate the cause of the incident. He added that he hopes Taiwanese will provide spiritual support to the two officers for their heroism.