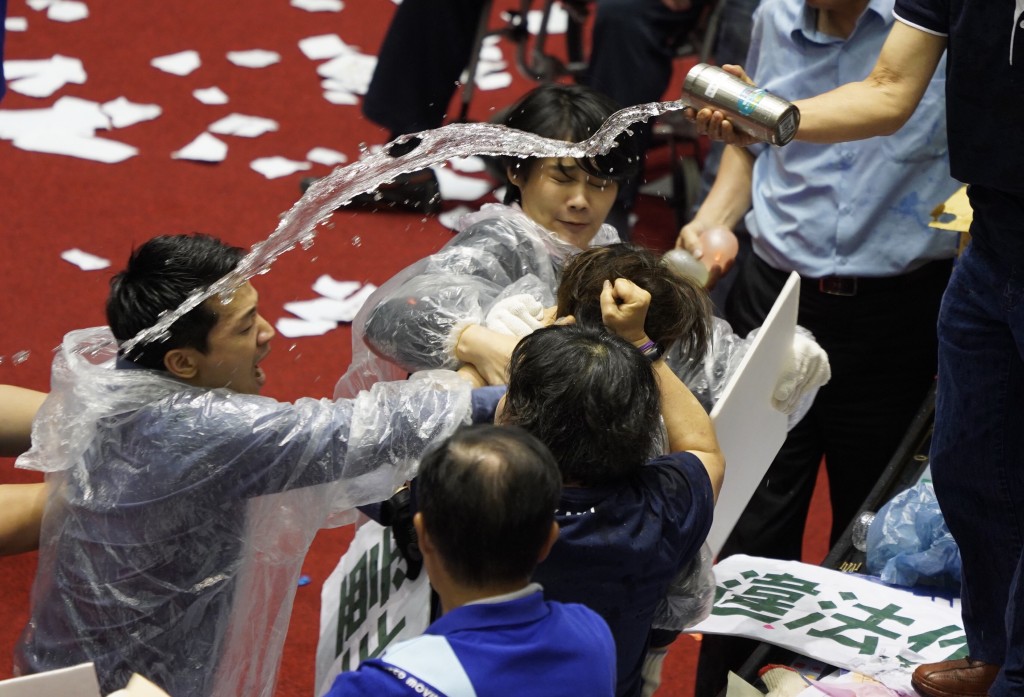 The 29 members of the Control Yuan are nominated by the president for a six-year term, but the appointment has to be confirmed by the Legislative Yuan. According to recent legal amendments, the new Control Yuan will also include a National Human Rights Commission.

While the ruling DPP praised Chen as the right person in the right place — considering her past as a political prisoner and human rights activist — the opposition accused her of being unsuited due to her long career as a politician. Chen served as labor minister, mayor of Kaohsiung City, and most recently as secretary general of the Presidential Office.

Friday’s vote saw 65 out of 113 lawmakers approving Chen’s nomination, three voting against and two casting invalid ballots. Even while the result of the vote was being announced, clashes between ruling and opposition lawmakers that marred the past few days continued, with Kuomintang (KMT) members throwing water balloons at their adversaries, CNA reported.

When the KMT previously tried to prevent Chen from speaking at the Legislative Yuan, violence broke out, with several legislators being ferried to the hospital for treatment. As the DPP has long proposed the abolition of the Control Yuan and the handing over of its functions to other government bodies, Chen said she was mentally prepared to be its final president.

Following Friday’s vote, the KMT said it would not accept the result, while the smaller opposition Taiwan People’s Party (TPP) said it would take the issue to the Council of Grand Justices for a ruling on its constitutionality. In addition to endorsing Chen, the Legislative Yuan also approved all 27 nominees for members of the Control Yuan, all of whom will be sworn in on Aug. 1.