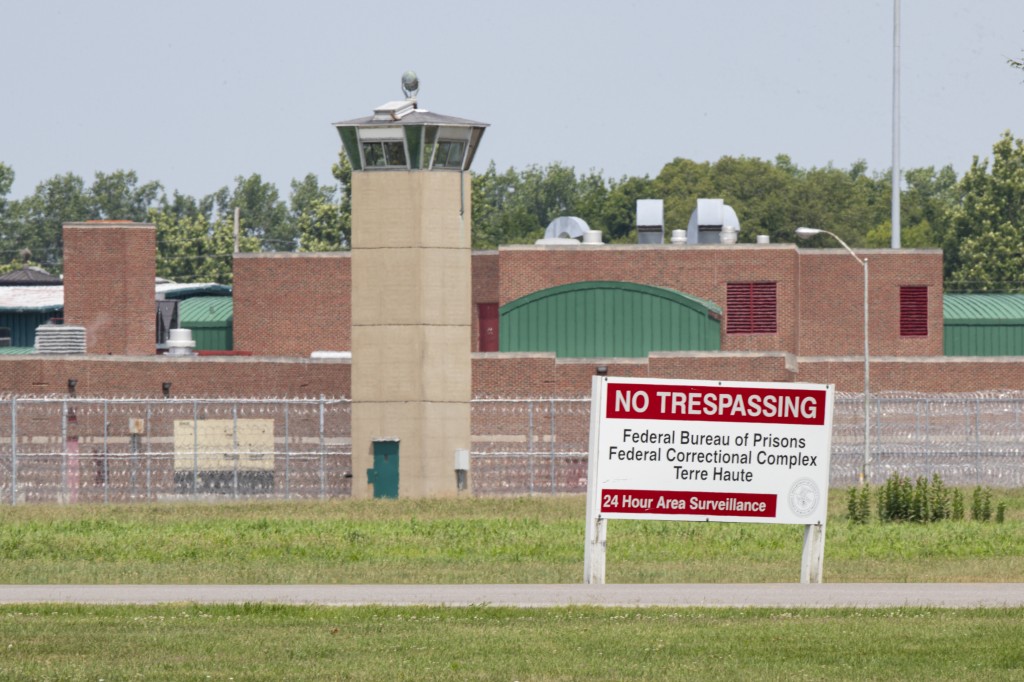 TERRE HAUTE, Ind. (AP) — A meth kingpin from Iowa who killed five people, including two young girls, is scheduled Friday to become the third federal inmate to be executed this week, following a 17-year pause in federal executions.

Dustin Honken, 52, was sentenced to death for killing government informants and children in his effort to thwart his drug trafficking prosecution in 1993.

Honken is set to die by a lethal injection of the powerful sedative pentobarbital at the federal prison in Terre Haute, Indiana, where he’s been on death row since 2005. His lawyers are making last-minute pleas for a reprieve, but their chances of success seem remote after the Supreme Court reversed lower-court orders that sought to block the executions of two other men this week.

Daniel Lewis Lee was executed Tuesday morning and Wesley Ira Purkey was put to death two days later, each after hours of legal wrangling that the high court ended with 5-4 votes to allow the executions to take place.

Lee was convicted of murdering an Arkansas family in a 1990s plot to build a whites-only nation in the Pacific Northwest. He maintained his innocence to the end, saying just before he died, "I’ve made a lot of mistakes in my life, but I’m not a murderer. You’re killing an innocent man.”

Purkey was executed for kidnapping and killing a 16-year-old girl, Jennifer Long, in Kansas City, Missouri, before dismembering, burning and dumping her body in a septic pond. In his final words, the inmate expressed regret for killing Long and said: "This sanitized murder really does not serve no purpose whatsoever. Thank you.”

A federal judge had ordered an eleventh-hour delay in both executions, citing the prospect that the inmates would suffer severe pain from the execution drug. The judge also would have allowed Purkey's lawyers to pursue claims that he was suffering from dementia and was unable to understand why he was being executed.

The Supreme Court removed those obstacles, noting Tuesday that Texas and other states have used pentobarbital “without incident” in more than 100 executions. The court didn't comment in rejecting the delay relating to claims of Purkey's dementia.

Honken's execution would be the 10th carried out in the U.S. in 2020, including three in Texas, which executes more inmates than any other state. Last year, 22 prisoners were executed, the fifth straight year that fewer than 30 people were put to death in the U.S. — far lower than the 65 executions that were carried out in 2003, the last time an federal inmate was executed.

Honken grew up in Iowa, but moved with a friend to Arizona to try to get rich by cooking meth, which he learned to do after studying chemistry in college. They distributed their product through two dealers based in Iowa.

One of those dealers was Greg Nicholson, who began cooperating with investigators in 1993 after coming under suspicion. Honken was arrested and indicted for conspiring to manufacture meth after Nicholson secretly recorded Honken and testified before a grand jury.

Honken informed the court that he would plead guilty. But days before his July 1993 plea hearing, he and his girlfriend, Angela Johnson, went searching for Nicholson.

They found him at the home where he lived with his girlfriend, Lori Duncan, and her daughters, 10-year-old Kandi and 6-year-old Amber. The four were kidnapped, shot to death and buried, but their bodies weren't found for seven years. Honken also killed his other dealer, 32-year-old Terry DeGeus, whose body was found a few miles away from Honken's other victims.

Honken was convicted of the Iowa killings in 2004 in a trial that featured extraordinary security measures, including an anonymous jury. Honken was bolted to the floor of the courtroom and wore a stun belt under his clothing to prevent escape attempts.

“I am not going to lose any sleep if he is executed,” said Bennett, who has since retired from the bench. “Normally I would, but the evidence was so overwhelming.”