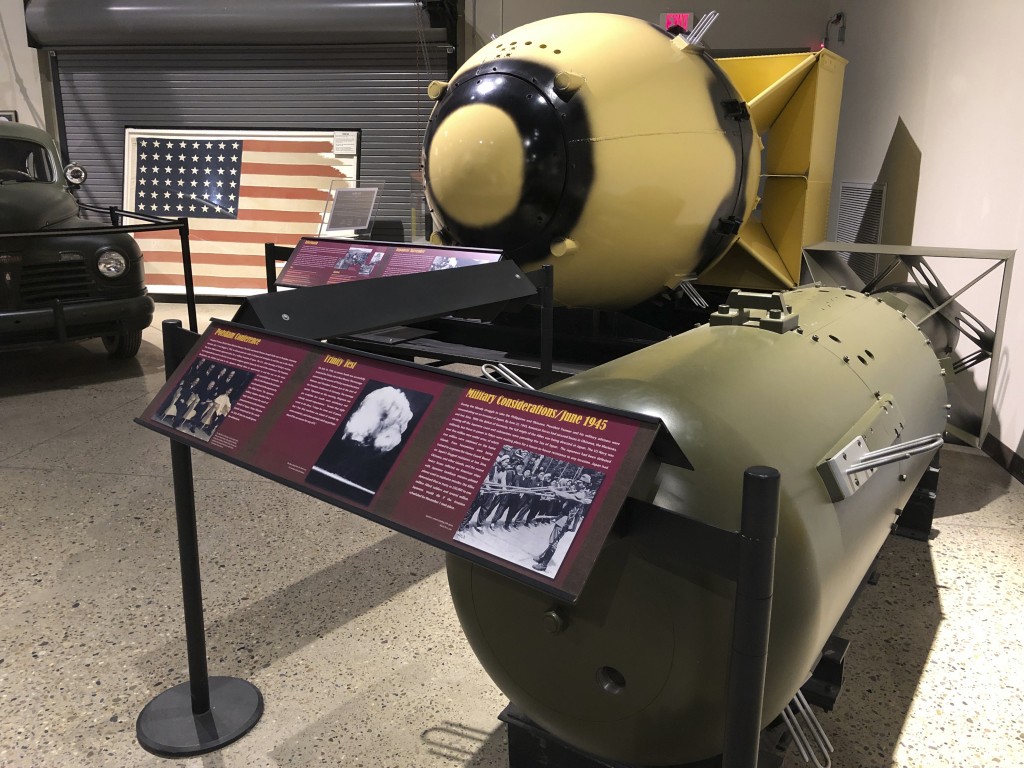 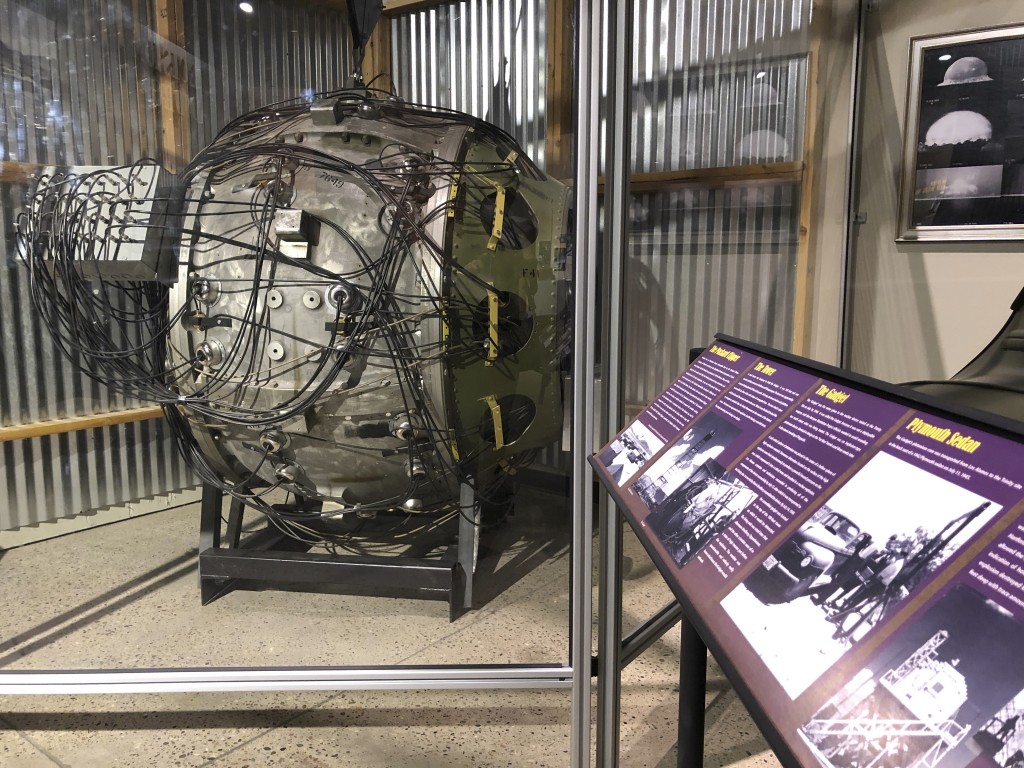 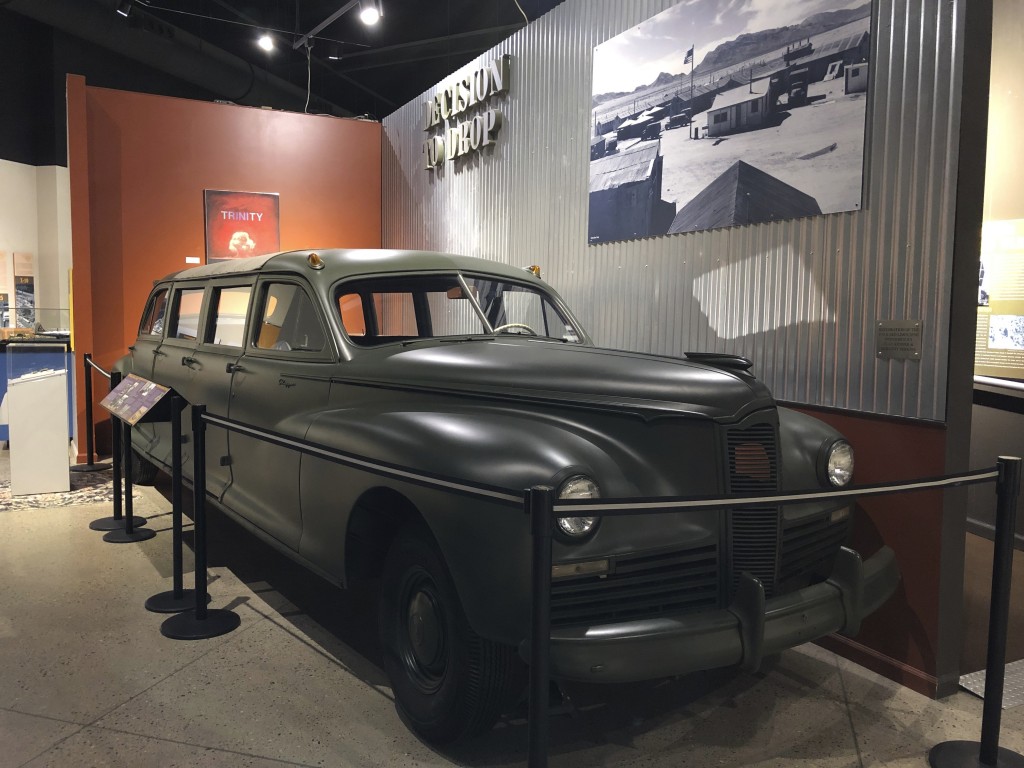 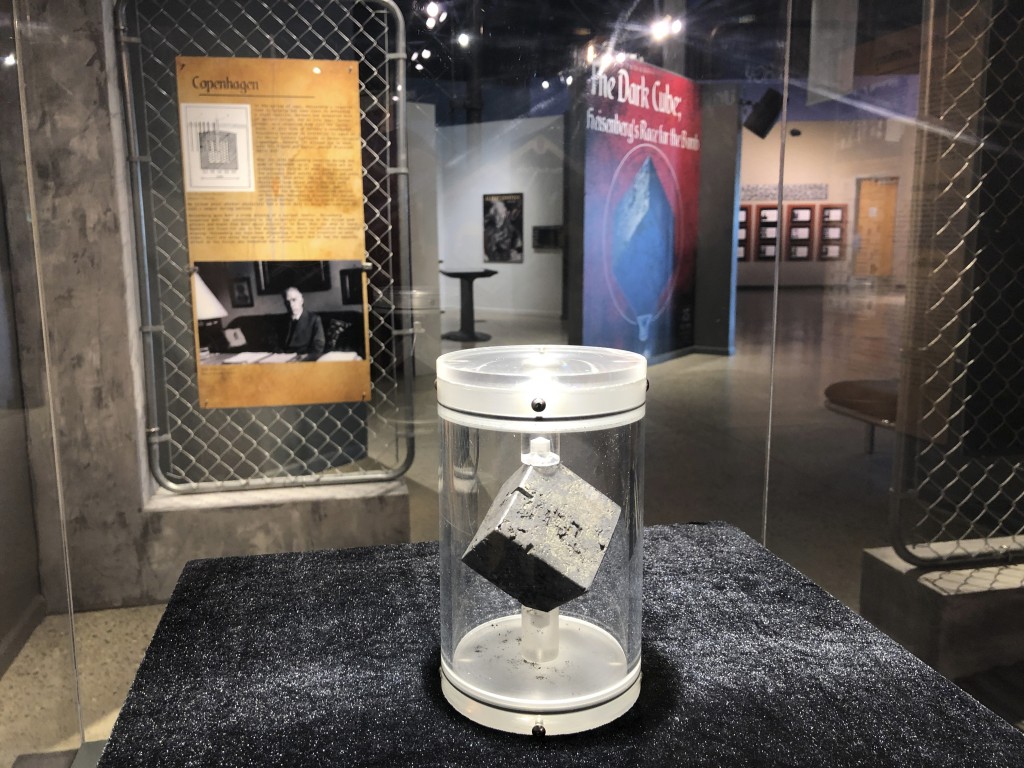 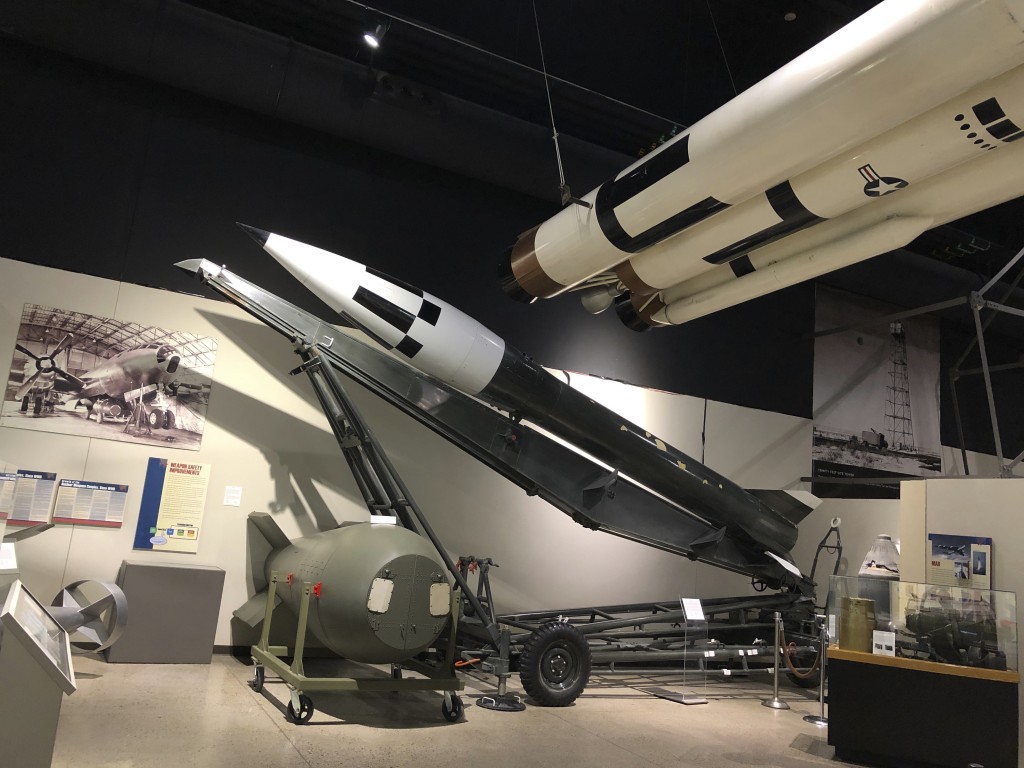 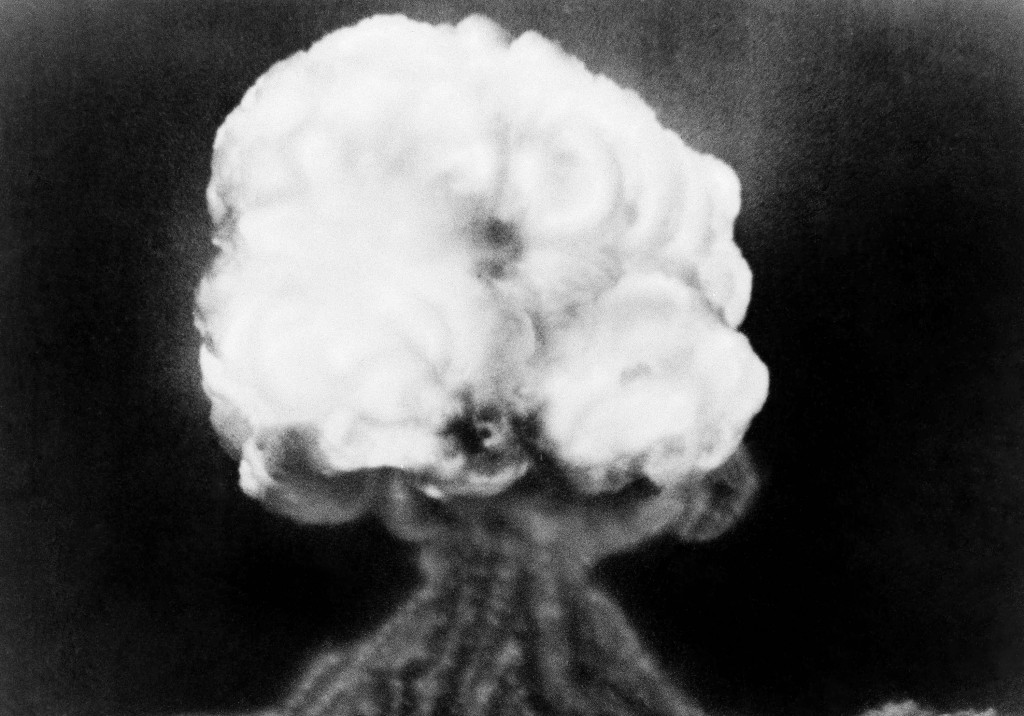 ALBUQUERQUE, N.M. (AP) — Transported in the backseat of a blacked-out Plymouth sedan was the culmination of years of feverish work — a hefty plutonium core that would soon be used to trigger the world’s first atomic explosion.

Within days of being taken in 1945 from a top secret installation in the mountains of northern New Mexico to a desert outpost more than 200 miles away, the core and other components were assembled for what was code-named the Trinity test.

Scientists weren’t entirely sure whether the “Gadget” would work as intended or if the explosion would ignite the Earth’s atmosphere or maybe lead to the evaporation of the planet.

The detonation forever changed the course of history, ensuring the end of World War II and marking the dawn of the atomic age. After 75 years, the test is both revered for the scientific advancements it helped to usher in and vilified for the moral and diplomatic implications that still linger in its wake.

Lisa Gordon-Hagerty, head of the National Nuclear Security Administration, traveled to Los Alamos National Laboratory on Thursday to commemorate the anniversary. The lab is known as the birthplace of the atomic bomb — where Robert Oppenheimer and a disparate collection of physicists went about untangling the theoretical and practical challenges of what came to be known as the Manhattan Project.

The immediacy of their work was fueled by word in the late 1930s that German chemists had discovered fission through their work with uranium and that the possibility of the Nazis setting up nuclear chain reactions had become more real and could lead to the construction of bombs. A group of scientists that included Albert Einstein pressed then-U.S. President Franklin D. Roosevelt about the importance of the United States getting the jump on Germany.

Gordon-Hagerty, a self-described science and history geek, said she often has thought about what it would have been like to stand in Oppenheimer's shoes the morning of the Trinity test.

“I look to the good of what happened 75 years ago,” she told The Associated Press in an interview. “It has saved us from world wars. It has saved untold millions — perhaps billions — of lives over the past 75 years through its application in nuclear medicine and science. To me, that can't be glossed over.”

For others, the atomic test in southern New Mexico and subsequent tests elsewhere have left a painful legacy.

From uranium miners, truck drivers and government workers to those living in communities near test sites, thousands were exposed over the years to radiation that resulted in cancer, birth defects and other illnesses.

Members of New Mexico's congressional delegation say radiation exposure has disproportionately affected minority communities, including those in the shadow of that first test. They lawmakers have been pushing to expand the federal government's compensation program to include “downwinders" in Tularosa Basin. The program currently covers workers who became sick as a result of the radiation hazards of their jobs and those who lived downwind of the Nevada Test Site.

Tina Cordova, a cancer survivor and co-founder of the Tularosa Basin Downwinders Consortium, says many people who lived near the Trinity Site weren’t told it involved an atomic weapon until the U.S. dropped bombs on the Japanese cities of Hiroshima and Nagasaki and World War II ended.

“It's horribly disheartening and unforgivable to be relegated to nothingness, like we don't count for anything while other people are being taking care of," she said, accusing the federal government of looking the other way for decades.

She said the sacrifices of those who lived near the Trinity Site go beyond health implications from the fallout. At that time, she said many women who lived in the rural area were on their own, taking care of their children, while their husbands were fighting in the war. Her grandfather was among them; he was buried in Europe.

Cordova and others also have concerns about New Mexico's continued ties to nuclear research, bomb making and the resulting waste, saying the state already has made enough sacrifices for the good of the country.

Los Alamos is preparing to resume production of the plutonium cores that serve as triggers for the nation's nuclear arsenal. There also are plans by a private company to build an interim storage site in southern New Mexico for spent nuclear fuel from power plants across the U.S., and there has long been talk about the federal government's underground nuclear waste repository near Carlsbad possibly taking on more waste.

“They tell you it's safe and it is right until the minute it's not. And then when it's not, it's catastrophic.” Cordova said. “If you think they're going to come back and take care of things, think again. We've been waiting for 75 years.”

For those who witnesses that first test, it was shock and awe as a searing light flashed across a 200-mile span of the New Mexico desert. One of the biggest concerns at the time was radioactive fallout.

The bomb released energy equivalent of 21 kilotons of TNT — four times as much as had been predicted by most at Los Alamos.

It was the culmination of making something from speculation and a theoretical design into a real thing that worked, said Jim Walther, director of the National Museum of Nuclear Science and History.

“There were just tremendous technical problems to be overcome,” he said. “This was 1945 so we didn’t have circuits yet. ... Yet this was a device that had to set off charges in a spherical way and they had to be absolutely simultaneous. So very tough to do.”

And then there was the challenge of transporting the nuclear material from the Hanford reactor in Washington state to Los Alamos and then down to the test site. It was done in the backseat of an Army sedan. The museum has one of the cars on display along with the 1942 Packard limo that ferried Oppenheimer and other scientists from Los Alamos to the test site.

Nearby is the 48-star American flag that flew over Trinity Base Camp and a replica of the “Gadget,” with insulated wires looping around its aluminum hull to each detonation plug.

Gordon-Hagerty says she's amazed to think about how far science has come since then, equating the drive and focus of the Manhattan Project scientists to the mission her agency has before it in modernizing the nuclear stockpile and maintaining global deterrence.