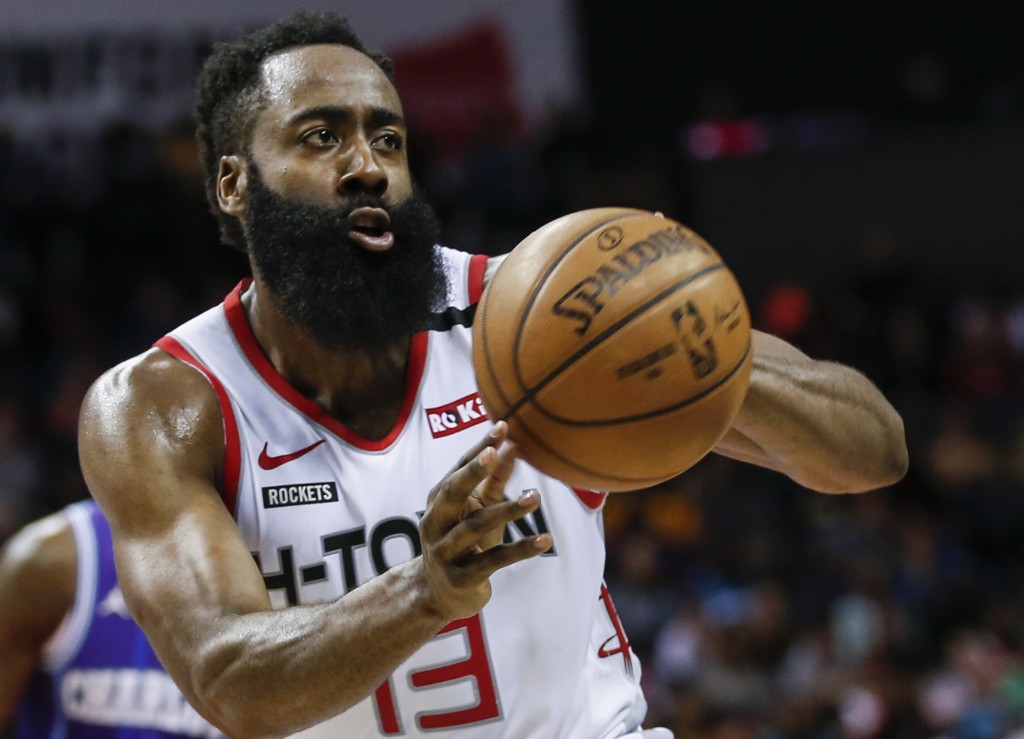 LAKE BUENA VISTA, Fla. (AP) — NBA scoring leader James Harden of the Houston Rockets practiced with his team for the first time in more than four months Thursday, saying his arrival at the league's restart bubble at Walt Disney World was delayed by family issues.

Harden came to Disney earlier this week, satisfied his league-mandated quarantine requirements and got cleared to participate.

“I'm happy I'm here," Harden said. “It felt actually really, really good to be out here with the guys, getting after it, just pushing our way. Every single day is going to be a new challenge for us."

Harden has been working out, but said Thursday was his first time playing actual 5-on-5, contact-laden basketball in more than a month.

“I pushed myself through it today," Harden said.

Harden’s arrival means Houston finally has half of its starting backcourt at Disney. On Monday, guard Russell Westbrook revealed that he tested positive for COVID-19.

It's not known when Westbrook will be ready to arrive. But Harden wasted no time in impressing his teammates.

“He looked good,” Houston coach Mike D’Antoni said. “He probably was rusty for about 30 seconds. ... A good beginning.”

D’Antoni didn’t expect Harden to do much 5-on-5 work initially, figuring he would need some time to build up his wind. But Harden arrived fully ready, in D’Antoni’s eyes, showing that whatever regimen he was following had paid off.

Harden is a virtual cinch to win his third consecutive scoring title. He’s averaging 34.4 points, well ahead of second-place Bradley Beal of the Washington Wizards. Beal, who isn’t participating in the restart because of an injury, finished the season averaging 30.5 points.

The only way Harden could fall below Beal’s average is if he played in all eight of Houston’s remaining games and scored a total of 11 points or fewer. If Harden played in seven of the eight games and went completely scoreless in each, he would still finish ahead of Beal.