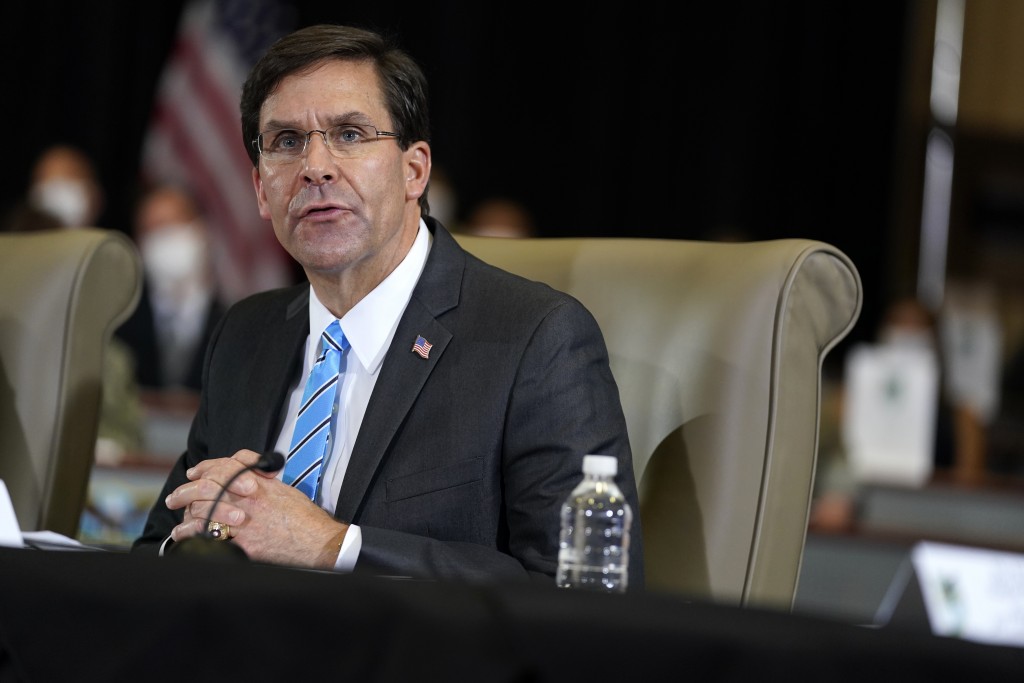 WASHINGTON (AP) — Defense leaders, who for weeks have been tied in knots over the incendiary issue of banning the Confederate flag, are weighing a new policy that would bar its display at department facilities without actually mentioning its name, several U.S. officials said Thursday.

No final decisions have been made, but officials said the new plan presents a creative way to ban the Confederate flag in a manner that may not raise the ire of President Donald Trump, who has defended people’s rights to display it. The officials spoke on condition of anonymity to discuss ongoing internal deliberations.

Defense Secretary Mark Esper discussed the new plan with senior leaders this week, triggering some bewilderment over the lack of an appetite for a straight-forward ban on divisive symbols. The Marine Corp has already banned the Confederate flag saying it can inflame division and weaken unit cohesion. Military commands in South Korea and Japan quickly followed suit and the other three military services were all moving to do the same when they were stopped by Esper, who wanted a more uniform, consistent policy across the whole department.

An early version of the Defense Department plan banned display of the Confederate flag, saying the prohibition would preserve “the morale of our personnel, good order and discipline within the military ranks and unit cohesion.”

That policy was never finalized, and a new version floating around the Pentagon this week takes a different tack, simply listing the types of flags that may be displayed at military installations. The Confederate flag is not among them - thus barring its display without singling it out in a “ban.”

Acceptable flags would include the U.S. and state banners and the widely displayed POW/MIA flag. Official military division and unit flags are also likely to be allowed.

The move is an attempt at finding compromise, as Esper tries to enact a ban that passes legal muster, gives military leaders what they want, but doesn't infuriate the commander in chief. That delicate balance has proven difficult and officials said Thursday there was no guarantee that this latest version would make the final cut.

An apparent sticking point is whether the military services will be allowed to develop their own more stringent policies on what they consider to be divisive symbols, and whether the policy will state that or leave it unsaid.

Army Secretary Ryan McCarthy told reporters on Thursday that he is still working on a policy that would remove all divisive symbols from Army installations.

He specifically didn't mention the flag, but said, “we would have any divisive symbols on a no-fly list.”

Confederate flags, monuments and military base names have become a national flashpoint in the weeks since the death of George Floyd. Protesters decrying racism have targeted Confederate monuments in multiple cities. Some state officials are considering taking them down, but they face vehement opposition in some areas.

Trump has flatly rejected any notion of changing base names, and has defended the flying of the Confederate flag, saying it’s a freedom of speech issue.