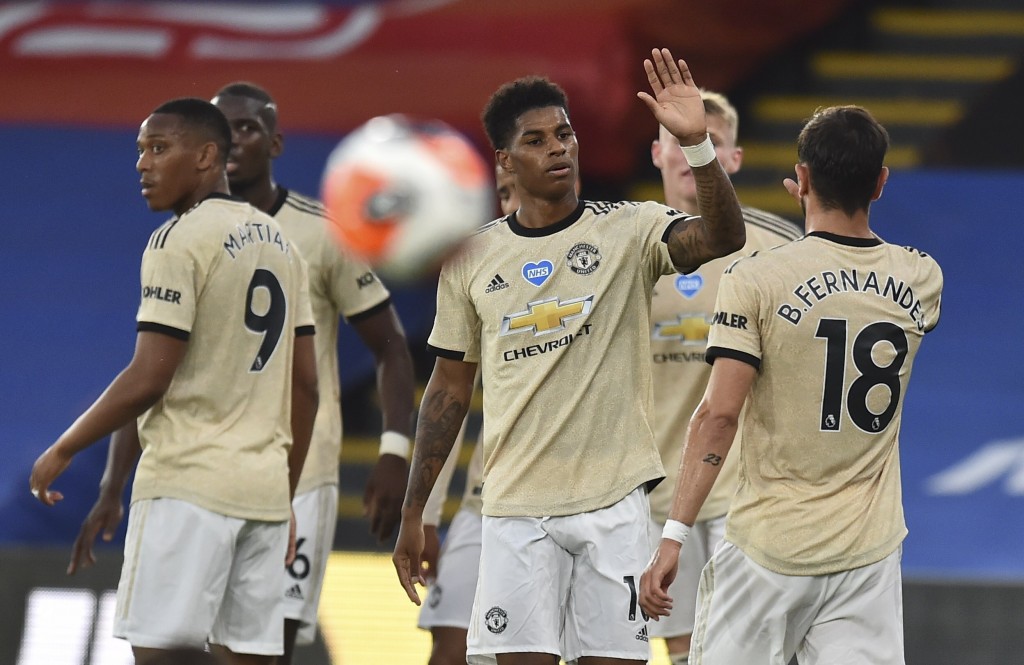 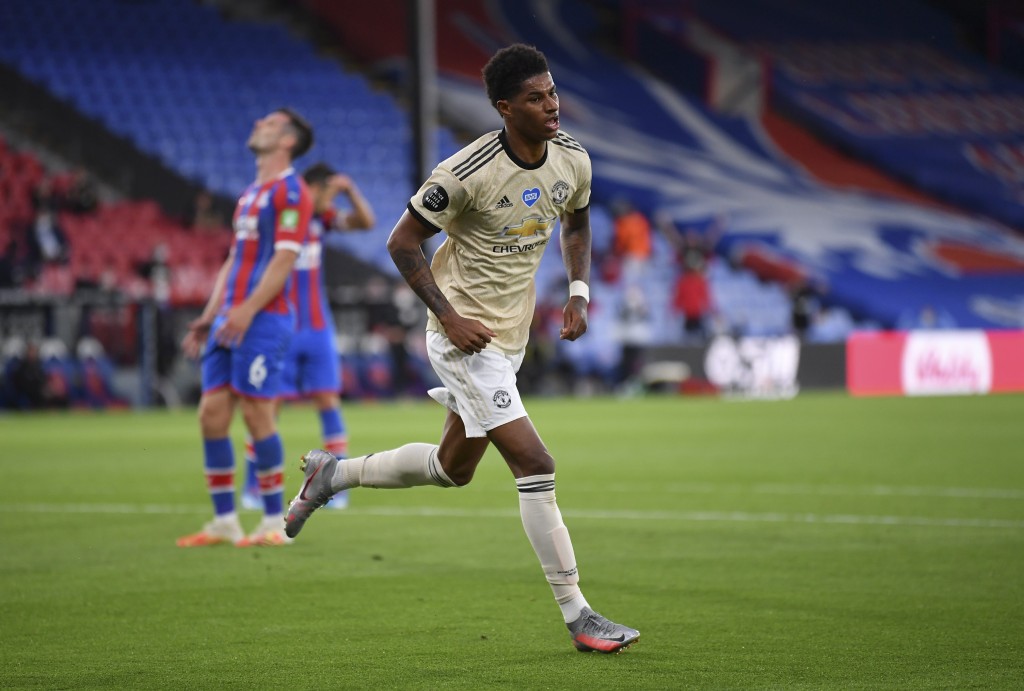 LONDON (AP) — Marcus Rashford scored one goal and set up another for Anthony Martial as Manchester United beat Crystal Palace 2-0 in the Premier League on Thursday to keep pace with Chelsea and Leicester in the race for Champions League qualification.

United is now unbeaten in 19 games in all competitions, a run that has coincided with the signing of playmaker Bruno Fernandes in January. For once, he was overshadowed, though.

Rashford was the stand-out against Palace, producing a feint to take out two defenders before delivering a composed finish to put United ahead in first-half injury time at Selhurst Park.

The England striker then slipped in Martial to control and sidefoot into the corner for the second goal in 78th minute. Both Rashford and Martial moved onto 17 league goals for the season.

United rode its luck at times, with Palace winger Wilfried Zaha denied a strong penalty shout just before Rashford’s goal while the hosts also had a goal by Jordan Ayew ruled out by VAR for the narrowest of offside calls when the score was 1-0.

Fifth-place United stayed tied on points with fourth-place Leicester, but is behind because of its inferior goal difference. Chelsea is a point ahead of both teams with two games remaining.

Leicester hosts Man United in the final round of matches and that is sure to have something riding on it now. Before that, Leicester travels to Tottenham and United hosts West Ham.

Eleven minutes of stoppage time were played, mostly because of an injury to Palace defender Patrick van Aanholt, who fell awkwardly trying to stop Martial scoring the second goal. After a long period of treatment, Van Aanholt was carried off on a stretcher.