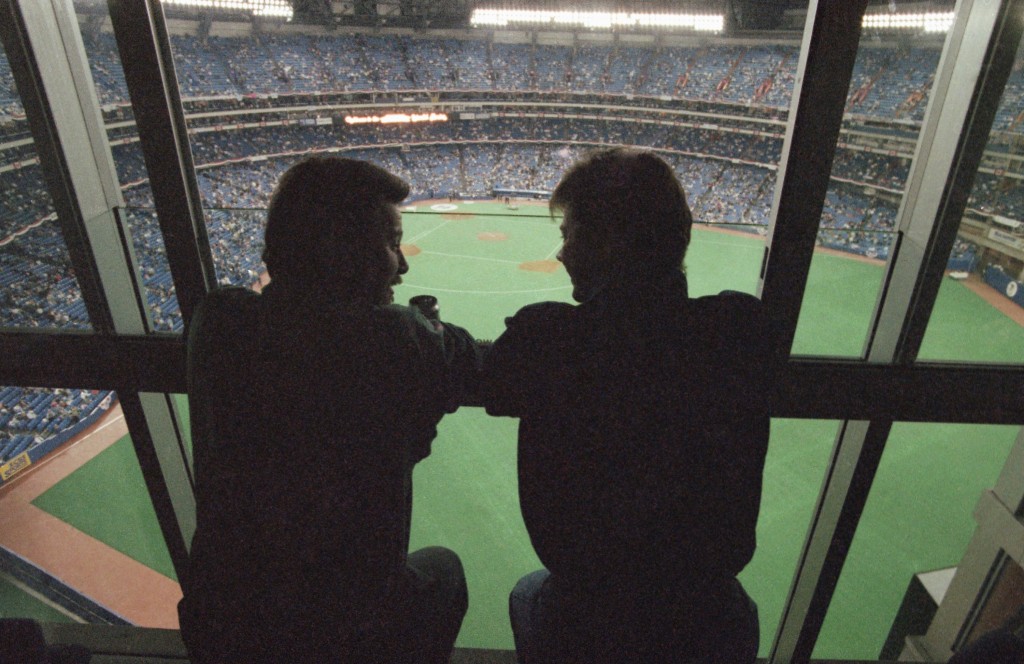 TORONTO (AP) — The Blue Jays have been given clearance by Ontario and Toronto to play regular-season games in Rogers Centre amid the coronavirus pandemic and await approval from Canada's federal government.

“Yes, I look forward to seeing them play even if it's an empty stadium,” Ford said Thursday. “They have great protocols, great guidelines for the players to follow."

“This is one of the most extensive protocols I’ve ever seen to keep people safe in the city of Toronto,” Tory said.

Any exemption requires approval from the federal government, which did not immediately respond to messages.

Blue Jays spokesperson Rich Griffin said the team had not yet received an update. The Blue Jays are scheduled to start July 24 at Tampa Bay and platy their home opener five days later against Washington.

Major League Baseball needed an exemption to a requirement that anyone entering Canada for nonessential reasons must self-isolate for 14 days. The U.S.-Canada border remains closed to nonessential travel, and the two countries are poised to extend the closure to at least Aug. 21

Governments in Canada allowed the Blue Jays to move their summer camp from their training complex in Dunedin, Florida. The Blue Jays created a quarantine environment at Rogers Centre and the adjoining Toronto Marriott City Centre Hotel, which overlooks the field. Players are not allowed to leave the stadium or hotel and face fines or jail time if they do.

But playing regular season games in Toronto means frequent travel between Canada and the U.S. for the Blkue Jays and opponents during a time COVID-19 cases are surging in much of the U.S. Canada has flattened the epidemic's curve.

Blue Jays President Mark Shapiro has said visiting teams would not leave the Rogers Centre and hotel if the regular-season plan is approved.