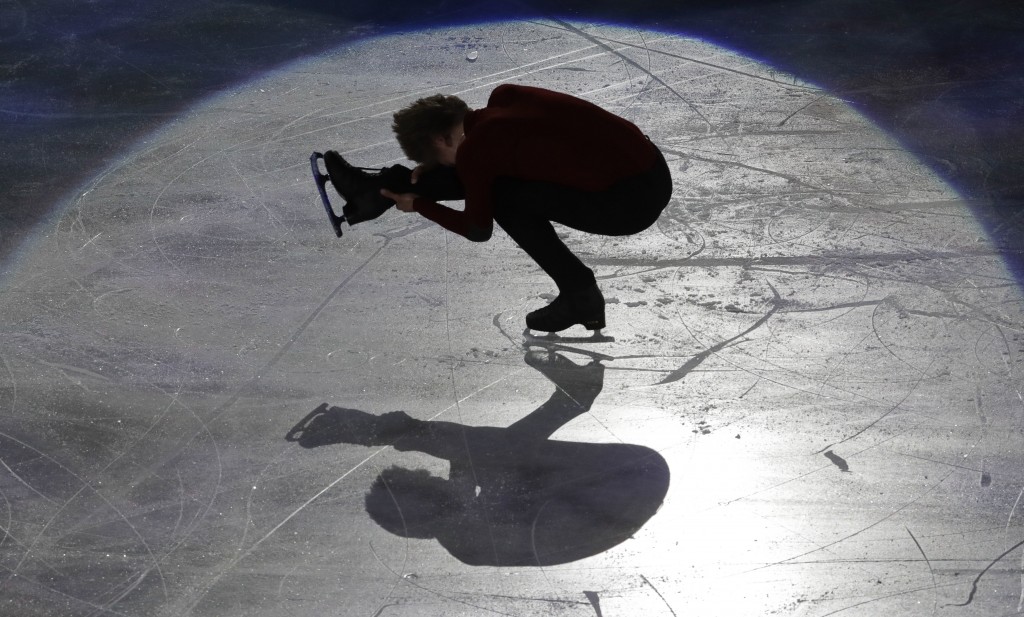 AP Sports Writer (AP) — Peggy Fleming designed her namesake figure skating competition to highlight artistry in the sport, which the 1968 Olympic gold medalist thought had been pushed to the wayside in a modern era emphasizing triple and quadruple jumps.

Now it might provide the blueprint for competition in the age of coronavirus.

The Peggy Fleming Trophy, which had been held at historic Broadmoor Skating Club in Colorado the past two years, was facing the likelihood of cancellation because of the spread of COVID-19 when organizers made a daring decision: They would move the entire event online, creating a first-of-its-kind virtual competition for the 18 men's and women's skaters.

The programs will be streamed by U.S. Figure Skating beginning Friday night.

Each of the skaters was asked to film a program of 3 minutes, 30 seconds, that included certain required elements and a signature move. The programs were submitted to organizers and judged by a panel that included national, international and Olympic judges, and they in turn assessed the performances by emphasizing artistry over technical concerns.

“We put this together in probably six weeks,” Fleming told The Associated Press in a phone interview this week. “It had a lot of moving parts and the technology is way over my head — and my husband's head — but we have a great group that pulled it together. The skaters record from their home rinks at the 50-yard line, kind of where the judges would sit, and we have a technical panel to score them and hopefully it will all work.”

The organizers have done several rehearsals to catch any potential glitches, and Fleming acknowledged nobody is quite sure how the event will go. But if it goes without a hitch, the virtual competition could provide important feedback — if not model — on conducting a figure skating season that is certain to be affected by the coronavirus pandemic.

“Maybe that’s what we’re going to have to do for nationals and worlds, and maybe the Olympics? Who knows?” Fleming said. “Who knows how long this is all going to be with us.”

The International Skating Union has established a working group to discuss the pandemic, but several junior grand prix events that typically take place in August and September already have been canceled. The first Grand Prix event for senior-level skaters is Skate America, which is set for Oct. 23 in Las Vegas.

“It's really insane, you know, not having quite a direction,” said Jason Brown, who won the Peggy Fleming Trophy last year. “I think being athletes, we're so goal-oriented and schedule-regimented, so it's all a little bizarre.”

In fact, Brown had just returned to the rink when he filmed his program for the virtual event. He had been home in Chicago with family since the middle of March, then headed back to his training base in Canada at the end of June. That meant two weeks spent in quarantine before he could hit the ice and run through his routine.

One thing that wasn't bizarre was competing without any crowd noise. Brown said it felt like the hundreds of times he's gone through a routine in practice, and the absence of fans actually took some of the pressure off.

“It's much more chill. Easy-going,” said Karen Chen, a member of the 2018 U.S. Olympic team. “But it's really hard for me to wrap my head around that it's a virtual competition. Personally, I find competitions stressful sometimes, and to eliminate that was kind of fun. But at the same time you lose that competitive adrenaline. It was very weird.”

The format allowed the skaters to film their program multiple times, and Brown ultimately sent in his second take and Chen her third. So if nothing else, the virtual event allowed everyone competing to showcase his or her best for the judges.

“Maybe this is what we'll have to do. I think it would be possible,” Chen said. “I also know that people have been discussing live streaming, but the problem with that would be connections. I was doing remote learning from Cornell and often there would be glitches — you don't hear the professor for 10 seconds or something. So what do you do? I think recording would be the better way to go, but we'll see how it all turns out.”