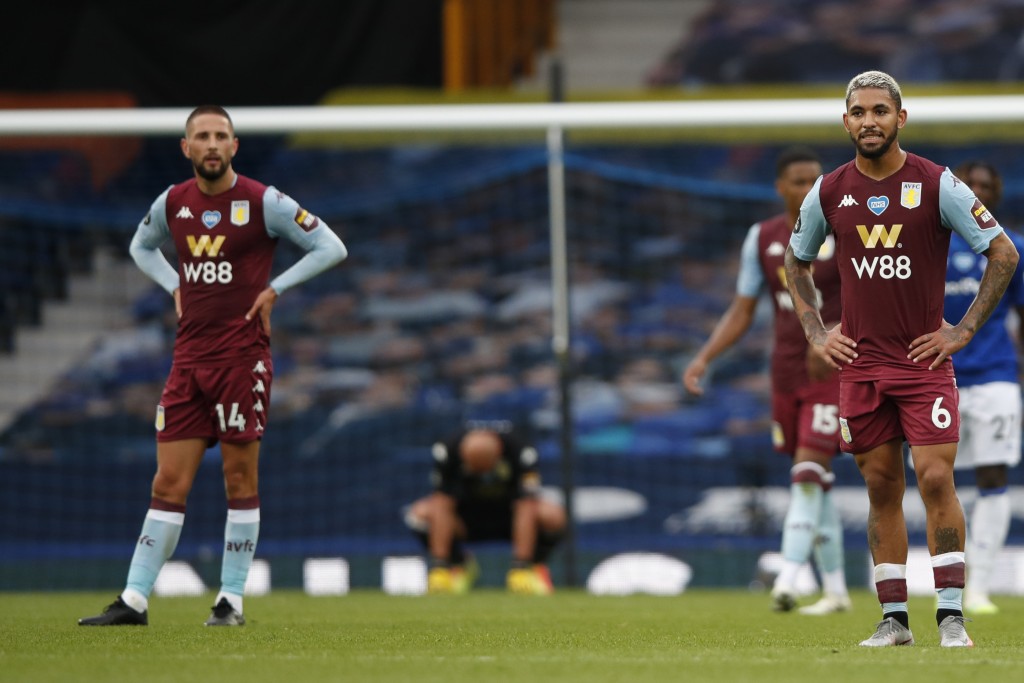 Theo Walcott equalized for Everton in the 87th minute, canceling out defender Ezri Konsa’s goal to leave Villa level on 31 points with Bournemouth, three points from safety with two games to play.

West Ham and Watford, both on 34 points, have three games left to play. West Ham’s final game is at home against Villa on July 29.

Villa and Everton nullified each other in a first half without any clear chances. The visitors were more proactive, forcing Everton’s players to concede the ball, but they had to wait until the second half before they could make their superiority count.

Konsa scored in the 72nd minute, finishing off a fine cross from Conor Hourihane.

Villa substitute Anwar El Ghazi should have made it 2-0 minutes later, but the Dutch midfielder somehow missed what would have been a tap-in at the back post after being set up by Jack Grealish.

The near miss finally prompted a response from Everton, with Dominic Calvert-Lewin going close before Walcott equalized in the 87th. Konsa tried clearing after Walcott headed the ball over goalkeeper José Manuel Reina, but the ball had crossed the line.

Each side had had only one shot on target.