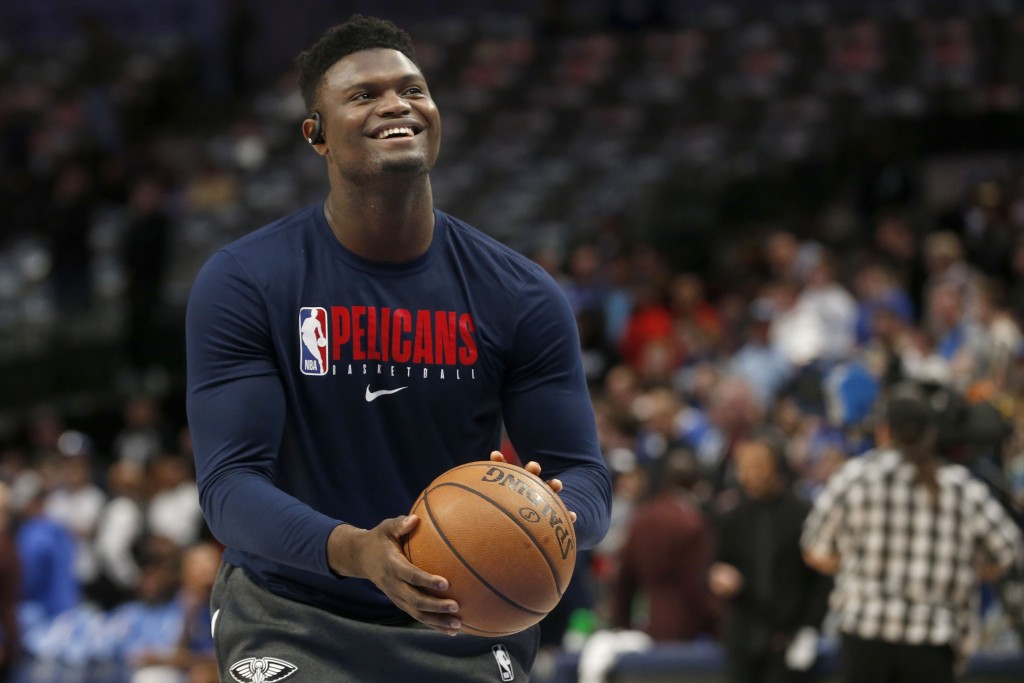 The Pelicans say Williamson intends to rejoin the team in the Orlando area for the resumption of the season, but they did not specify when he would be able to return or whether he'll miss any games.

Williamson will have to quarantine again when he returns to Central Florida, a period that will last at least four days and could be significantly longer if he is not tested daily during his absence from the team.

“We fully support Zion’s decision to leave the NBA campus to be with his family,” Pelicans Executive Vice President of Basketball Operations David Griffin said. “Out of respect for the Williamson family, we will have no further comment at this time.”

Williamson, who starred for one season at Duke, has averaged 23.6 points and 6.8 rebounds in 19 games this season after missing the New Orleans' first 44 games while recovering from preseason arthroscopic knee surgery.