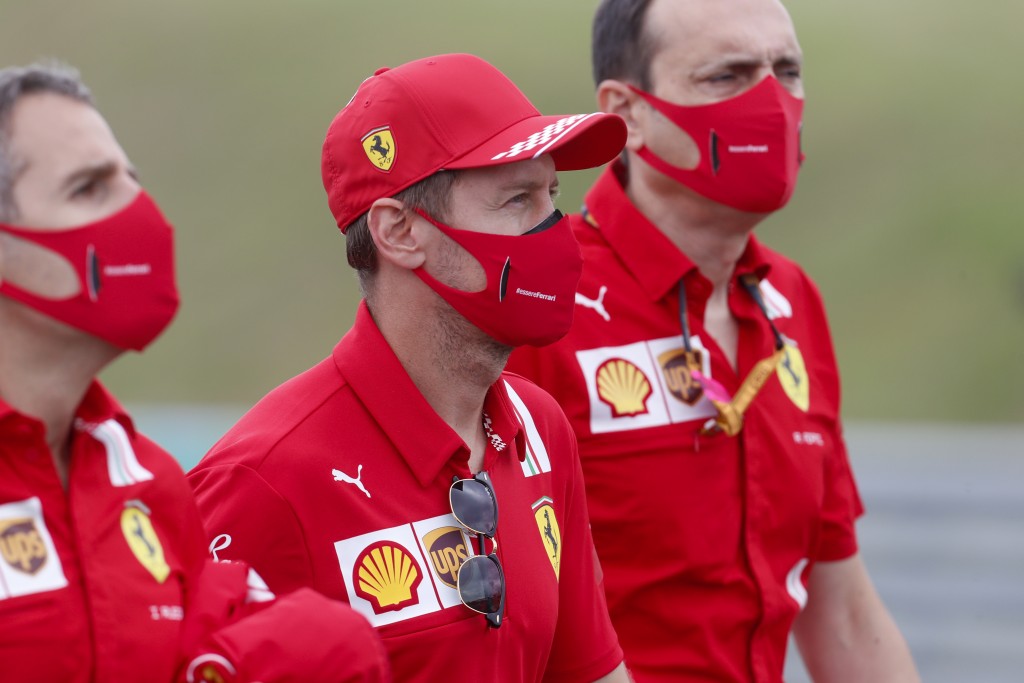 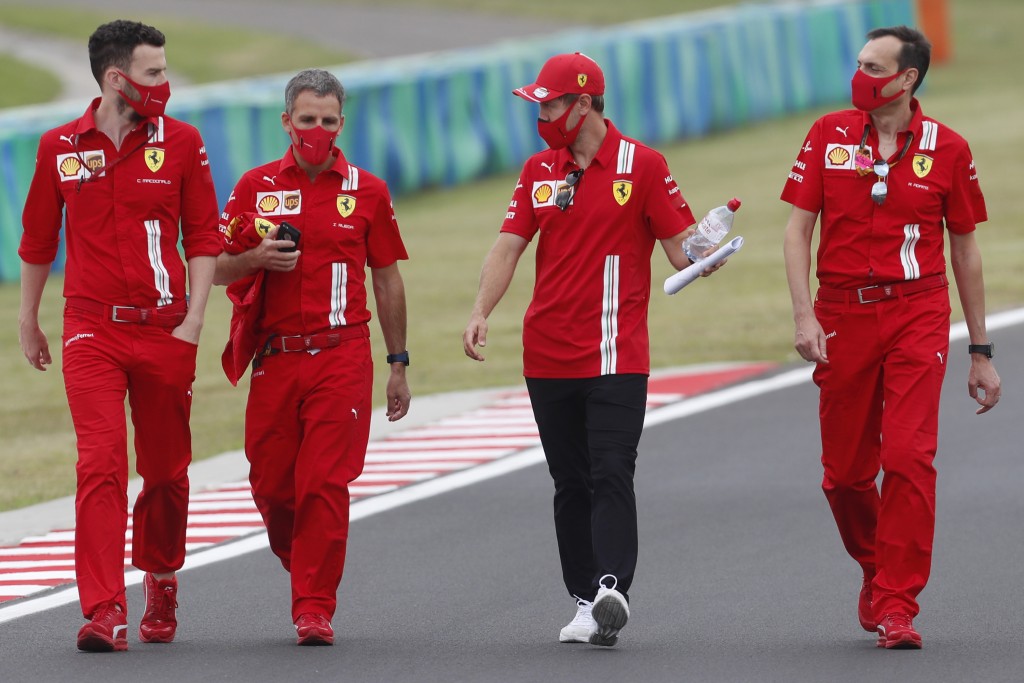 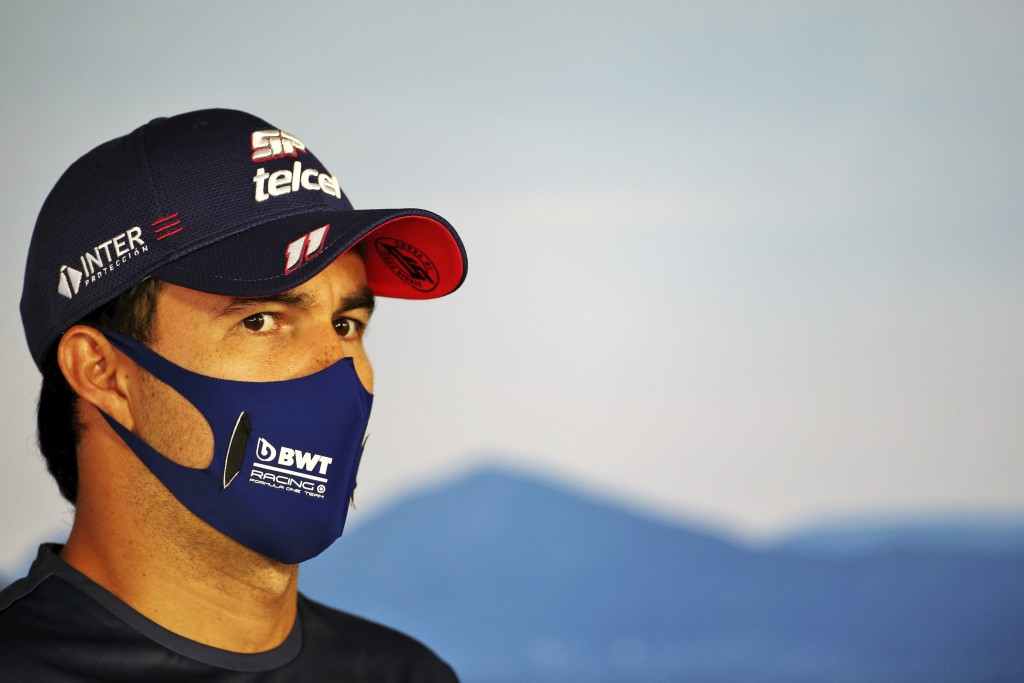 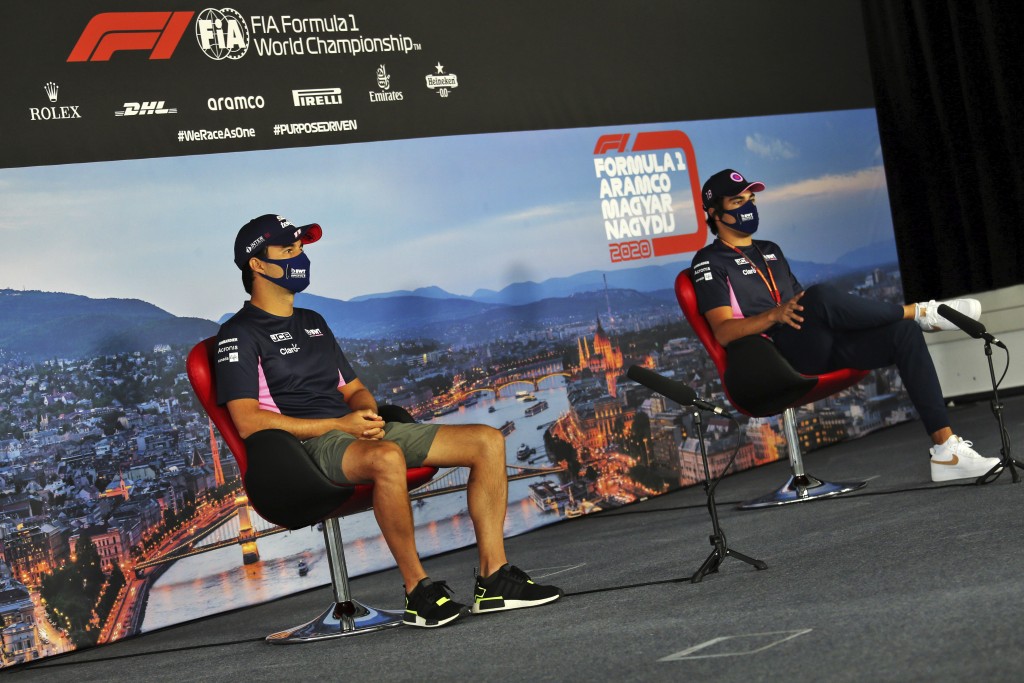 BUDAPEST, Hungary (AP) — Sebastian Vettel confirmed he is discussing a possible move next season to Racing Point, whose driver Sergio Pérez has already been contacted by another Formula One team.

Vettel is leaving Ferrari at the end of the year and his future in F1 remains uncertain. Joining Racing Point could be an option providing it parts way with either Pérez or Lance Stroll, the other driver.

“At this stage I think it’s talks. At a later stage, (as) with anyone, it would then get a bit more concrete,” Vettel said Thursday ahead of the Hungarian Grand Prix. “At this stage everything is still open: driving next year, not driving, maybe coming back (or) doing something different. I’m not feeling pressured to make my decision."

Options are limited for the veteran German driver, even with four world titles to his name.

His former team Red Bull has closed the door on Vettel returning, while Mercedes is expected to keep Valtteri Bottas as Lewis Hamilton’s teammate.

McLaren signed Daniel Ricciardo for at least the next two years, while Renault signed Fernando Alonso to replace Ricciardo.

Vettel was pressed further as to whether Racing Point is his only realistic option next year, other than taking a sabbatical from F1 or retiring.

“There’s two ways to look at it. One is on paper: which seats there are and which there are not," he said. “The other one is that ... I have been around for a long time and you never know, obviously things can always change.”

Racing Point will be renamed Aston Martin next year and has ambitions to compete at the top. Signing Vettel, despite his current lack of form with Ferrari, would send out a strong message in that sense.

“Everybody’s talking about Racing Point," Vettel said. “The first two races have been impressive, the performance on track.”

Even though Pérez is driving well so far this season, he would seem the more likely driver to make way, considering Stroll is the owner's son. His billionaire father completed a takeover of British-based car manufacturer Aston Martin in April.

“I’m determined to stay here,” Lance Stroll said Thursday, brushing aside speculation. “It’s part of the circus, I guess. It’s all part of the silly season, rumors and so on.”

Pérez has been in F1 since 2011 but is only 30 and still in his prime. The Mexican driver has eight career podiums and is a quick and reliable driver.

Talk of Vettel’s potential arrival has already led to interest in his availability next year.

“(This) week the (Vettel) rumors came out and we actually got contacted by a team in the paddock — I won’t say the name — and also from other (racing) categories," Pérez said. “I’ve been in Formula One (for) 10 years so I’m used to this stuff. In Formula One you never know (what can happen)."

He acknowledged that talk of Vettel's arrival boosts the team's image.

“It's good to have big names (linked) to the team, it means we're making good progress,” Pérez said.