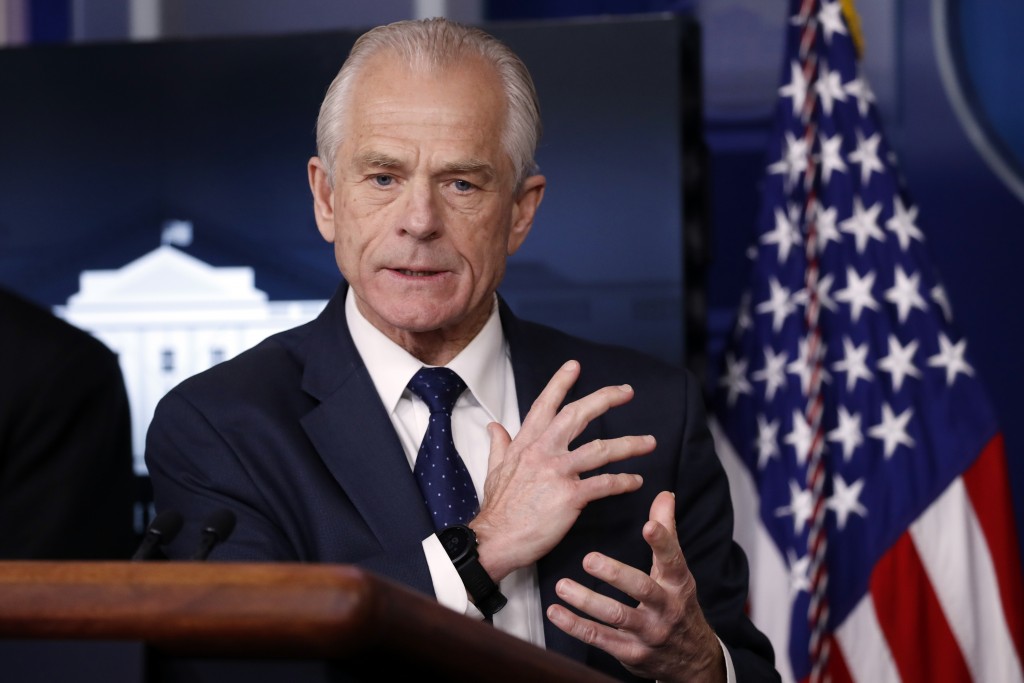 NEW YORK (AP) — USA Today says that a column that the newspaper solicited and published from presidential trade adviser Peter Navarro criticizing Dr. Anthony Fauci was misleading and did not meet fact-checking standards.

The newspaper explained the decision in a note by Bill Sternberg, editorial page editor, attached to the column online. Navarro's column originally moved online late Tuesday and was published in Wednesday's newspaper.

Navarro wrote that Fauci, the nation's top infectious disease expert, “has been wrong about everything I interacted with him on.”

USA Today did not immediately return messages seeking comment on how Navarro's column escaped such scrutiny before being published. The incident is reminiscent of The New York Times saying last month that an opinion column by U.S. Sen. Tom Cotton hadn't been properly vetted, which led to the resignation of the paper's opinion editor.

Navarro also did not immediately return a message.

USA Today said it had sought Navarro's opinion to accompany an editorial that the newspaper ran calling Fauci “a national treasure.”

That editorial said the fact that Navarro was writing the opposing viewpoint “shows how hard it is to find an actual medical professional willing to undercut Fauci.”

It wasn't clear whether the newspaper sought those opinions.

Fauci has essentially been shelved by the White House as a prominent spokesperson on the coronavirus pandemic because he's publicly been more pessimistic than the president. But Trump distanced himself from Navarro's column, saying Wednesday that the column was Navarro's views and “he shouldn't be doing that.”

Navarro claimed in the column that Fauci opposed travel restrictions from China that were imposed by Trump that “might well have saved hundreds of thousands of American lives.” USA Today said there isn't enough data to conclude the restrictions made a significant difference, and that despite some initial skepticism, Fauci backed the president.

The fact-checker also gave more context to Navarro claims about masks, the drug hydroxychloroquine and Fauci's early statements of concern about the virus.