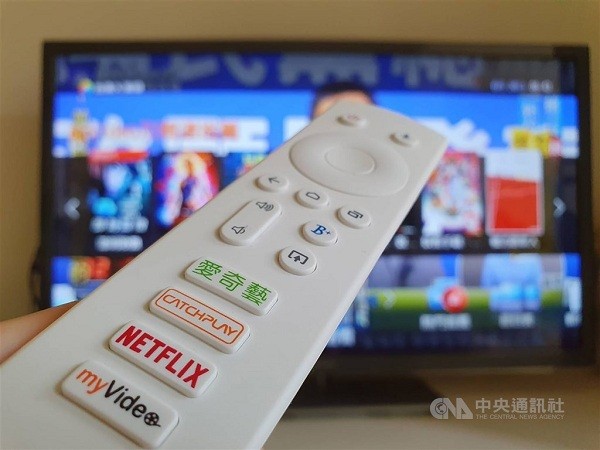 Acting NCC Chairman Chen Yao-hsiang (陳耀祥) said the OTT draft bill includes a prohibition on showing improper content. It will also adopt the idea of “voluntary registration,” but companies with a certain turnover will be required to register.

Companies that should register, according to the regulations, but fail to do so will be fined from NT$100,000 (US$3,390) to NT$1 million. Registered companies will also be required to create and take part in a self-regulatory organization, according to the CNA report.

NCC said it will also look into whether popular streaming service providers, such as Netflix, Catchplay, and FriDay, need to register under the new regulations. It added the draft bill stipulates that Taiwanese companies are prohibited from providing telecom equipment, telecom, internet, and cloud services to illegal companies and should cooperate with the authorities to stop illegal audiovisual services.

The streamed content of Chinese OTT service providers, such as iQiyi and Tencent’s WeTV, violates the Act Governing Relations Between the People of the Taiwan Area and the Mainland Area (臺灣地區與大陸地區人民關係條例), which stipulates Chinese companies can only invest in certain categories of goods and services, not including OTT broadcasts.