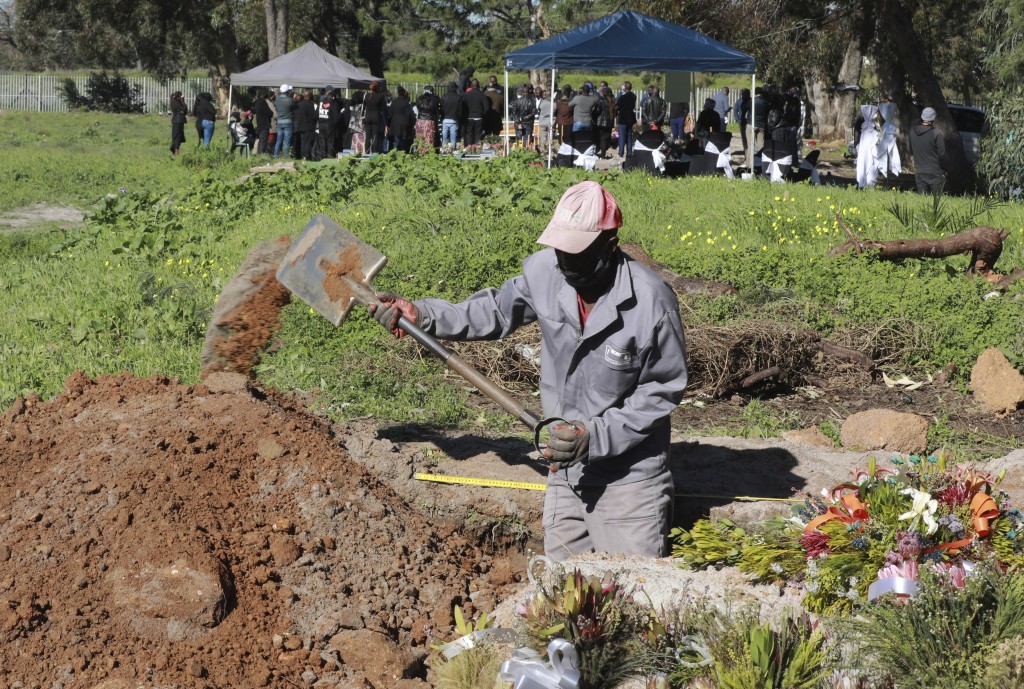 JOHANNESBURG (AP) — Central African Republic’s health minister is blasting the “big inequality crisis” in coronavirus testing as he sees rich countries like Britain conduct scores of thousands of tests daily while his own struggles to obtain supplies for a couple hundred at most.

Pierre Somse told a World Health Organization briefing Thursday that “we are in a scarcity, a misery of tests" — a blunt assessment of the scrambling by African nations and rising fears as the pandemic’s first wave hits the continent of 1.3 billion people.

The minister said his country of more than 4 million people is still waiting for testing supplies ordered via the WHO. “I believe this is due to global competition, this is well known,” he said. He recalled listening to radio reports of thousands, even millions of tests carried out in richer countries in short stretches of time.

The United States has conducted more than 700,000 tests a day in the past few days. And weeks ago the Chinese city of Wuhan, where the virus was first detected late last year, tested nearly 10 million people over 19 days.

Central African Republic has more than 4,300 confirmed virus cases — a small fraction of the more than 644,000 across Africa — but the true number is unknown.

“It’s hiding a major health problem because we cannot have the real situation,” the health minister said. Without donations of testing materials from the Chinese, “we could not have done nothing, nothing at all."

He called for more than just talk about global solidarity in the pandemic, especially for “small and fragile” states, saying his own is being “completely overlooked” in the global race for testing and medical supplies.

Confirmed virus cases across Africa have jumped by 23% in the past week, and South Africa makes up nearly half of all cases. Even South Africa, the continent's most developed country, has pointed out shortages of testing materials as the backlog of tests at one point reached nearly 100,000 and the average wait for some results reached 12 days.

There's no doubt about the lack of testing materials, especially for low-income countries that rely on international support for procurement, said the WHO Africa chief, Matshidiso Moeti.

That especially hurts in Africa’s most fragile countries. In a sampling of just seven nations more than 1,800 virus cases have been confirmed among refugees, migrants and displaced people or in areas of humanitarian crises, the WHO said, adding it’s likely an underestimate because of limited testing.

In some African countries the more you test the more cases you find, Moeti said, but not always. She noted that had not occurred in Senegal when the country produced its own test kits and significantly expanded testing.

“There is some underestimation” of cases in Africa, Moeti acknowledged, but she repeated they don't believe there are thousands of people infected and dying undetected.

Access in Africa to any successful COVID-19 vaccine is another issue.

Concerns are widespread that a vaccine will be snapped up by richer countries and Africa will be last in line, an echo of the time when it took years for affordable HIV drugs to become available on the continent and many people died.

“It’s going to be difficult, I think, let’s acknowledge it,” Moeti said of a COVID-19 vaccine. That's when “we’ll really need global solidarity in action.”

In a separate briefing Thursday, the head of the Africa Centers for Disease Control and Prevention said the intellectual property from any effective vaccine should be made available for local manufacturing and swifter distribution on the continent.

John Nkengasong also told reporters that people across Africa have “all kinds of differences in genetic makeup, so we want to be sure that we are participating fully” in vaccine trials.

The continent has more than 80 potential clinical trial sites with the ability to enroll participants and monitor them carefully, he said.

Nkengasong also warned that as Africa's cases continue to climb sharply “we are in for a long, long journey.”