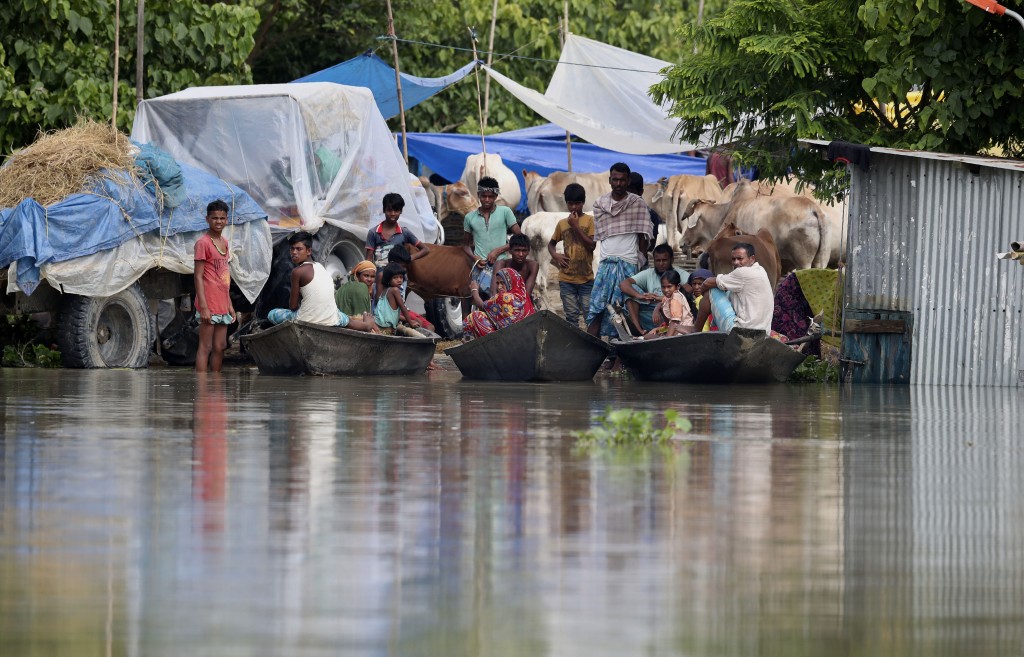 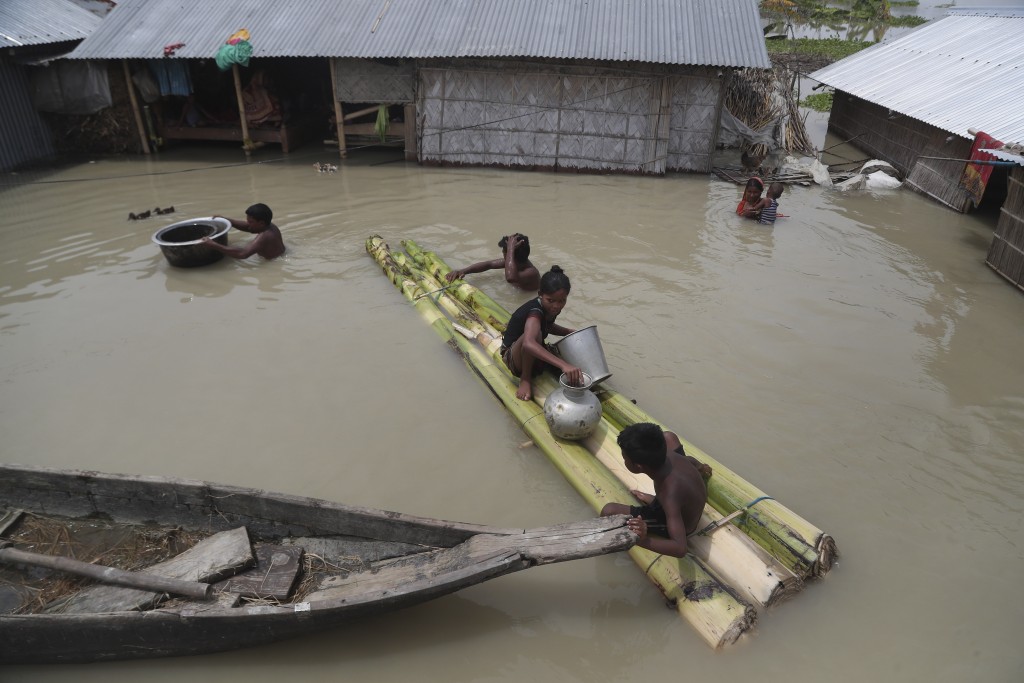 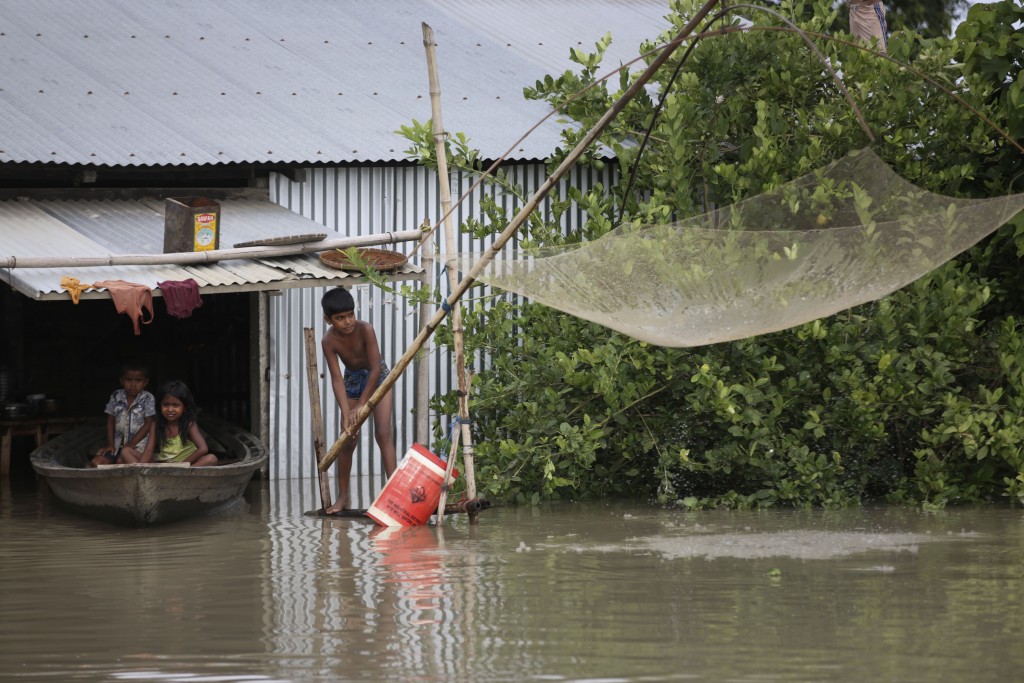 NEW DELHI (AP) — Floods and landslides triggered by heavy monsoon rains have killed at least 213 people across South Asia over the past month, officials said Thursday.

More than 1 million people have been marooned in Nepal, Bangladesh and India and hundreds of thousands have fled their homes for higher ground.

Indian officials said floods and mudslides killed 16 more people in the country's northeast, raising the death toll in the country to 93. Nepal reported at least 117 deaths over the past month and Bangladesh reported three.

Rains caused the Brahmaputra River, which flows through Tibet, India and Bangladesh, to burst its banks in India's Assam state late last month, inundating large swathes of the state, triggering mudslides and displacing about 3.6 million people, officials said. Vast tracts are still underwater, with 26 of the state’s 33 districts badly affected.

Authorities rescued about 4,000 people trapped by the surging flood waters in various parts of Assam, said M.S. Mannivanan, chief of the state Disaster Management Authority. About 36,000 people whose homes were destroyed or submerged have taken shelter in nearly 300 government-run relief camps, he said.

Nepal’s Home Ministry said 117 people have died in the Himalayan nation in monsoon-related incidents. It said the rains triggered landslides in mountainous areas and flooding in the southern plains. At least 47 people were reported missing and 126 have been injured in the past month, it said.

In Bangladesh, the Ministry of Disaster and Relief said at least three people have died and more than 1 million people have been marooned since floods hit the country late last month. Officials said heavy rainfall and the onrush of river waters from upstream India were creating havoc in Bangladesh, a delta nation of 160 million people that is crisscrossed by 230 rivers.

Bangladesh's Flood Forecasting and Warning Center said Thursday that flooding could worsen at the beginning of next week because of growing devastation in the vast region along the Brahmaputra and Teesta rivers. It said the situation would remain unstable over the next two weeks, causing further suffering for affected people.

Annual monsoon rains hit the region in June-September. The rains are crucial for rain-fed crops planted during the season but often cause extensive damage.