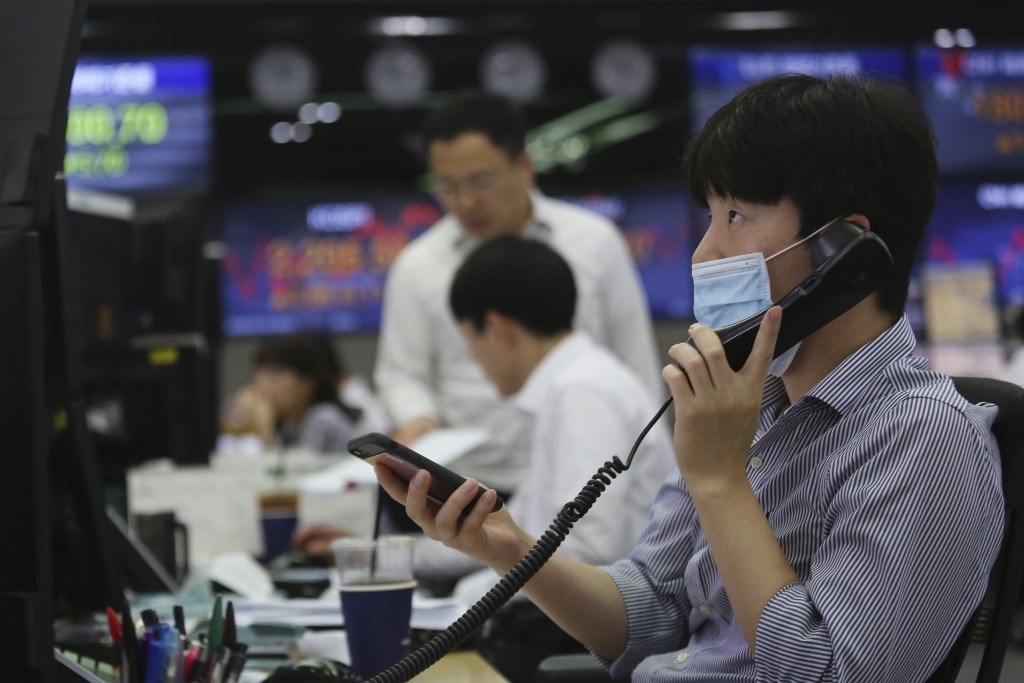 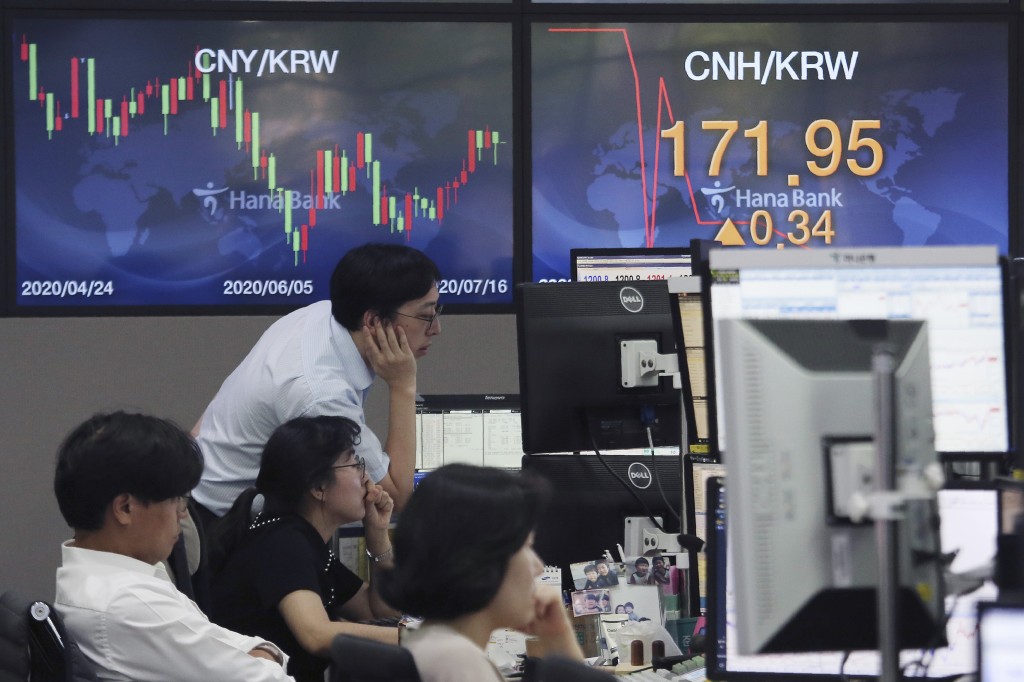 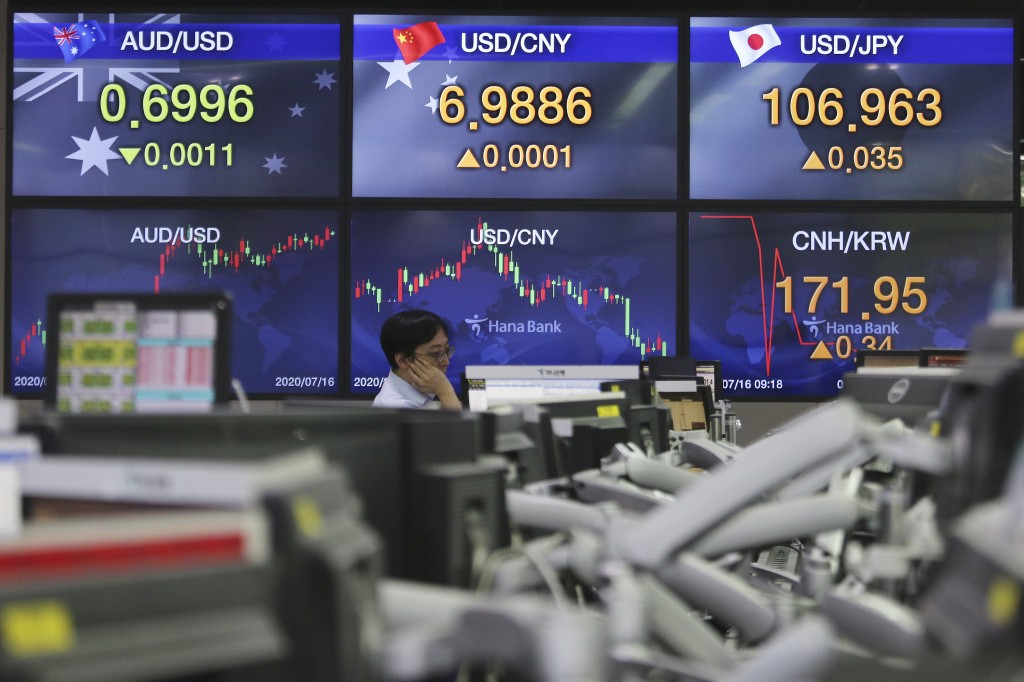 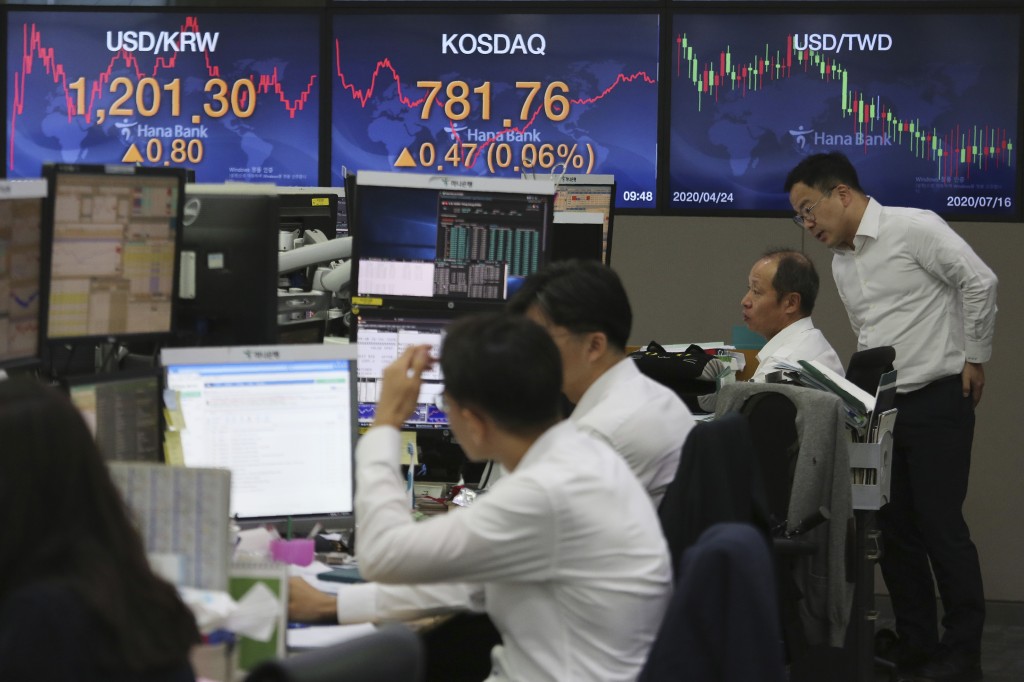 Shares retreated in Asia on Thursday as investors mulled figures showing China's economy returned to growth in the last quarter.

News that China’s economy grew 3.2% in annual terms in April-June, after a 6.8% contraction in the previous quarter, failed to keep an overnight rally going.

The expansion came as anti-virus lockdowns were lifted and factories and stores reopened. But it still was the weakest positive figure since China started reporting quarterly growth in the early 1990s.

“No matter how much stimulus and fiscal sugar you try to entice consumers with, they will not leave their apartment and go on a spending spree until they feel confident the landscape is virus-free,” he said in a report.

Shares advanced worldwide on Wednesday after researchers announced that a vaccine developed by the National Institutes of Health and Moderna had revved up people’s immune systems in early testing, as hoped.

With vaccine hopes at the center of the rise the market’s leaderboard was dominated by companies that would benefit most from a return to normal life. They included cruise-ship operators, airlines, retailers and hotel chains.

Stocks of smaller companies also leaped much more than the rest of the market, an indication of rising expectations for the economy. The Russell 2000 index of small-cap stocks jumped 3.5%, a turnaround from earlier months when big, tech-oriented companies were carrying the market.

Winners of the stay-at-home economy created by quarantines and lockdowns, meanwhile, lagged behind. Clorox, Netflix and Amazon all fell.

Rising numbers of infections and deaths from the COVID-19 pandemic remain a constant source of uncertainty.

Worries also remain high that the stock market has gone overboard in its rally: It has taken less than four months for the S&P 500 to almost return to its record after being down nearly 34%. But it could take years for the economy and corporate profits to get back to where they were before the pandemic struck.

A raft of troubling news, from the more than 13.5 million confirmed cases of COVID-19 to escalating friction between Washington and Beijing, hangs over the markets but has been countered by the massive amounts of stimulus poured into financial systems by central banks to counter the pandemic downturn.

“In most other realities, this would be ironic or absurd. But in the liquidity inundated post-COVID world markets, this is Thursday," Mizuho Bank's Riki Ogawa said in a commentary.

The yield on the 10-year Treasury slipped to 0.62% from 0.63% late Wednesday. It tends to move with investors’ expectations for the economy and inflation.

In other trading, benchmark U.S. crude oil shed 32 cents to $40.88 per barrel in electronic trading on the New York Mercantile Exchange. It rose 91 cents to settle at $41.20 per barrel on Wednesday.