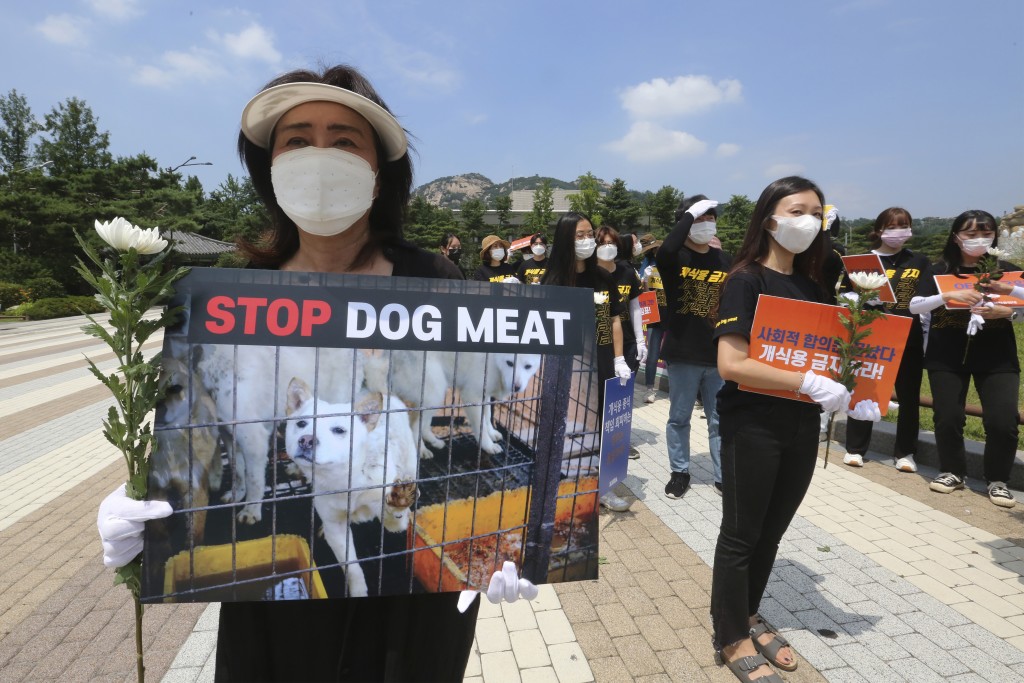 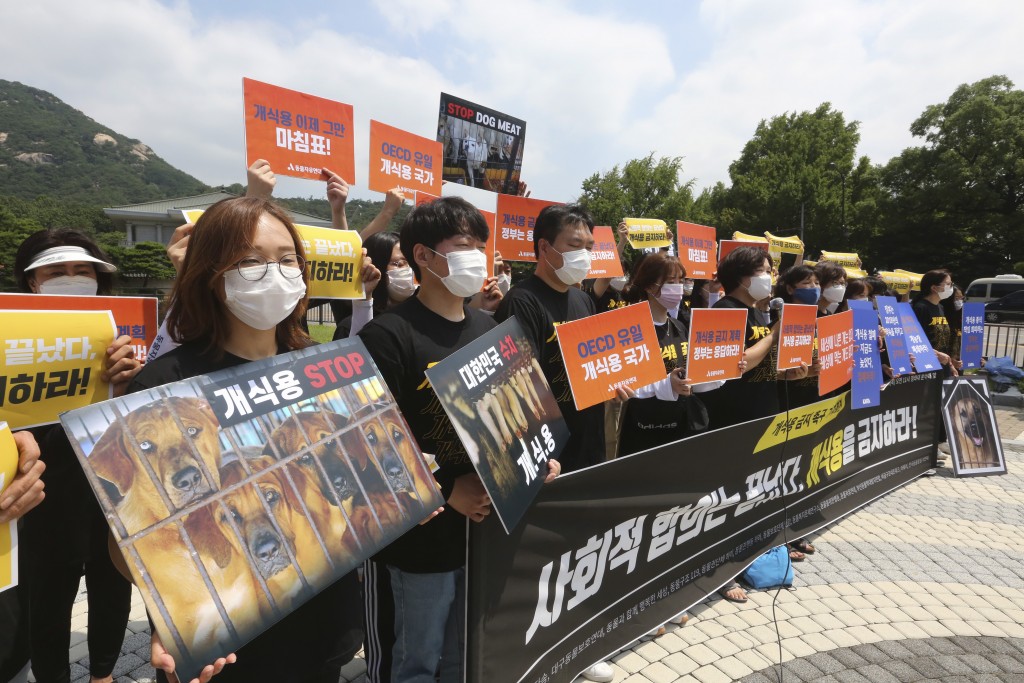 SEOUL, South Korea (AP) — Activists wore dog masks and held a mock canine funeral during their protests against dog meat consumption in South Korea on Thursday, the first of three “dog meat days” in the country.

Under a traditional calendar, Thursday is thought to be the first of the three hottest days in South Korea. Many South Koreans believe that eating dog meat or chicken soup on those days gives them strength to beat the heat.

At one protest in central Seoul, about 10 activists held banners that read “There are no edible dogs in the world." The banners had images of fresh fruit that the activists said South Koreans should eat on the three days instead of dog meat.

Earlier Thursday, about 20 other activists held a similar anti-dog meat rally nearby. They bowed and laid white flowers before a framed photo of a dog in a mock funeral for the animal. The activists raised placards with the image of small dogs confined in a cage and the words “STOP DOG MEAT.”

Dog meat is neither legal nor explicitly banned in South Korea. Dog meat restaurants are a dwindling business as younger people find dog meat a less attractive dining option. Pets are growing in popularity, and a survey in 2018 indicated that about 80% of South Koreans had not eaten dog meat in the previous year.

Many people still oppose outlawing the consumption of dog meat because they view it as surrendering to Western pressure.