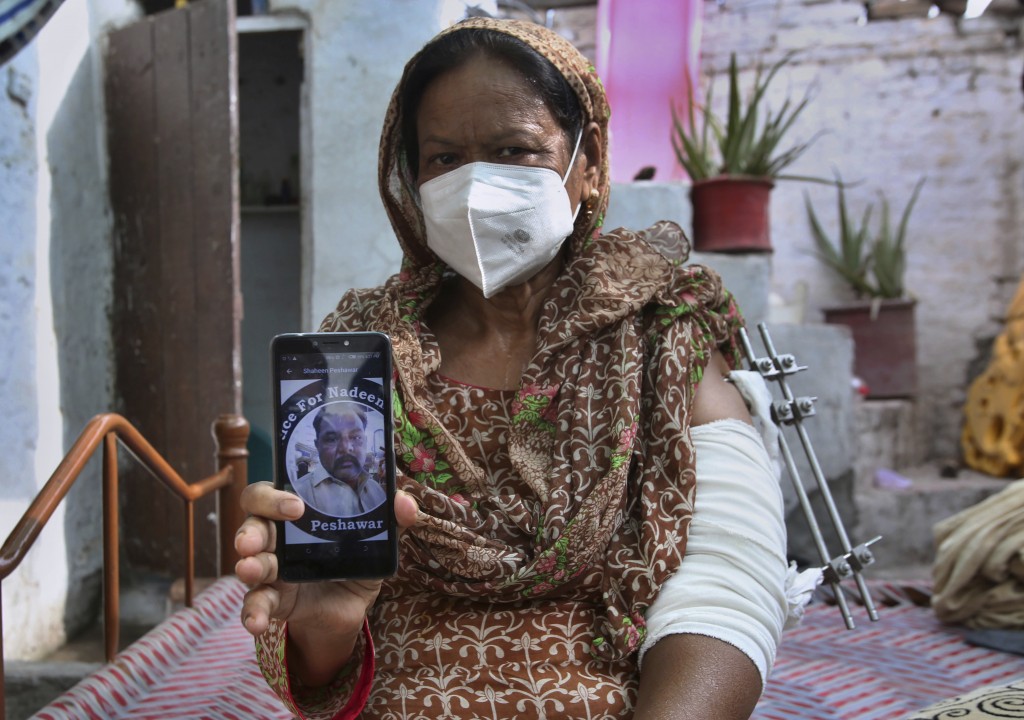 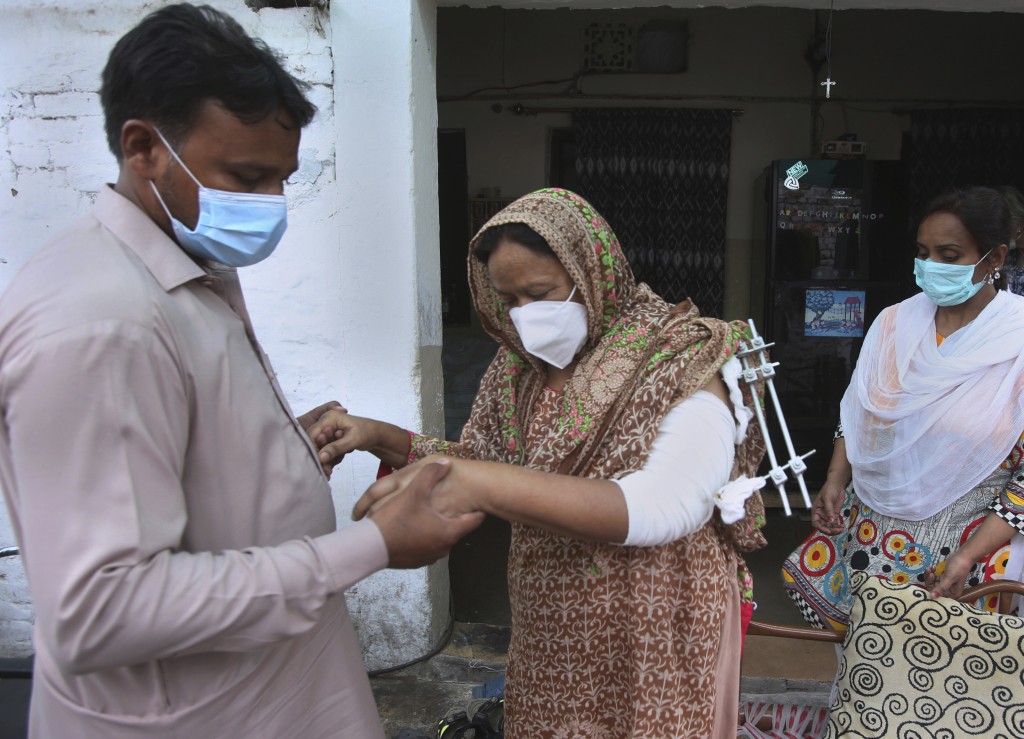 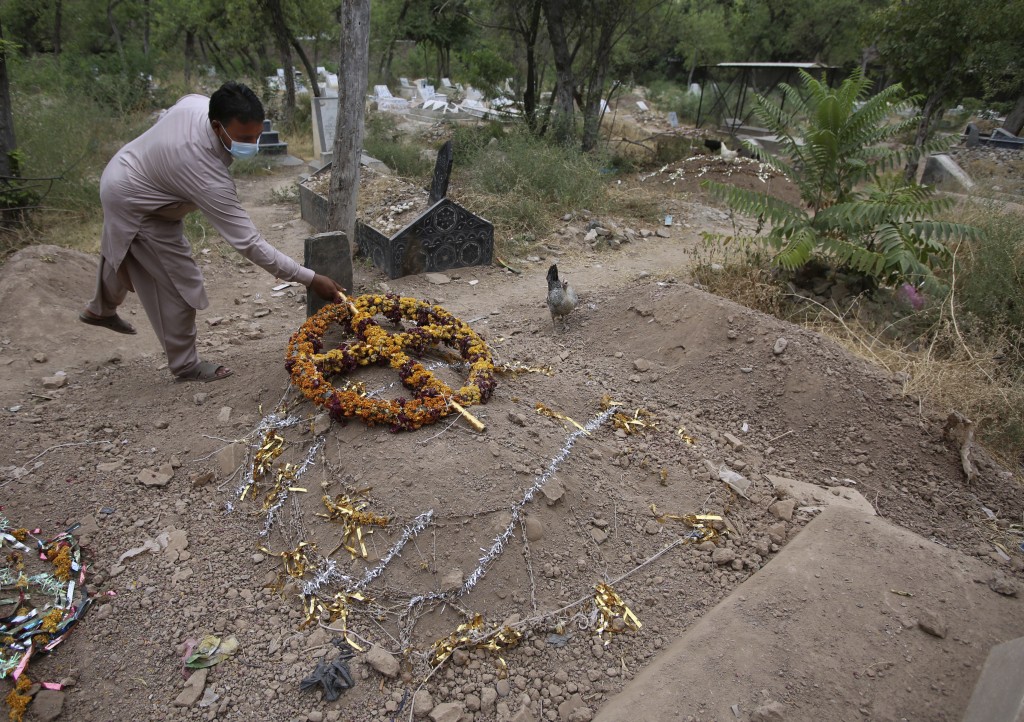 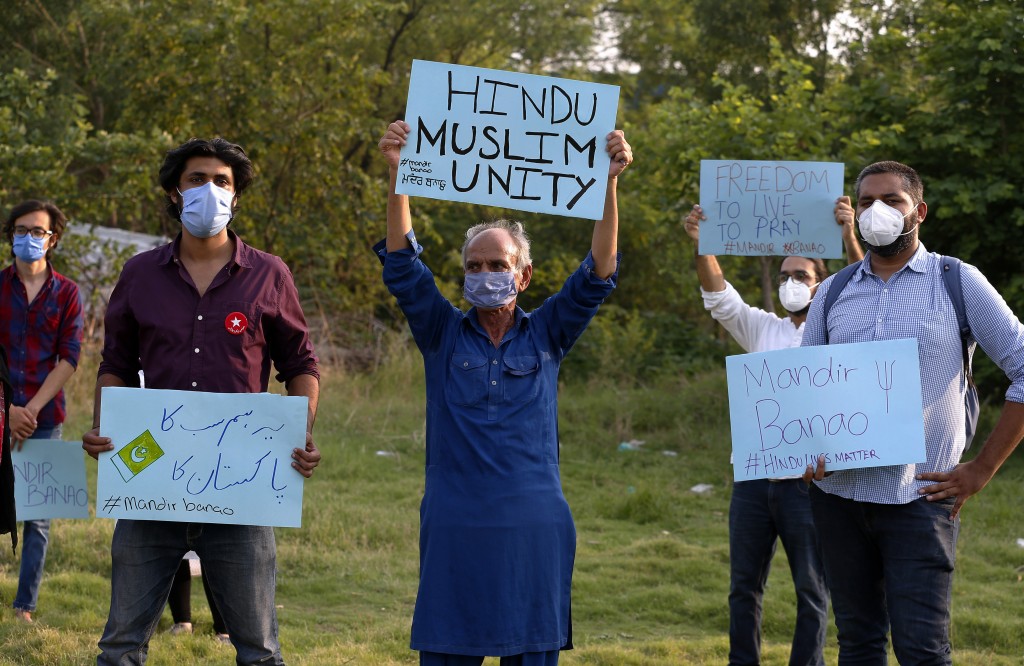 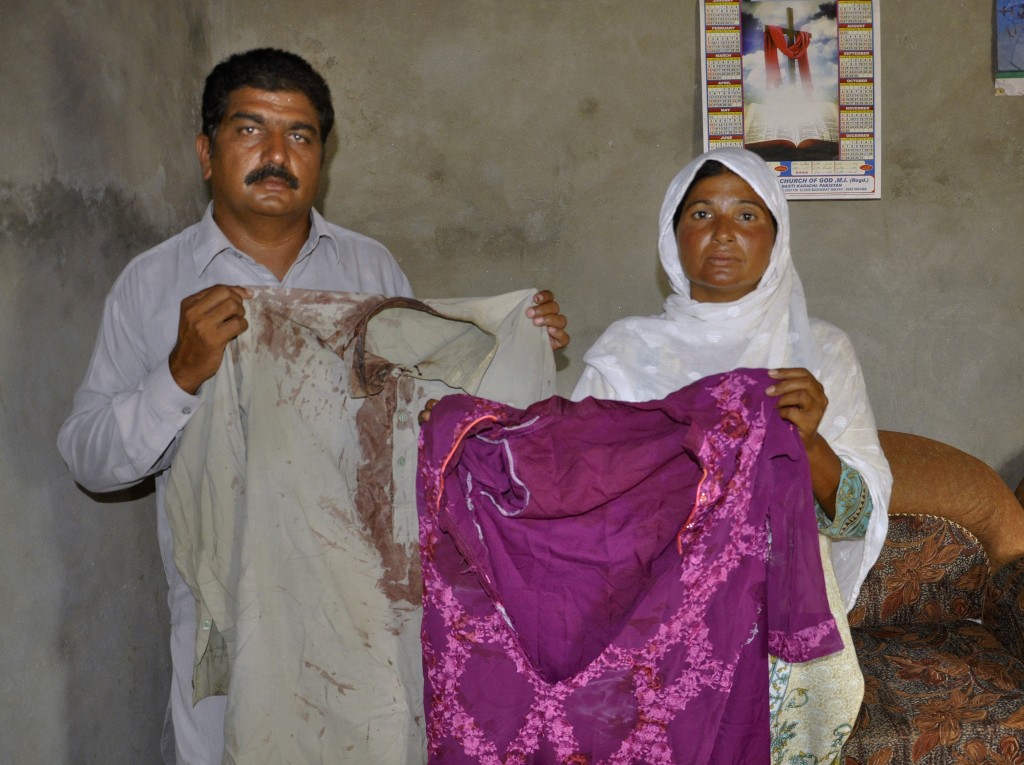 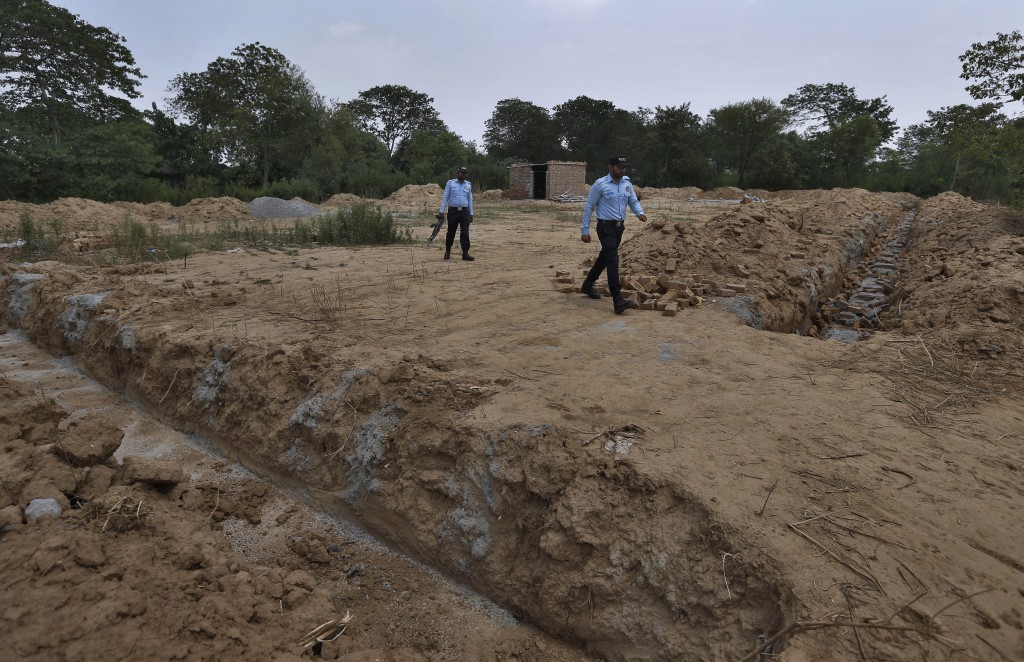 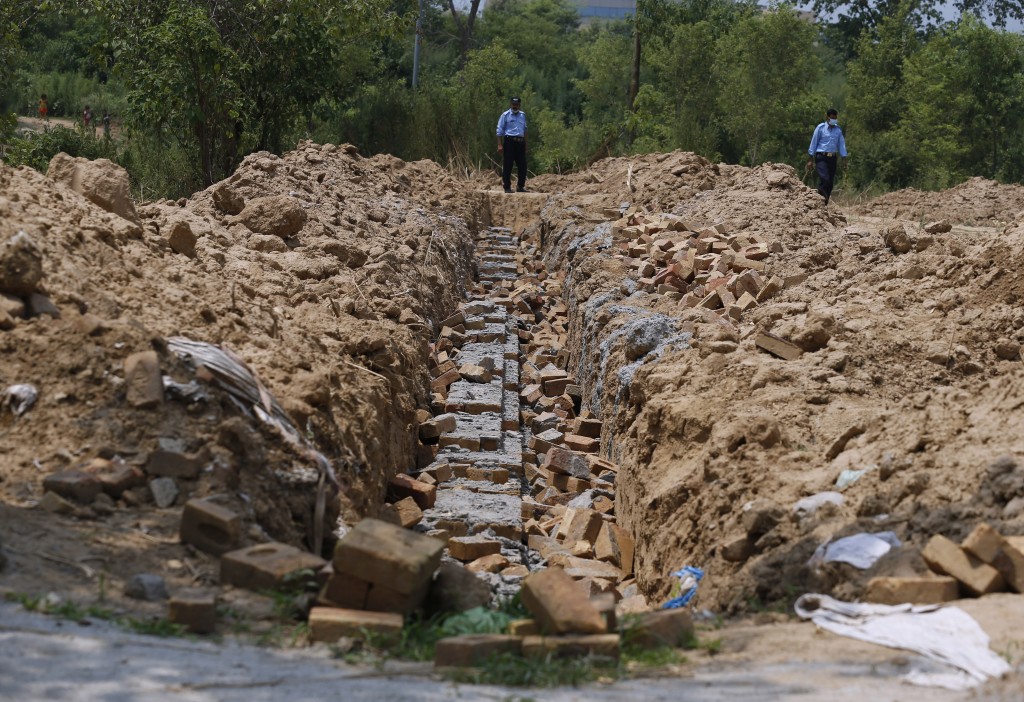 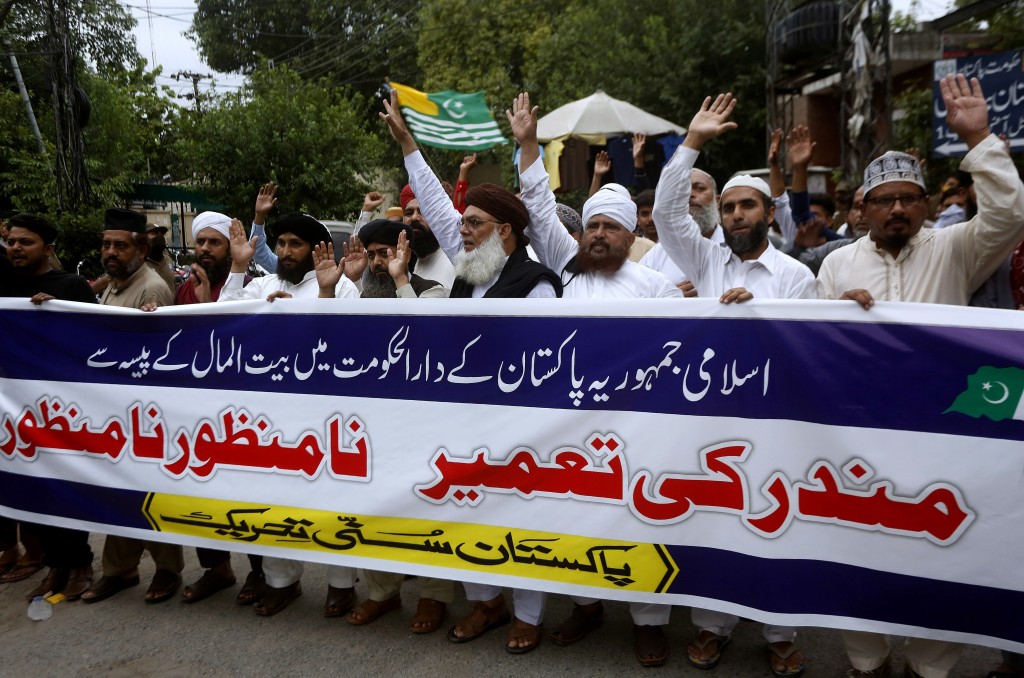 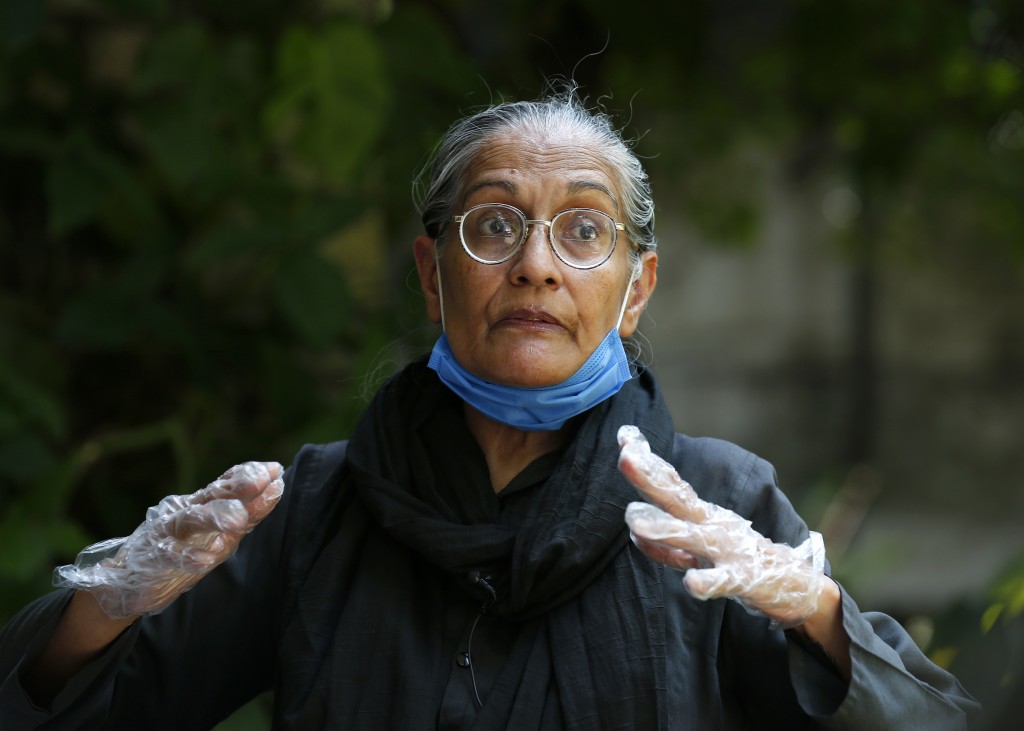 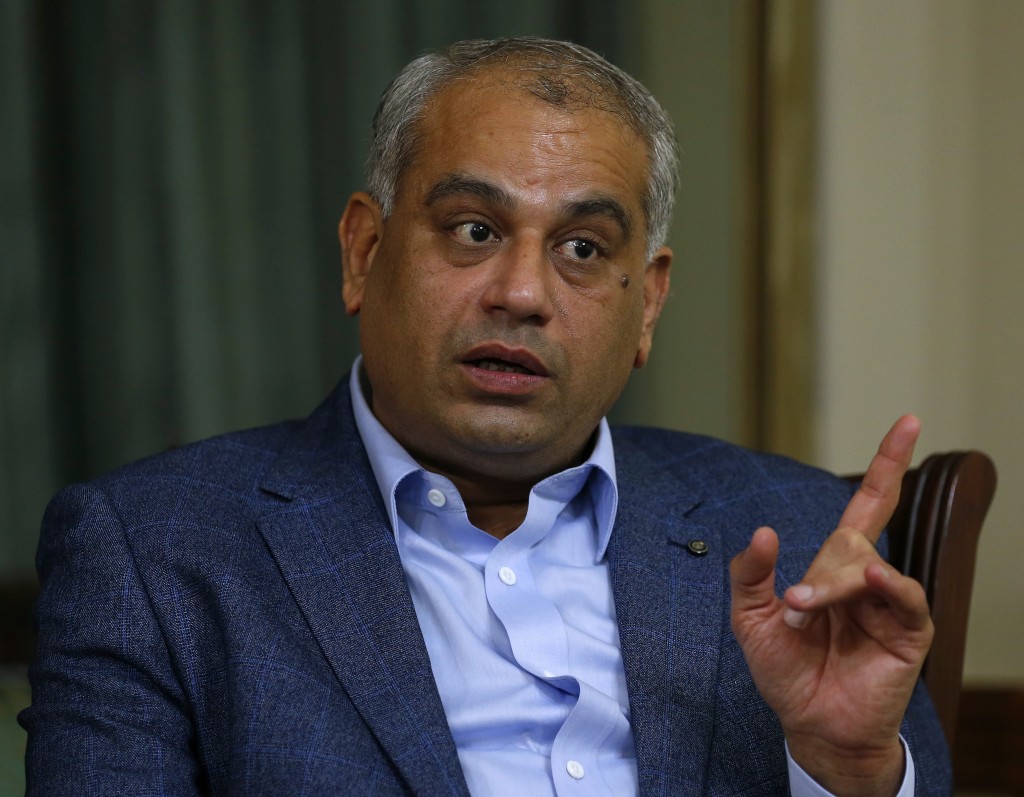 PESHAWAR, Pakistan (AP) — It’s been a tough month for religious minorities in Pakistan, and observers warn of even tougher times ahead as Prime Minister Imran Khan vacillates between trying to forge a pluralistic nation and his conservative Islamic beliefs.

A Christian was gunned down because he rented in a Muslim neighborhood in northwest Peshawar, not far from the border with Afghanistan.

Another Christian, pastor Haroon Sadiq Cheeda, his wife and 12-year-old son were beaten by their Muslim neighbors in eastern Punjab and told to leave their village. The attackers screamed “you are infidels."

An opposition politician was charged this week with blasphemy after declaring all religions were equal. A senior political figure, allied with the government and backed by Islamic extremists, stopped construction of a Hindu temple in the capital Islamabad.

Analysts and activists blame an increase in attacks on an indecisive Khan. They say he preaches a vision of a tolerant Pakistan where its religious minorities thrive as equals among an overwhelming Muslim majority. They say that at the same time he cedes power to extreme Islamic clerics, bowing to their demands and turning to them for the final say, even on matters of state.

“Imran Khan no doubt wants a more tolerant Pakistan, wants more accommodation for minorities, but the problem is he nullifies all of this by empowering extremist elements, so much so that it seems they can dictate to the state,” said Zahid Hussain, analyst and author of two books that track militancy in the region.

Phone and text messages left with Khan’s spokesman were not immediately returned.

The spokesman for Khan's religious affairs ministry, Imran Siddiqui, dismissed complaints that minorities have reason to be concerned. He said in every religion there are “aggressive” clerics but neither Pakistan nor the prime minister were unduly pressured by them.

Still, Khan’s list of concessions to the radical religious is lengthy.

When the coronavirus first emerged as a threat, Khan refused to shut down a gathering of tens of thousands of Islamic missionaries from across the globe. It wasn’t until they had reached Pakistan that he ordered it canceled.

When Saudi Arabia closed its mosques and made the historic decision to cancel the Islamic pilgrimage of Hajj to the faithful outside its borders, Pakistan refused to close its mosques after religious clerics vowed to take to the streets.

Khan hadn't been in office more than a few months when he buckled to extremists and fired a minority Ahmadi Muslim from his economic commission despite his stellar qualifications.

He also drew criticism when he stood in Parliament earlier this month and called 9/11 mastermind Osama bin Laden a "martyr." A frequent guest to Khan’s residence in Islamabad is cleric Maulana Tariq Jameel, who on national TV blamed the pandemic on women who danced and dressed scantily.

When his political ally and speaker of the Punjab Provincial Parliament Pervez Elahi denounced the construction of a Hindu temple in the federal capital as being against Islam, Khan turned to the Council of Islamic Ideology to let it decide if public money can be used for its construction. Khan had promised $600,000 for its construction.

Khan isn’t the first politician to walk a religious tightrope in Pakistan. Successive military and democratically elected governments have buckled to the pressure of Islamic extremists, who critics say terrorize with their ability to bring impassioned mobs on to the street.

“It’s the fear of the establishment as to what they can do. They can cause mayhem across Pakistan,” said human rights activist Tahira Abdullah.

Khan, like governments before him, has tried to present an image of Pakistan as a country that protects its minorities. He even allowed visa-free access for Sikhs from enemy India to visit one of their holiest of sites in Pakistan.

But Amir Rana, executive director with the Islamabad-based Pakistan Institute of Peace Studies, said the initiatives have been mostly symbolic, not structural.

"They don’t have the political courage or political capital to challenge the radical religious elements who target the religious minorities,” said Rana.

Fear haunts the family of Nadeem Jordan, the Christian man who was shot and killed because he rented in a Muslim neighborhood in Peshawar. Investigators say the gunmen have fled but also say they stalk Nadeem’s family, threatening his brother-in-law.

“They say ‘we will teach you a lesson.’ They say ‘you don’t belong here.’ We are always afraid,” said Nadeem’s mother-in-law, Elizabeth Lal. She was shot in the arm during the attack in early June. Her left arm is shattered, with the bullet still lodged in her limb.

Pastor Cheeda, who was beaten along with his wife and son, alleges that a large parcel of land on which he was going to build a Christian school was stolen with the help of local police. The powerful in the village said Christians weren’t welcome there.

“We have sympathies of some local Muslims, but these people are so powerful that even local Muslims can’t dare to help us.”

In the case of the Hindu temple, fatwas were issued and extremists took to social media to warn the faithful that it would be blasphemy to support the temple.

Yet a council of clerics stood in support of the temple giving Lal Malhi, a Hindu minority Parliamentarian with Khan’s Pakistan Insaf (Justice) party solace, even as the temple walls lie in ruins, destroyed by extremists.

But the most vulnerable of Pakistan’s minorities are Ahmadis, They are reviled by many mainstream Muslims because they believe a prophet after Muhammad arrived more than 100 years ago by the name of Ahmad. In Pakistan it is illegal for Ahmadis to call themselves Muslim.

The U.S. Commission on International Religious Freedom declared Pakistan a “country of particular concern” in its 2020 report released last month because of its treatment of minorities.

The report said Pakistan would have to end a ban on texts and publications of Ahmadis if it wants to get off the commission's watch list as well as re-examine the cases of many non-Muslims and Muslims facing blasphemy charges.

Nadine Maenza, a commission member, said Pakistan “still has a long way to go toward reaching the prime minister’s stated vision of a more tolerant Pakistan.”