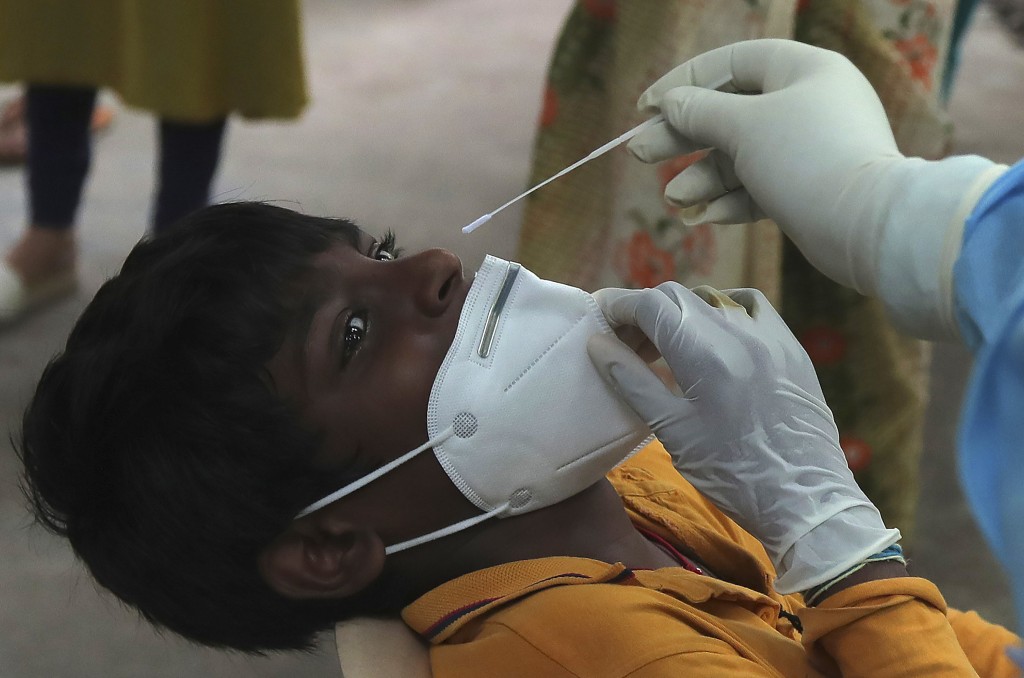 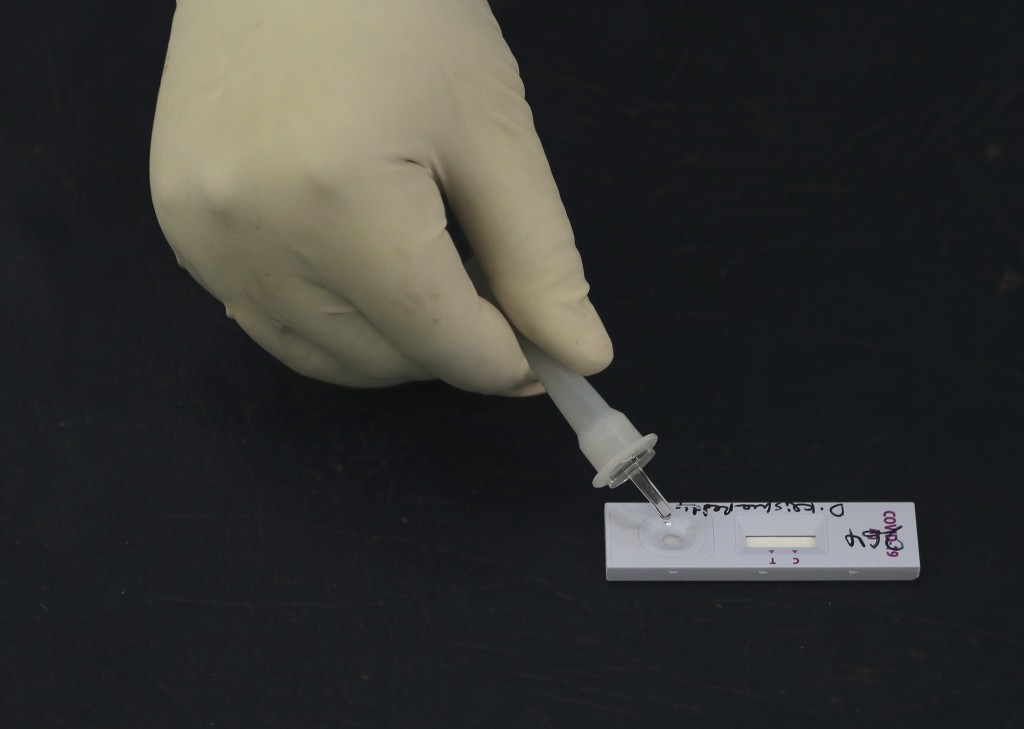 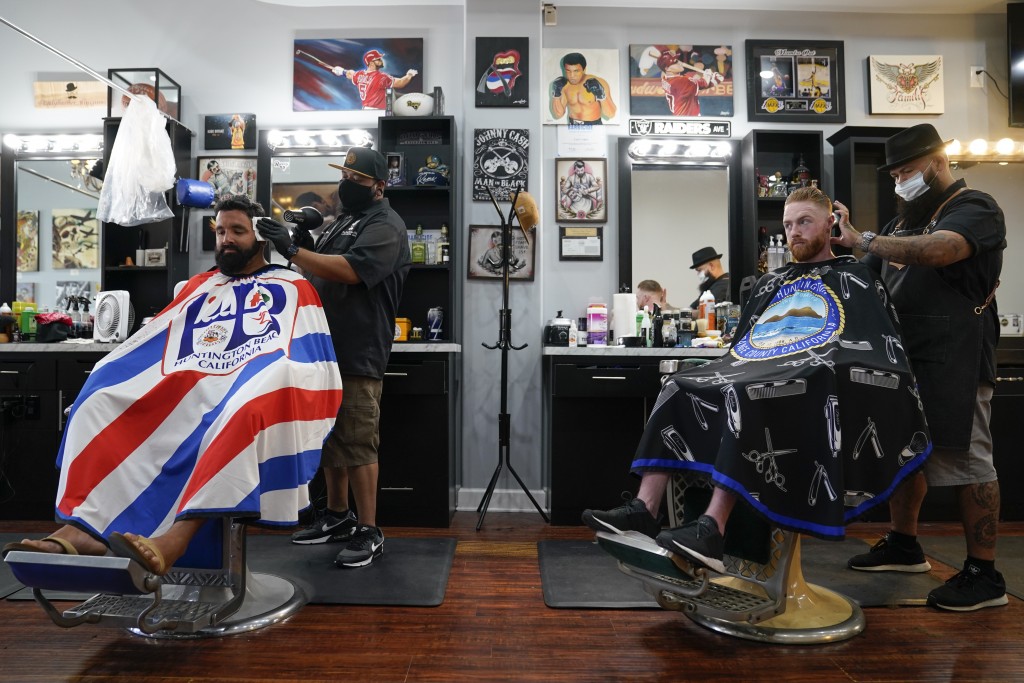 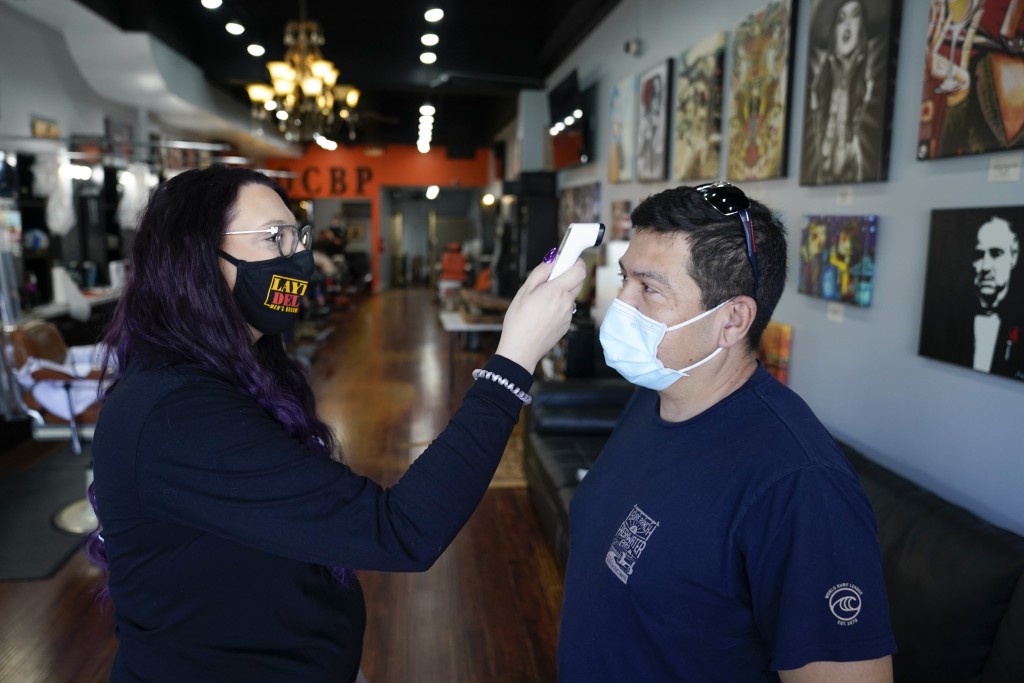 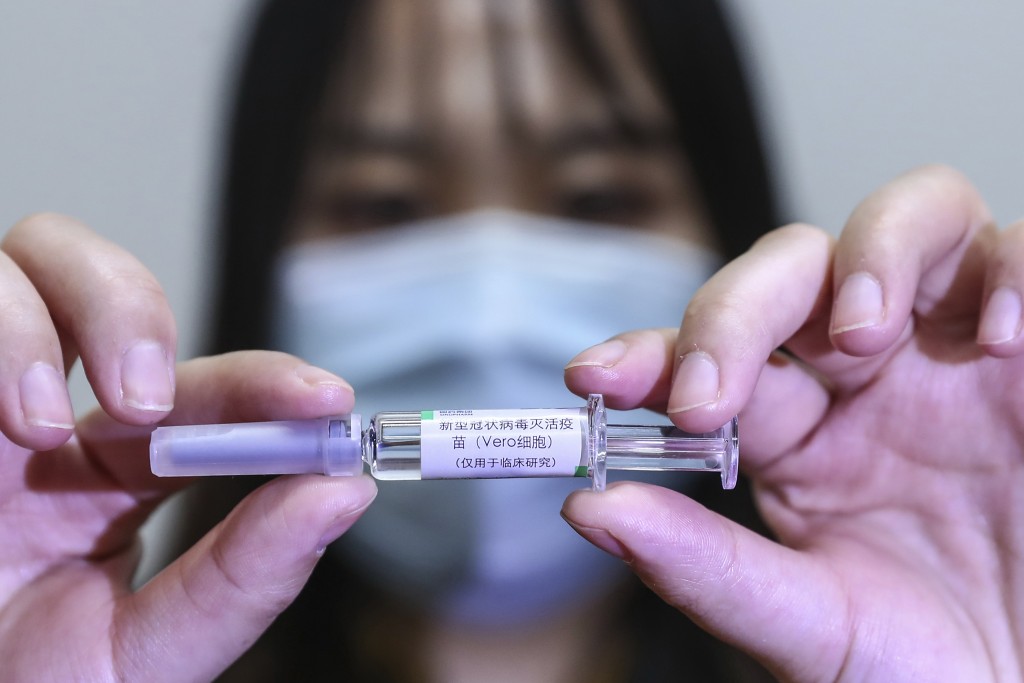 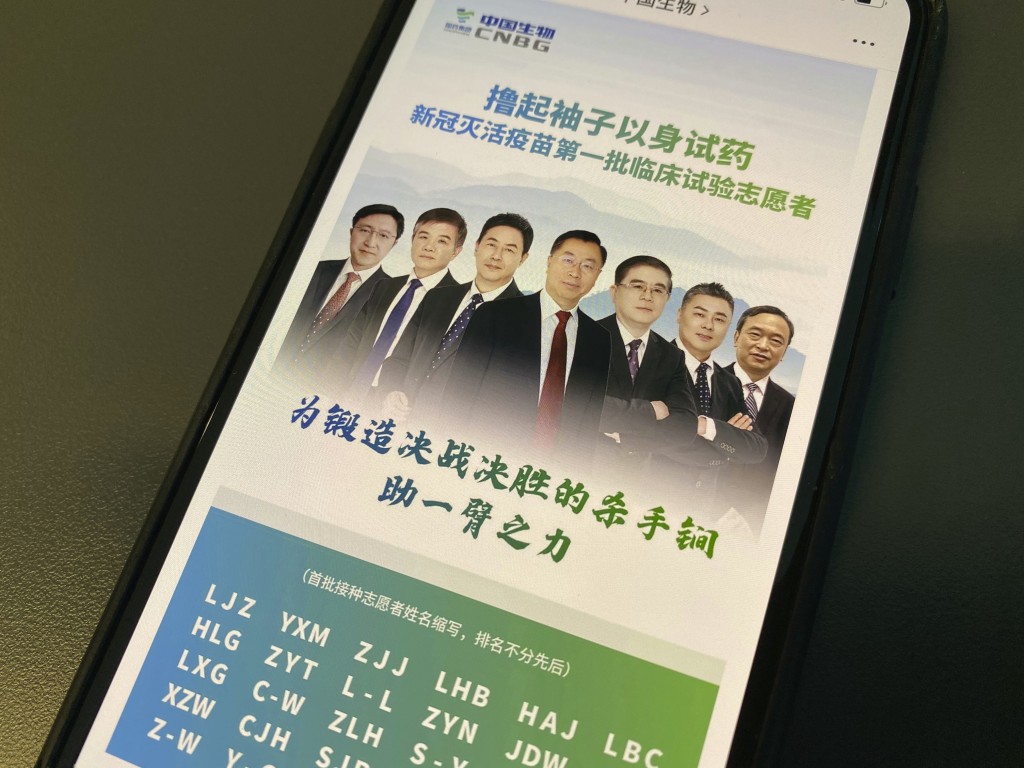 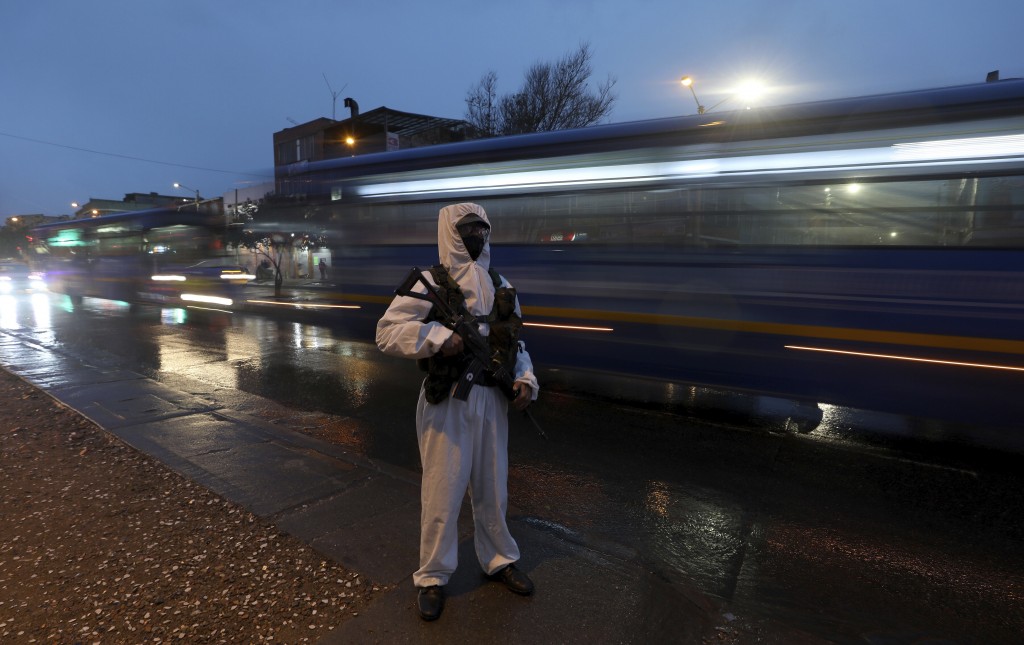 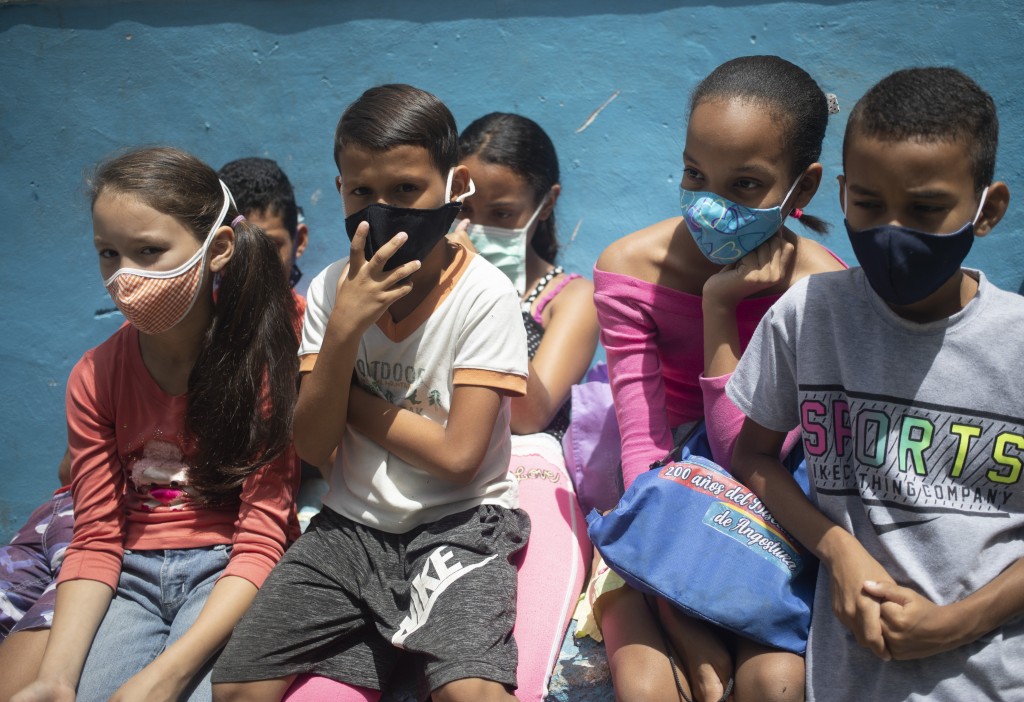 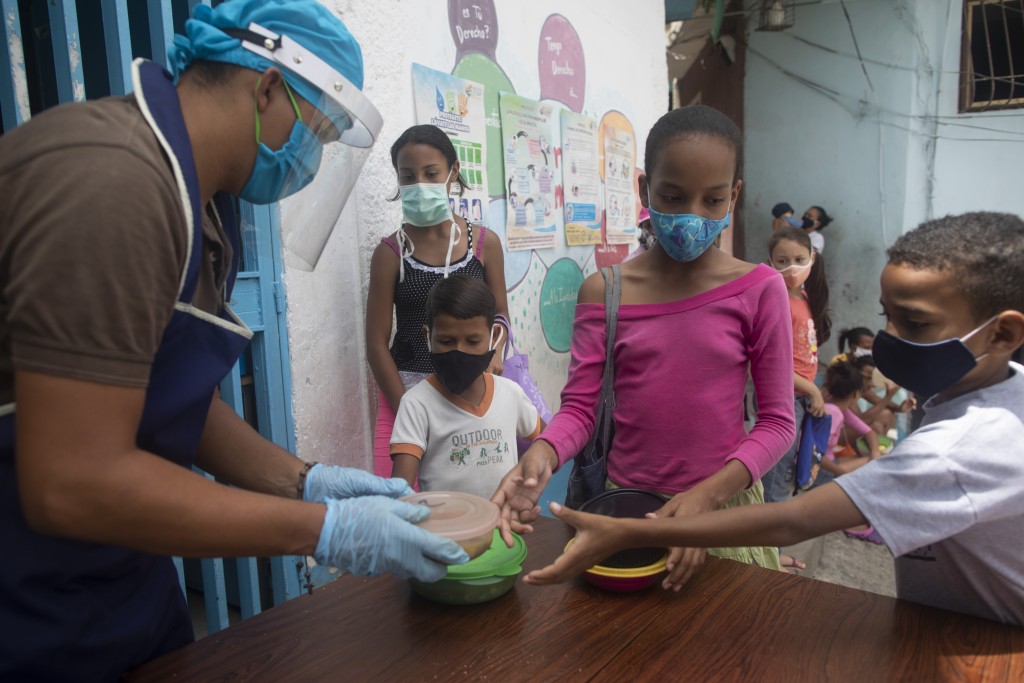 NEW DELHI — India’s virus cases have surged another 32,695, taking the nation closer to 1 million and forcing a new lockdown in the popular western beach state of Goa, two weeks after it reopened to tourists.

The new confirmed cases took the national total to 968,876. The Health Ministry on Wednesday also reported a record number of 606 deaths for a total of 24,915.

The Indian Medical Association said 99 doctors have died and another 1,302 are infected with the coronavirus. It called for shortening of working hours for health workers following safety concerns.

It also said the fatality rate among doctors was 7.6%, much high than the national average of about 2.5%.

About a dozen states, including Maharashtra, Tamil Nadu, West Bengal and Assam, have put high-risk areas under lockdowns, allowing only essential food supplies and health services.

He said people were flouting social distancing norms. Nearly 40,000 were fined 100 rupees ($1.3) each in the past two weeks for not wearing masks.

— Coronavirus data is funneled away from CDC, sparking worries

— In the open: White House advisers tussle over virus response

— Mail deliveries could be delayed by a day or more under cost-cutting efforts being imposed by the new postmaster general.

— Coronavirus cases have surged to record levels in the Los Angeles area. Health officials say the nation’s most populous county is in “an alarming and dangerous phase” that if not reversed could overwhelm intensive care units and usher in more sweeping closures.

SAN FRANCISCO — San Francisco and Sacramento have become the latest cities in California to announce that public school students will not return to classrooms when the new term begins because of surges in coronavirus cases and delays in getting test results back.

They join Los Angeles and San Diego, the state’s two largest districts. Also not reopening are schools in Oakland, Long Beach, Santa Ana, San Bernardino and others that have chosen to start the new term with digital learning amid strong concerns from teachers unions and public health officials about the safety of staff on school campuses.

The tally for Thursday surpassed the state's previous high of 288 on July 10. The previous one-day Australian record was 212 cases set March 28 by New South Wales state at the first peak of the pandemic. New South Wales reported only 10 new cases Thursday.

Two men in their 80s died in Victoria in the last 24 hours, bringing the national death toll for the pandemic to 113.

Victoria's government is reducing the number of non-urgent surgeries allowed in hospitals to increase beds available for COVID-19 patients. State officials had planned to restore hospitals to normal medical services by the end of July before infections began to rise in recent weeks.

SEOUL, South Korea -- South Korea has reported 61 new confirmed cases of the coronavirus, most of them tied to international arrivals.

The tally reported Thursday by the Korea Centers for Disease Control and Prevention raised the country’s caseload to 13,612 during the pandemic, including 291 deaths. The center says 12,396 people have been released from hospitals while 925 remain in treatment.

Officials say 47 of the new cases involved people arriving from overseas. South Korea has been requiring two-week quarantines on all passengers arriving from abroad since April. This week, it began requiring foreign nationals arriving from Bangladesh, Pakistan, Kazakhstan and Kyrgyzstan to provide health certificates proving they have tested negative for the coronavirus.

Gov. Tom Wolf said Wednesday there has been an “alarming escalation” in new infections.

Nightclubs will be shut down, bars must close unless they also offer dine-in meals, and bars and restaurants will be limited to 25% capacity under Wolf’s order that takes effect Thursday. The order also requires businesses to have their employees work from home to the extent possible.

The new restrictions come more than two months after Pennsylvania began reopening its pandemic-battered economy and they risk major backlash in large swaths of the state where COVID-19 has largely been kept at bay.

But Wolf warns that a “new surge is in the offing” that could eclipse what happened in the spring, when the virus killed thousands and sickened tens of thousands of Pennsylvanians. CHEYENNE, Wyo. -- Wyoming’s governor and top public health officer are speaking out firmly in support of wearing face masks in public amid an accelerating spread of the coronavirus and doubt among some that masks are necessary.

Gov. Mark Gordon said Wednesday that it is important to be “conscientious to one another” and that “there is no constitutional right to go infect somebody else.” Gordon had a face mask hanging around his neck during the news conference.

The governor blamed a “casual attitude” about mask wearing and social distancing for Wyoming’s growing number of cases and his recent decisions to extend health orders affecting public gatherings through July.

JACKSON, Miss. — Mississippi Gov. Tate Reeves says he may set restrictions on bars in hopes of slowing the spread of the coronavirus, but he isn't revealing any timetable and hasn't indicated if the rules will be statewide.

The governor commented Wednesday after meeting with Dr. Deborah Birx from the White House coronavirus task force. Reeves says Birx praised the Mississippi order that took effect this week requiring people to wear masks in public in 13 of the state’s 82 counties.

The Mississippi Health Department reported that a record 1,099 people were hospitalized with confirmed or suspected cases of the coronavirus in the state as of Tuesday evening. That is up from 664 on June 22.

Mississippi has had more than 38,500 confirmed cases of the virus since the pandemic began.

More than 11,000 new cases were recorded by state officials Tuesday, a rise of 3.3%. California also recorded 140 deaths, tying a recent tally for its second-highest daily figure.

The number of tests and the rate of those testing positive also rose. The positivity rate over the past two weeks has now topped 7%, while in hard-hit Los Angeles County with a quarter of California’s population that rate has soared to nearly 10%.

Public Health Director Barbara Ferrer said Wednesday that Los Angeles County is in “an alarming and dangerous phase” that could overwhelm intensive care units and prompt sweeping closure orders if not reversed.

LAS VEGAS -- Several Las Vegas casinos are limiting smoking to keep patrons from removing the protective face masks they are required to wear.

Las Vegas Sands Corp. in mid-June updated its policy to ask that table game players and spectators do not smoke or vape in its Venetian and Palazzo resorts. Wynn Resorts Ltd. has designated any table games without a plexiglass barrier as nonsmoking areas inside its Wynn and Encore casinos on the Las Vegas Strip.

Nevada on Wednesday reported 849 new cases of COVID-19, a decline from a day earlier, when the state set a new daily high of 1,104 cases.

SPOKANE, Wash. — A federal judge has rejected a water park’s challenge to Washington Gov. Jay Inslee’s emergency powers as the state responds to the coronavirus pandemic.

The Slidewaters water park in Chelan sued the governor and the Department of Labor Industries last month, arguing that Inslee abused his power in declaring the emergency and that the state’s restrictions were likely to prevent it from opening for the summer.

Slidewaters nevertheless opened on June 20 and has remained in operation despite the threat of $10,000 or more in fines from the state.

In ruling against the park Wednesday, U.S. District Judge Thomas Rice in Spokane returned the case to Chelan County Superior Court for consideration of the state’s counterclaims seeking an order to close Slidewaters.