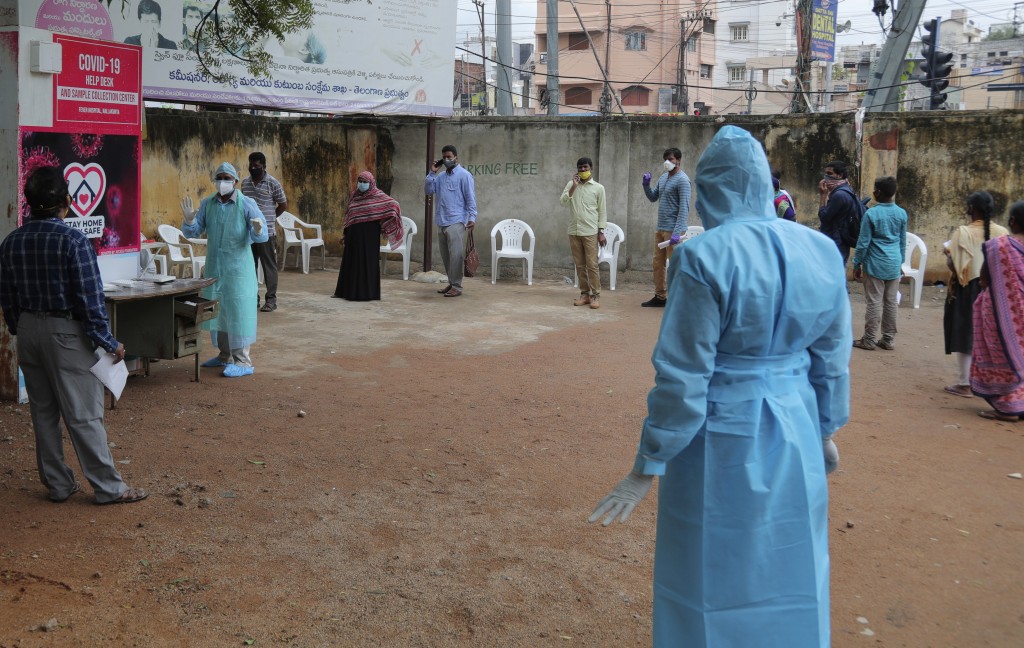 NEW DELHI (AP) — India's virus cases surged another 32,695 as of Thursday, taking the nation closer to 1 million and forcing a new lockdown in the popular western beach state of Goa two weeks after it was reopened to tourists.

The new confirmed cases took the national total to 968,876. The Health Ministry also reported a record number of 606 deaths in the past 24 hours, taking total fatalities up to 24,915. The ministry said the recovery rate was continuing to improve at 63%.

The actual numbers, like elsewhere in the world, are thought to be far higher due to a number of reasons including limited testing.

The Indian Medical Association, a voluntary organization of Indian doctors, said 99 doctors have died and another 1,302 infected with coronavirus. It called for shortening of working hours for health workers following safety concerns.

It also said the fatality rate among doctors was 7.6%, much high than the national average of about 2.5%.

About a dozen states, including Maharashtra, Tamil Nadu, West Bengal and Assam, have put high-risk areas under lockdowns, only allowing essential food supplies and health services.

He said people were flouting social distancing norms. Nearly 40,000 people were fined 100 rupees ($1.3) each in the past two weeks for not wearing face masks.