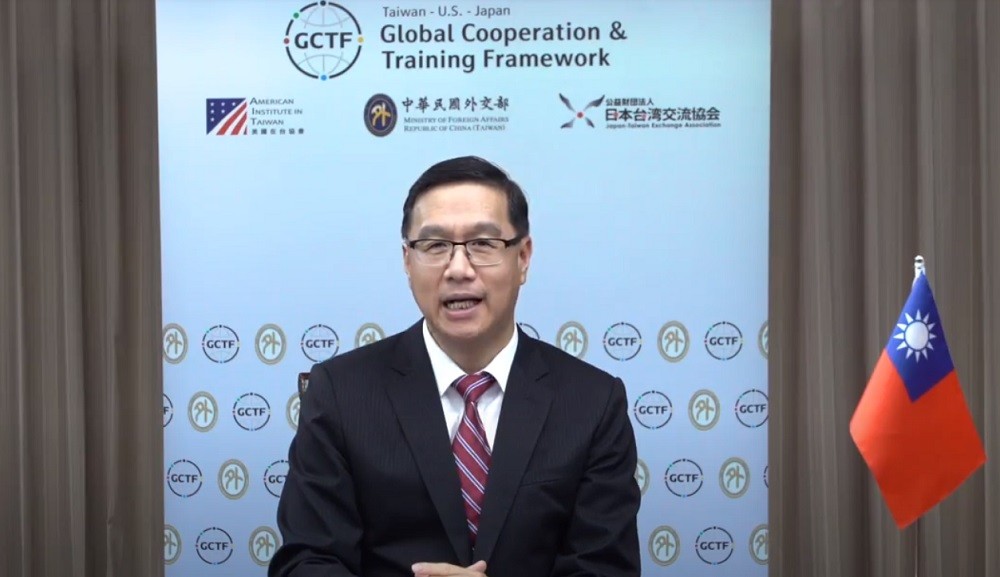 TAIPEI (Taiwan News) — The Taiwanese, American, and Japanese governments are co-hosting a virtual forum in Guatemala this year in hopes of fostering exchanges and expanding Taiwan’s presence in Latin America and the Caribbean.

Established by Taiwan and the U.S. in 2015, the Global Cooperation and Training Framework (GCTF) is dedicated to promoting exchanges on a variety of issues, from public health and information security to women’s empowerment. Japan last year became a co-host of the GCTF workshops; other nations, such as Sweden and Australia, occasionally join as partners.

“Latin America and the Caribbean is an important region of Taiwan’s international relations as [it is where] the majority of Taiwan’s diplomatic allies are located,” remarked Vice Foreign Minister Miguel Tsao (曹立傑) in a video released by the ministry on Wednesday evening (July 15). “They have long supported my country’s participation in the international area,” he said, adding that “We hope that the successes reached by GCTF in recent years can also be extended to our diplomatic allies and friends in the region.”

“We hope to enhance cooperation among Taiwan, the U.S., Japan, and our diplomatic allies in the region to create a closer circle of friendship,” added Tsao. “We also welcome other like-minded countries to join this framework and collaborate on issues that affect the entire world.”

In a separate video, Julie Chung, principal deputy assistant secretary in the U.S. State Department’s Bureau of Western Hemisphere Affairs, said that the U.S., Taiwan, and Japan would over the next few months organize "virtual seminars and exchanges" related to the digital economy for the Latin American and Caribbean region. The forums, which she said would be grounded in "shared democratic values" and aimed at achieving "economic prosperity and transparency," may be replaced with physical ones should the global pandemic become less severe.

“The United States supports Taiwan’s relations with its nine diplomatic partners in our hemisphere as well as the economic and cultural relations Taiwan maintains with the whole region,” said Chung. “Taiwan is a democratic partner committed to sustainable development.”

Shirley Aguilar, a senior official at the Guatemalan Foreign Ministry, said the country is honored to be the host of the new GCTF sessions, according to text provided by Taiwan’s Ministry of Foreign Affairs (MOFA). Guatemala will follow Palau to become the second foreign country where GCTF events are held, an arrangement that appears to align with Taiwan's efforts to maintain its diplomatic relations.

Over the past five years, 24 international workshops have been held through the GCTF platform, said MOFA. More than 600 officials and experts from 39 countries have attended the events, it said.

#Taiwan, #US & host #Guatemala are staging the 1st #GCTF in #LatinAmerica & the #Caribbean! Watch Vice Minister Tsao's special address to discover more about the change-making event. Closer cooperation & friendship is key to tackling global issues & promoting prosperity for all. pic.twitter.com/9yJdN95wJS

Great News! We are thrilled to announce a new collaboration to increase economic prosperity in the Western Hemisphere.

Together the U.S., Taiwan, Japan, and our democratic partners are working to grow the digital economies of our countries. pic.twitter.com/iYpGrO1j9z