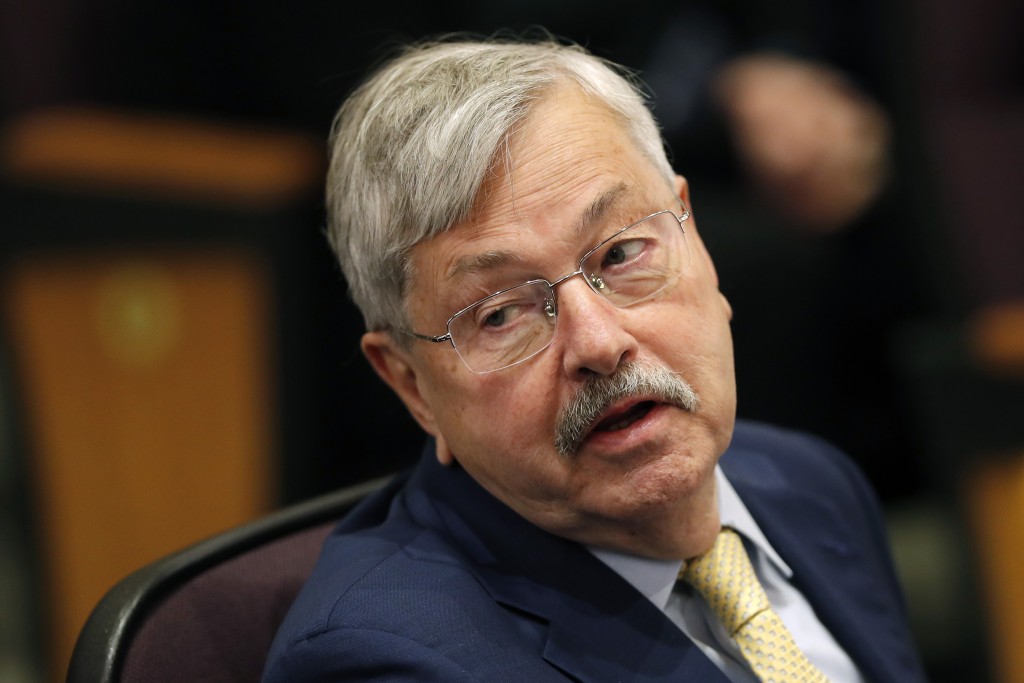 BEIJING (AP) — China has accused the U.S. of seeking to obstruct its development with recent steps to sanction officials who undermine local autonomy in Hong Kong, summoning the U.S. ambassador in Beijing to lodge a protest.

Vice Foreign Minister Zheng Zeguang told Ambassador Terry Branstad that threatened sanctions and the withdrawal of special trading privileges for Hong Kong are not about democracy and freedom in the semi-autonomous territory but an attempt to contain China's development.

“I want to warn the U.S. sternly that any bullying and unfairness imposed on China by the U.S. will meet resolute counter attack from China and the U.S. attempt to obstruct China’s development is doomed to failure," he said, according to an account of Wednesday's meeting carried by state media.

President Donald Trump signed the Hong Kong Autonomy Act into law on Tuesday, as well as an executive order affirming an earlier decision to eliminate preferential treatment that has been given to Hong Kong, but not mainland China.

The U.S and other Western democracies have grown increasingly concerned over developments in Hong Kong, and in particular China's imposition of a national security law that is seen as a threat to freedom of speech and the right to protest.

At the same time, the Trump administration has challenged China on multiple fronts, treating it as a strategic competitor, an approach that seems only likely to expand as Trump faces a tough battle for re-election this fall.

Zheng told Branstad that the U.S. has also “interfered with China’s internal affairs and harmed China’s interests on the issues of Xinjiang, Tibet and the South China Sea, further exposing its nature of naked hegemony."

He urged the U.S. not to go “further and further on the wrong path.”

The U.S. Embassy did not respond immediately to a request for comment.