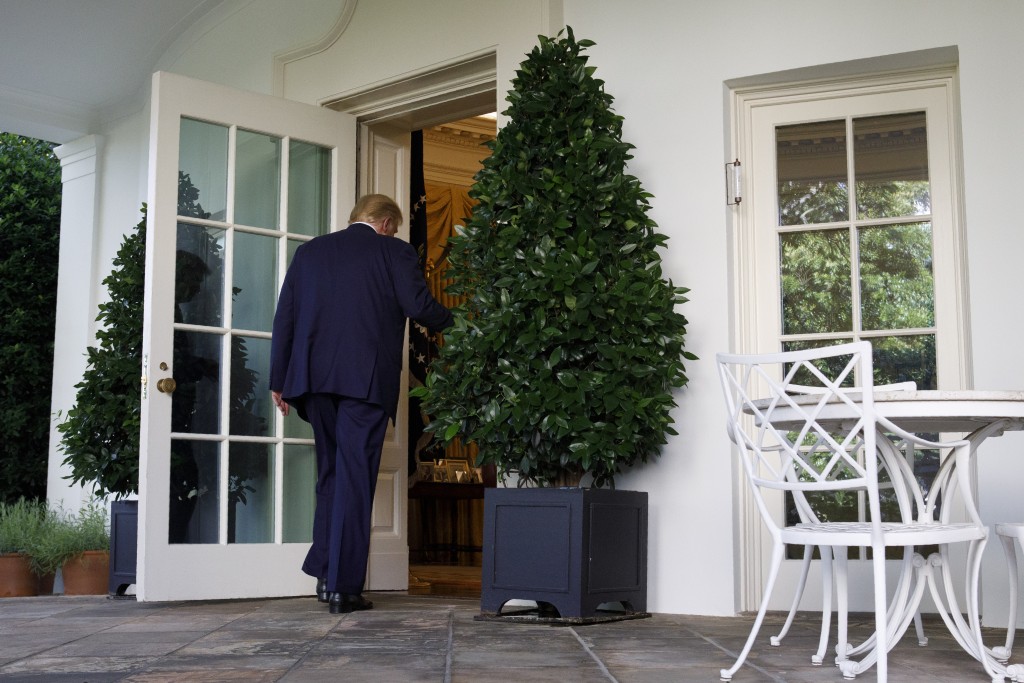 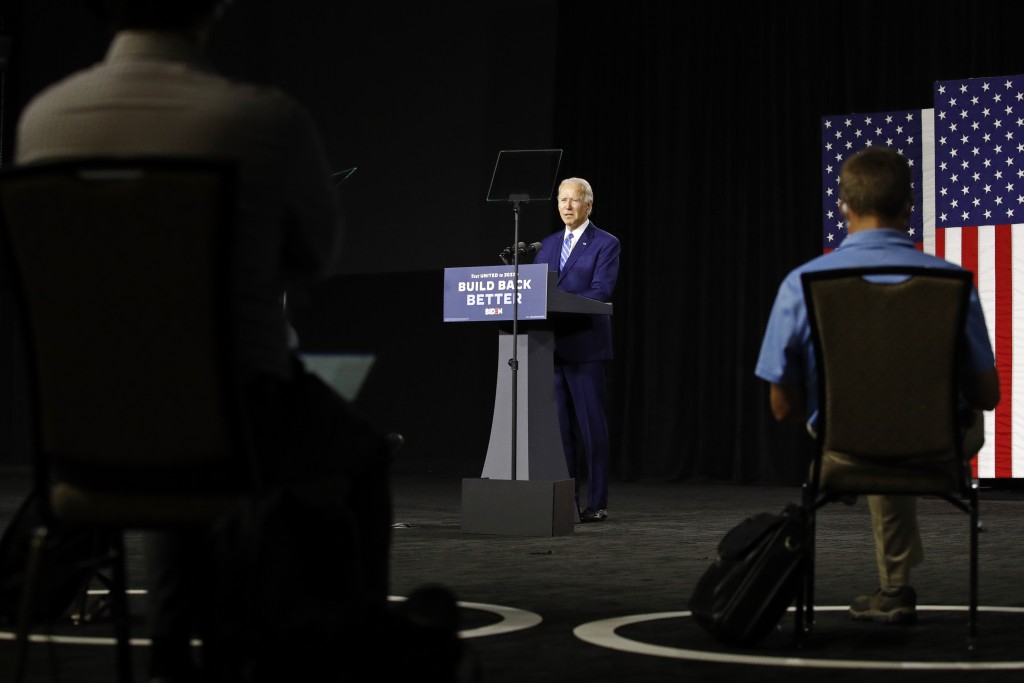 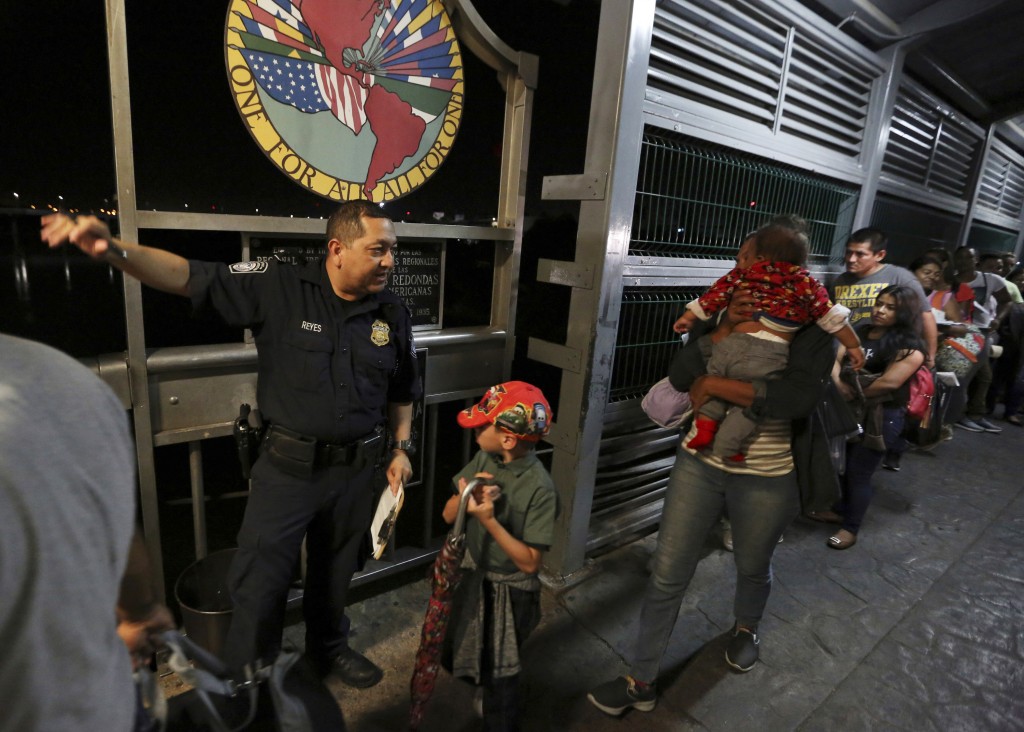 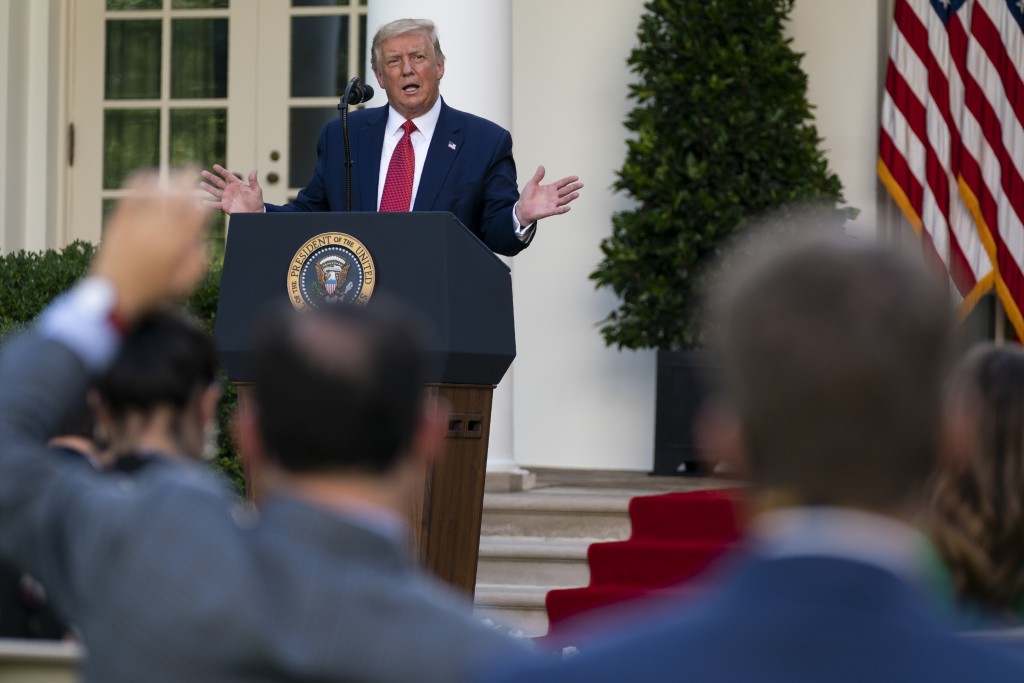 WASHINGTON (AP) — President Donald Trump is assailing Joe Biden for immigration proposals that Biden actually isn't proposing. Trump's account of what his Democratic presidential rival says he'd do with people in the country illegally is false in almost every detail.

Trump issued his heated indictment of Biden's immigration policies and other plans in a sprawling performance from the Rose Garden on Tuesday and carried on with the theme Wednesday.

In addition to misrepresenting Biden's still-evolving agenda, Trump ignored the fact that the Obama-Biden administration aggressively deported people, drawing fierce criticism from some advocates for immigrants.

Here's a look at Trump's assertions and how they compare with the facts:

THE FACT: Biden has proposed no such thing. Nor has the task force on immigration that Biden advisers created with advisers from Vermont Sen. Bernie Sanders' former presidential campaign.

Biden instead has proposed something far more limited. He would reverse a Trump administration rule that allows immigration officials to consider whether someone seeking a U.S. visa or green card is likely to use Medicaid or certain other public benefits. If so, that person's bid to live legally in the U.S. could be disadvantaged.

The committee of advisers makes a similar recommendation in hopes of influencing the Democratic platform. But neither Biden nor the panel has endorsed extending blanket public assistance immediately to immigrants regardless of their legal status.

Biden’s immigration plan does not include money for new border fencing, and he and the task force aren’t calling for any new walls. But neither has proposed taking down existing barriers.

THE FACTS: Such a plan also does not exist.

Instead, Biden has promised to adhere to federal court precedent capping how long immigrants can be held in detention, which the Trump administration has challenged. He also supports “community-based” alternatives to detention and would close private, for-profit detention centers.

As for the task force of advisers, it proposes using federal money to help states find alternatives to detention for immigrant children specifically and says detention centers should be a last resort for all immigrants. Biden is not bound by what these advisers want him to do, and in any event, they are not proposing to eliminate incarceration but to reduce it.

Biden has been notably outspoken in arguing that crossing the U.S. border illegally is a crime and should remain punished as such in federal court. In fact, he and the task force have not endorsed immigration plans supported by Sanders and other former presidential candidates that sought to decriminalize illegal border crossings and make doing so only a civil offense.

THE FACTS: Biden hasn't proposed ceasing deportations. He's not committed to a policy on it either way. The committee of advisers has proposed a 100-day moratorium on deportations, not a ban.

TRUMP: “Federal student aid and free community college for illegal aliens. What do you think about that?”

THE FACTS: Only for the people already in the country who came illegally as children — the so-called Dreamers. Neither Biden nor the task force is proposing such aid for everyone who is in the country illegally or who comes illegally in the future.

THE FACTS: No. Biden and the task force are not proposing asylum for all who seek it.

THE FACTS: Yes, both Biden and the task force want to undo Trump administration agreements with Mexico and Central America that require many immigrants to remain in those countries until their claims for asylum can begin to be processed at the U.S. border.

THE FACTS: The consequences of any new policy can't be known in advance with precision. But Biden and the advisers argue that rolling back Trump’s “zero tolerance” immigration policy would actually free up law enforcement to focus on more serious crimes, like smuggling immigrants, children and drugs.

Biden has also vaguely promised to “improve cross-agency collaboration," which he says would help multiple agencies investigate and prosecute smugglers. Whether that's so can't be known in advance, either.