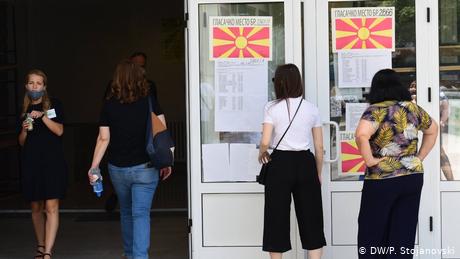 North Macedonia's pro-European Union SDSM party took an initial lead in the country's nationwide elections on Wednesday with 36.9% of the vote.

The nationalist VMRO-DPMNE is currently second with a 35.9% share of the vote, while the ethnic Albanian Democratic Union of Integration party is in third with 10.2% support.

The figures are based on preliminary results with 71% of the overall tally counted.

Wednesday's vote is the ninth parliamentary election since the Balkan republic of 2 million people declared its independence from Yugoslavia in 1991.

The election result could take the recently renamed country a step closer to EU accession, should the SDSM hold onto its lead.

The vote was originally scheduled for April but postponed due to the coronavirus pandemic. As a result, citizens arrived at the polling stations to cast their ballots donned mandatory face masks.