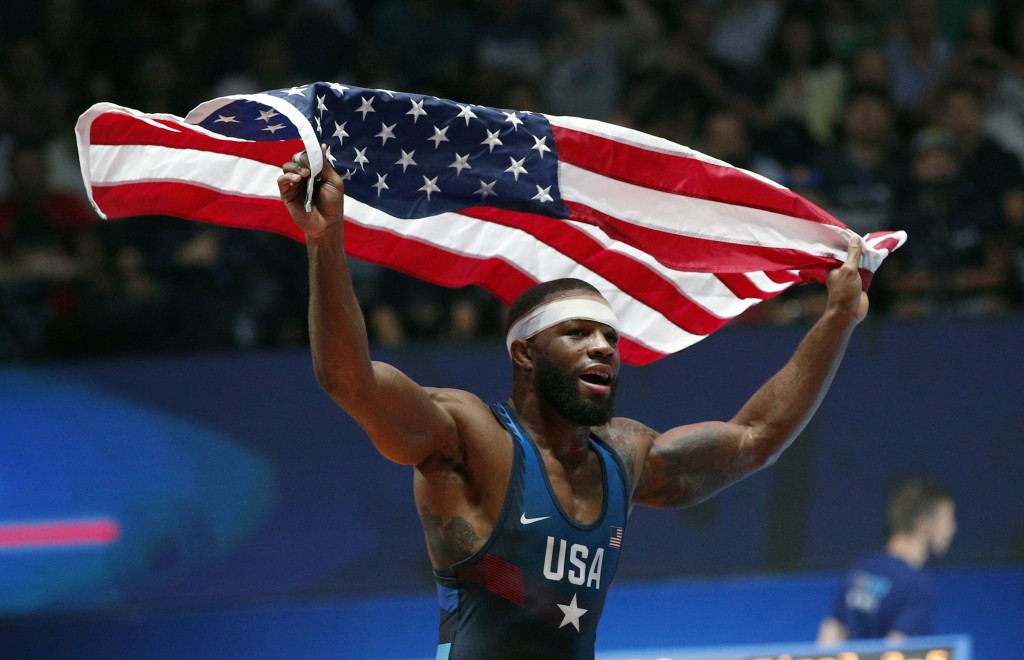 Jordan Burroughs, the face of U.S. wrestling for nearly a decade, said he plans to compete another four years with the hope of finishing his career at the Paris Olympics in 2024.

Burroughs laid out his future in a statement Wednesday, saying he will leave his longtime training headquarters in Lincoln, Nebraska, and join the Pennsylvania Regional Training Center in Philadelphia as a resident athlete in September 2021.

Burroughs competed as a collegian at Nebraska and has continued to train under coach Mark Manning the past 14 years. Burroughs, 32, said he and his wife have always wanted to move closer to his hometown of Sicklerville, New Jersey, a short drive from Philadelphia.

“Over the last three months I’ve had a considerable amount of time to think about my future,” Burroughs said. "Is it my time? Should I walk away? Will this Olympic cycle be the last for me? Should I leave my shoes on the mat and move on to the next season of life?

“The answer is simple. Not yet. My body is strong. My mind is sharp. I love this sport, and I’m not finished. I will continue. But in a new place. Back where it all started.”

He's one of three American wrestlers to win four or more world golds, and his combined eight medals at worlds and in the Olympics are the third most in U.S. wrestling history. He has won 189 of 198 matches as a senior freestyle wrestler.

Burroughs, who failed to medal at the 2016 games in Rio de Janeiro, will attempt to make a third straight Olympics next year when the U.S. trials are held in advance of the rescheduled Tokyo games.

Manning said he and Burroughs had been talking about the future since it was announced in March that the 2020 Olympics would be pushed back to next year because of the coronavirus pandemic.

“The plan was always for Jordan to wrestle until 2020 and move on after that,” Manning said. “He has the next phases of life, and he wants to open a big club in Philadelphia.”

But Manning said Burroughs still has his quickness, he's as good as ever technically, he has good health and, most important, still has passion.

“In our sport it's hard to tell an aged veteran like that to stop wrestling or keep wrestling," Manning said. "You have to have the inner desire in a sport like wrestling to say, ‘Hey, I’ve had enough,' or ‘Hey, I haven’t had enough. I've got years left in me.' That's what Jordan was conveying to me.”