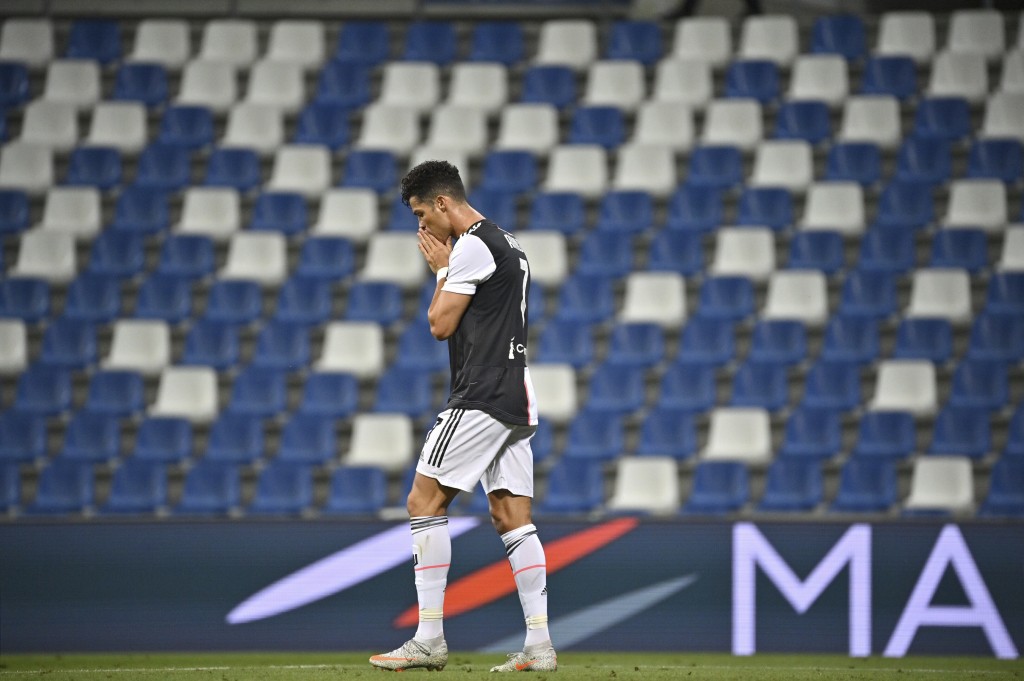 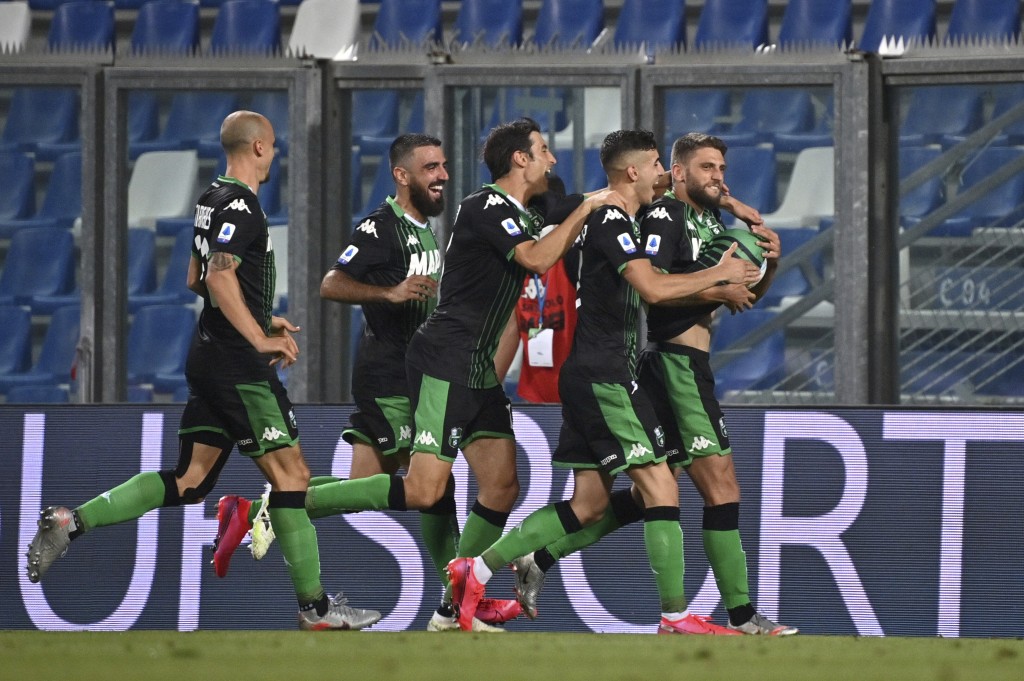 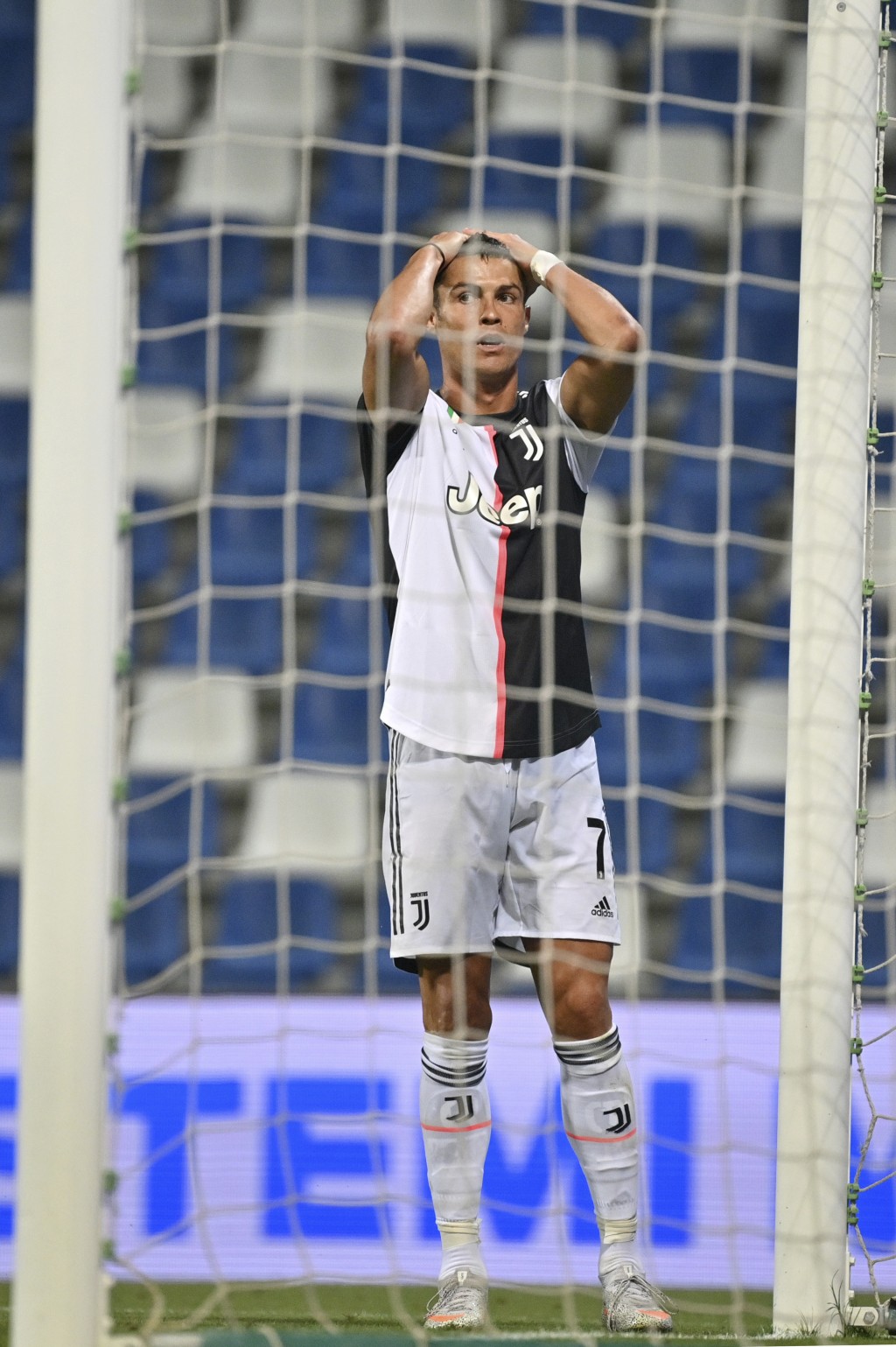 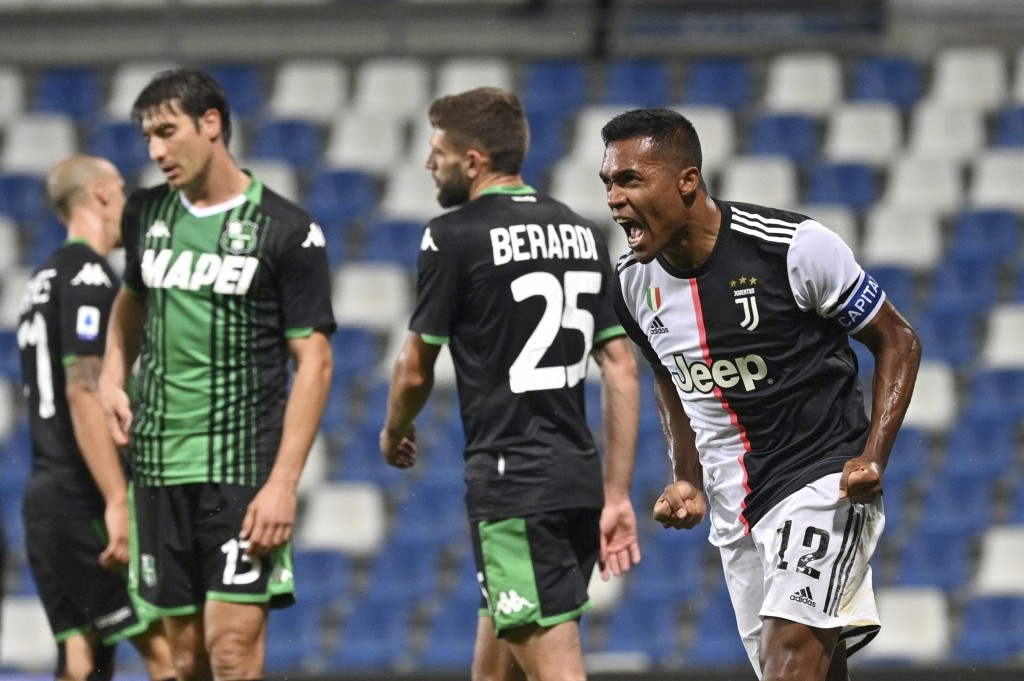 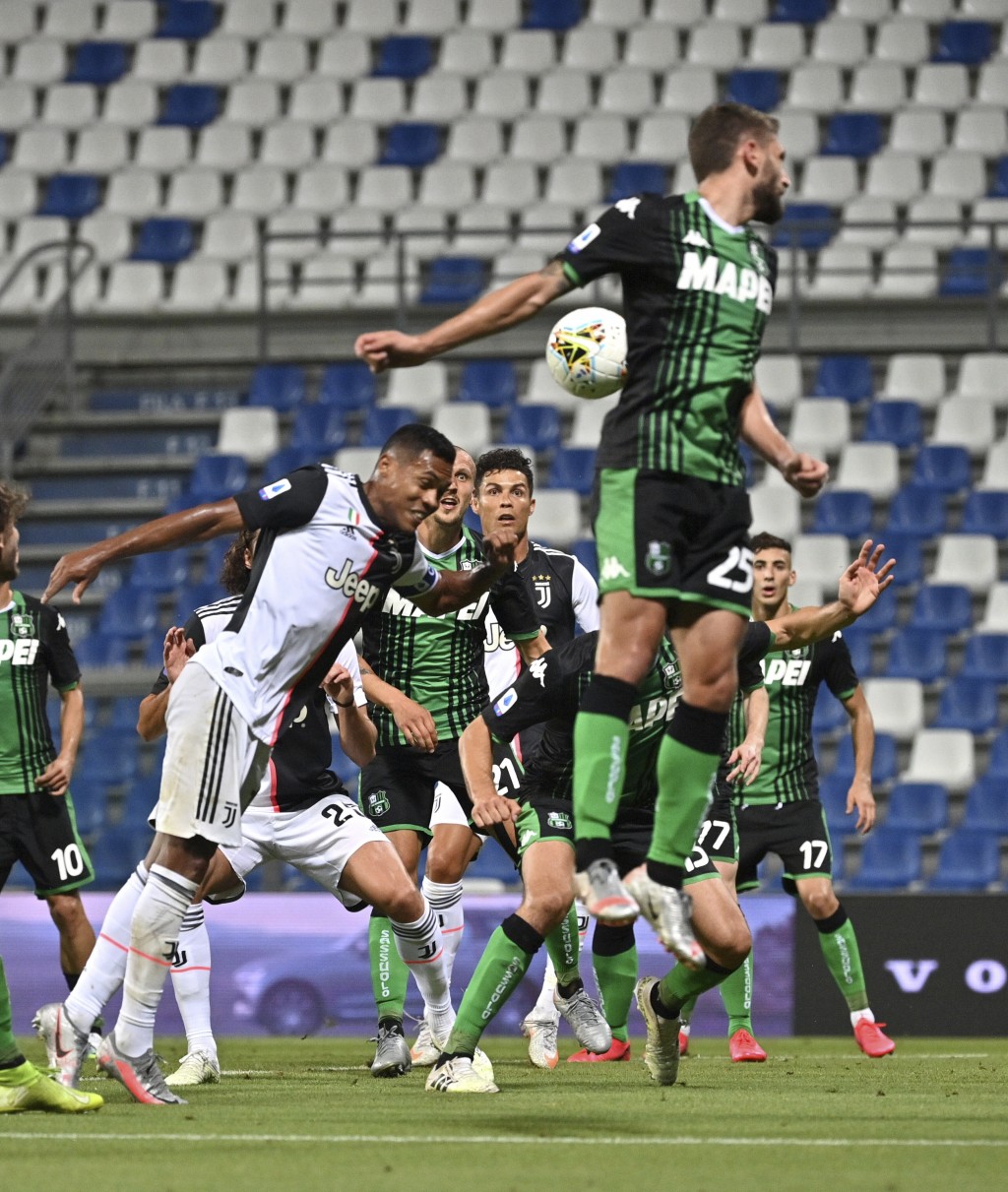 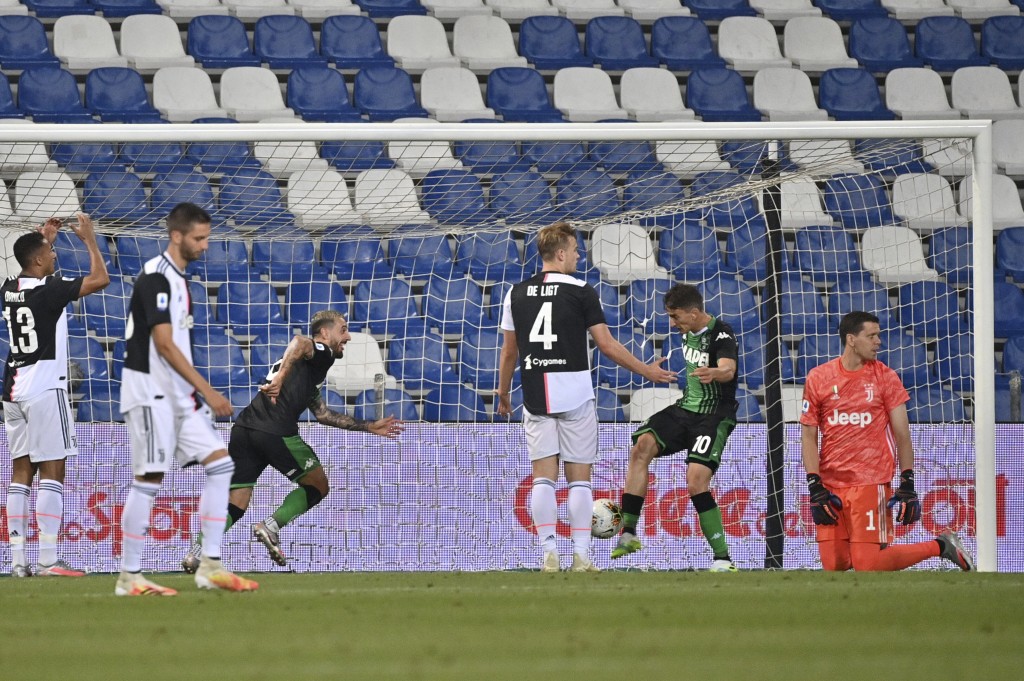 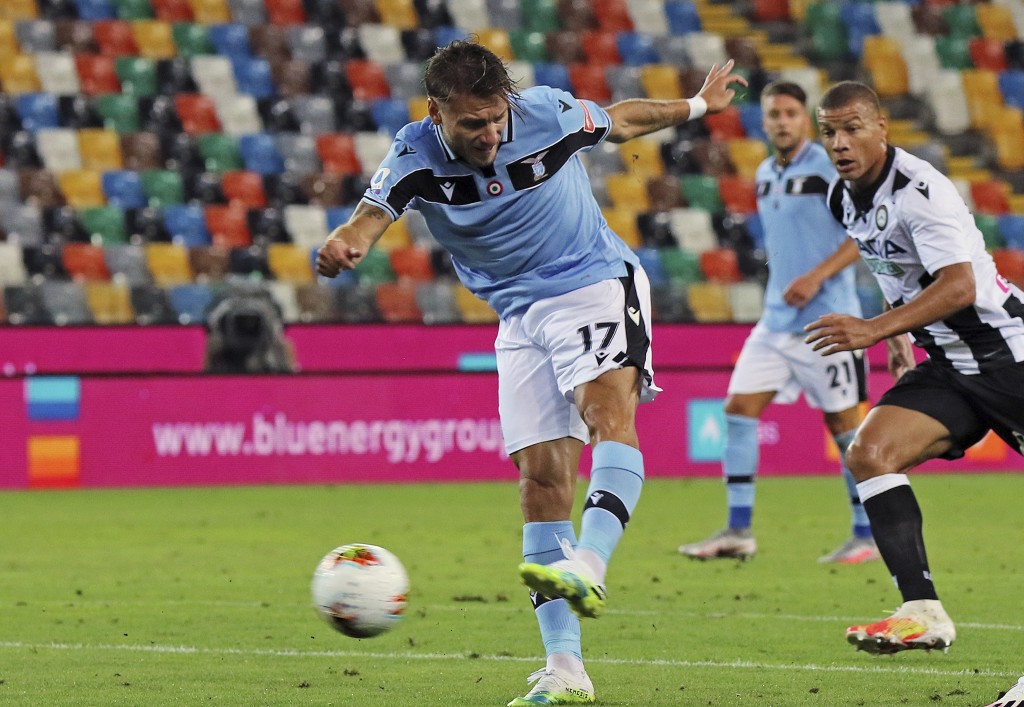 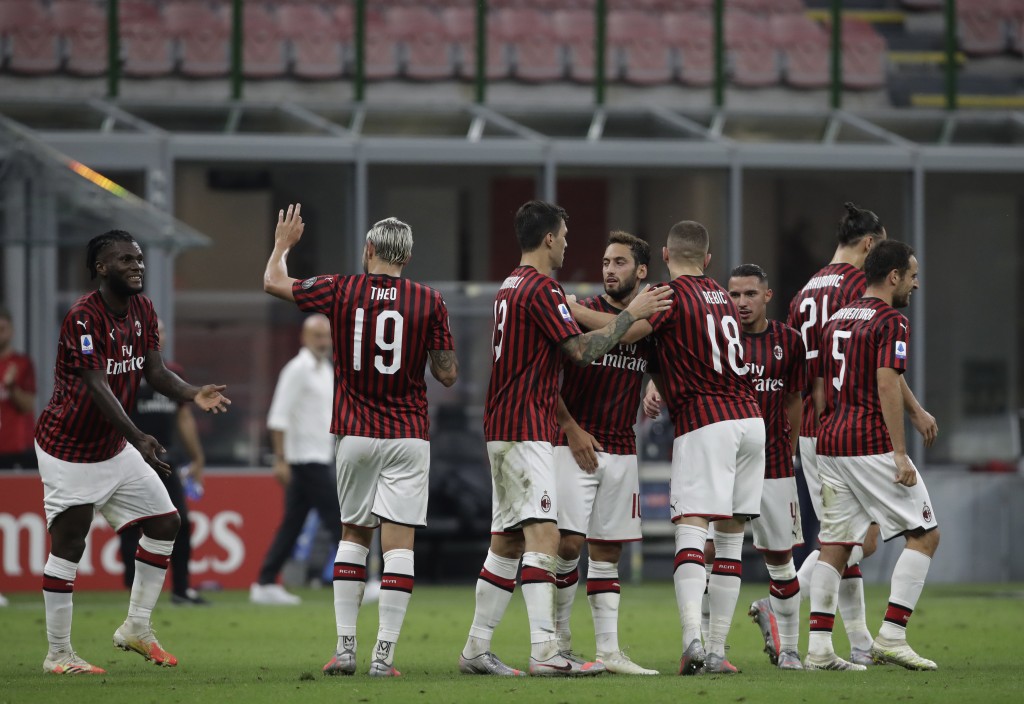 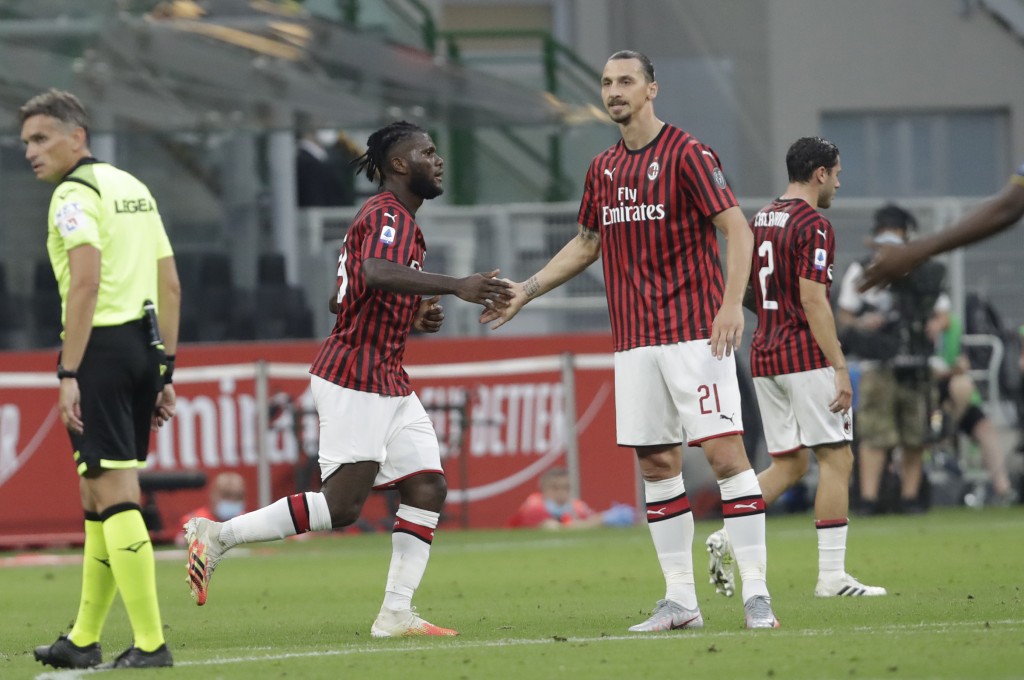 MILAN (AP) — Juventus was held to a 3-3 draw at Sassuolo in Serie A on Wednesday, although that will do little to slow its seemingly unstoppable march to a record-extending ninth straight league title.

Juventus is seven points ahead of Atalanta, which beat Brescia 6-2 on Tuesday, and eight points ahead of Lazio five games remaining after the capital side also drew — 0-0 at relegation-threatened Udinese. Fourth-place Inter is nine points behind Juventus and visits Spal on Thursday.

Juve seemed to be cruising early as it went 2-0 up within 12 minutes following goals from Danilo and Gonzalo Higuain.

However, Filip Đuričić pulled one back in the 29th minute and Sassuolo had the better of the chances at the end of the first half.

Sassuolo turned things around shortly after the break as Domenico Berardi equalized with a free kick and set up Francesco Caputo three minutes later.

Alex Sandro headed in a corner for Juventus to level in the 64th and Bianconeri goalkeeper Wojciech Szczęsny pulled off a number of important saves throughout the match to leave the Bianconeri ultimately grateful for a point.

Lazio has struggled since the restart and was somewhat fortunate not to lose against Udinese.

Rodrigo De Paul hit the post in stoppage time for Udinese, which inched seven points clear of the relegation zone.

Lazio came into the match on the back of three successive defeats and had only won two of its previous six matches since Serie A resumed following the break because of the coronavirus pandemic.

AC Milan boosted its chances of qualifying for Europe as it came from behind to beat Parma 3-1.

Milan moved level on points with sixth-place Napoli, which drew 1-1 at Bologna. Roma is four points ahead after beating Hellas Verona 2-1.

Elsewhere, Sampdoria beat Cagliari 3-0 to move eight points above the drop zone and 18th-place Lecce, which lost 3-1 at home to Fiorentina.