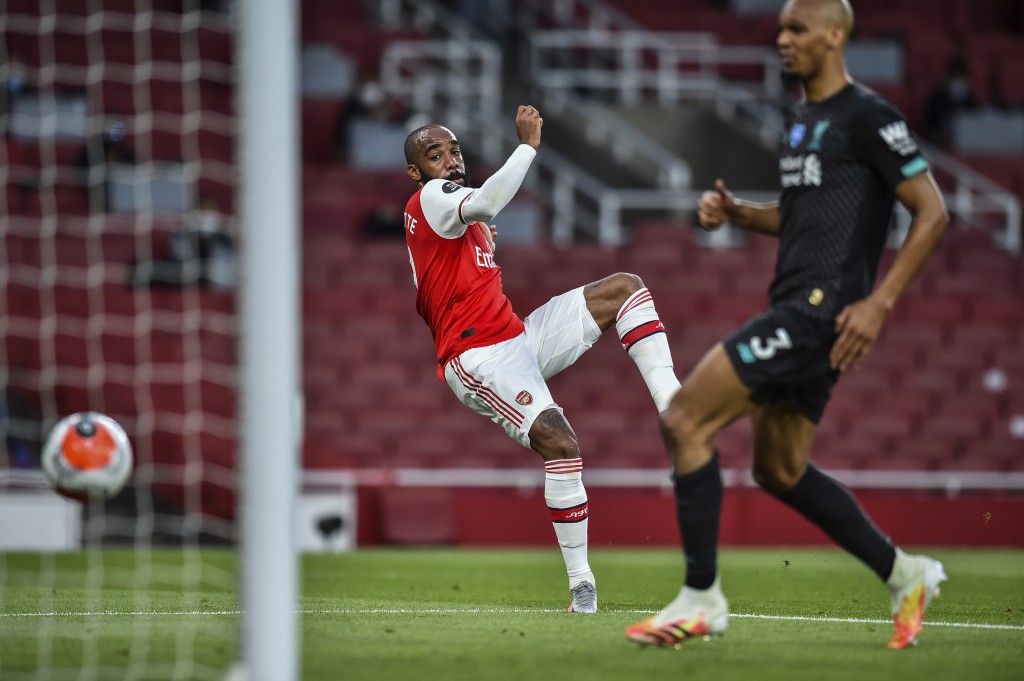 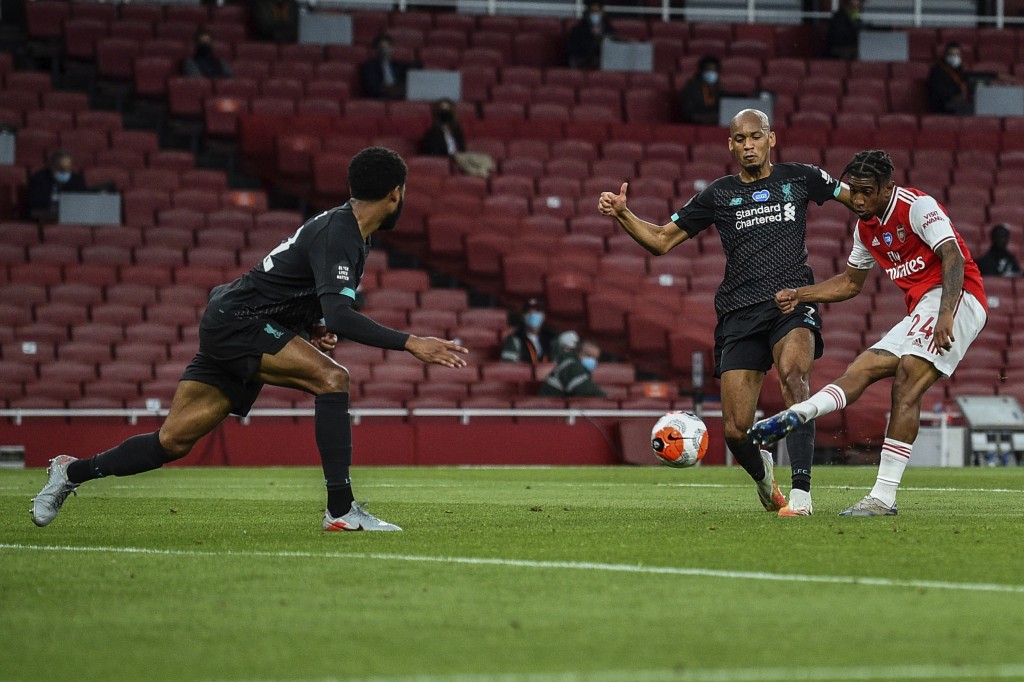 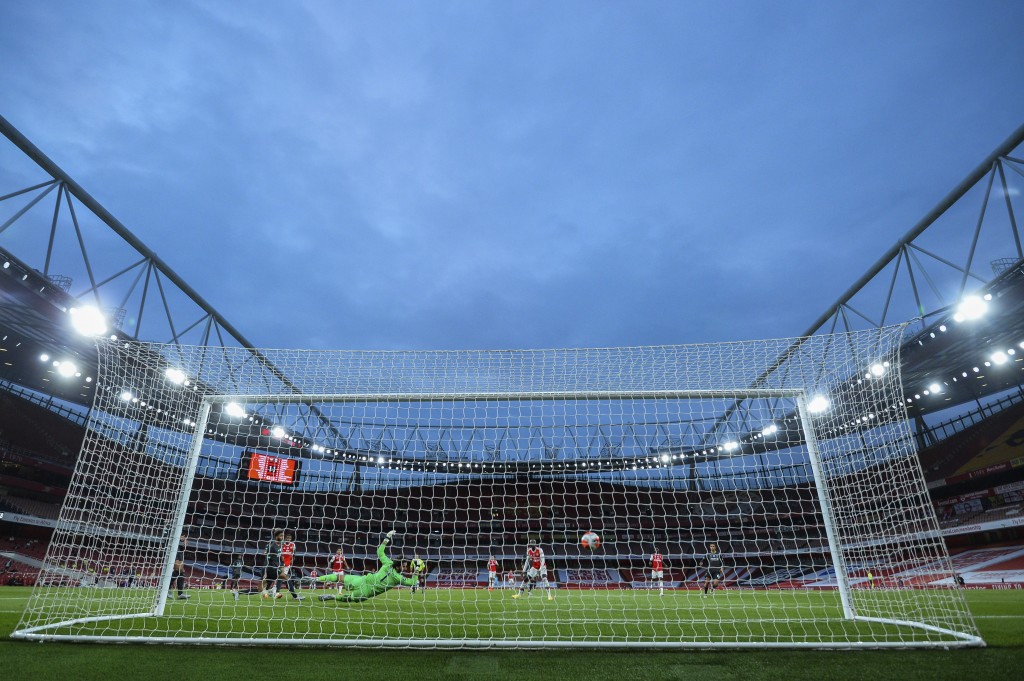 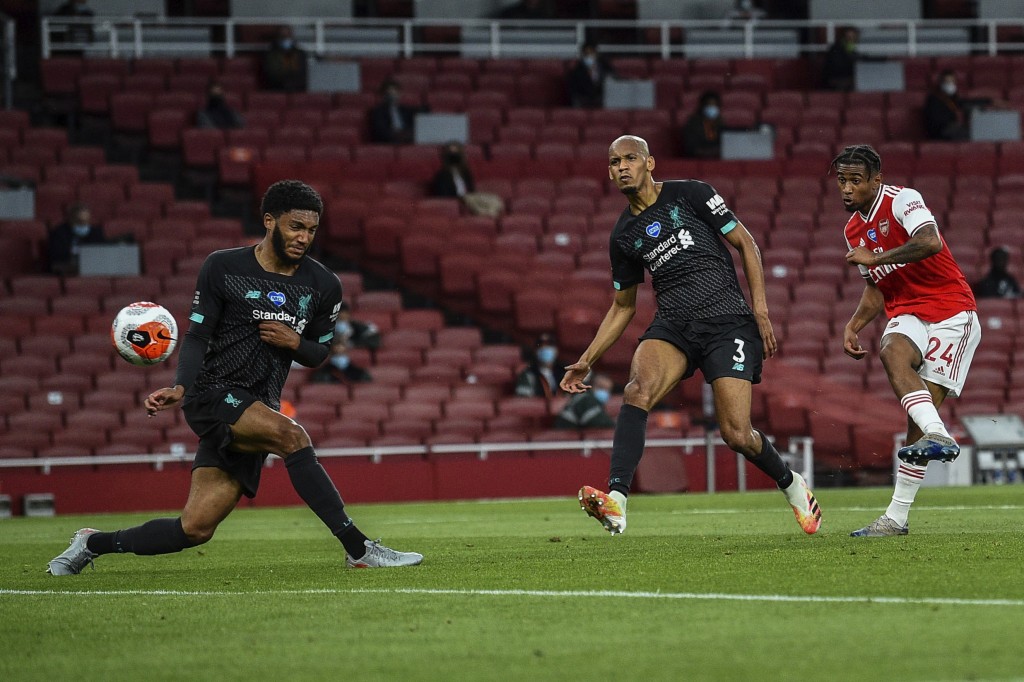 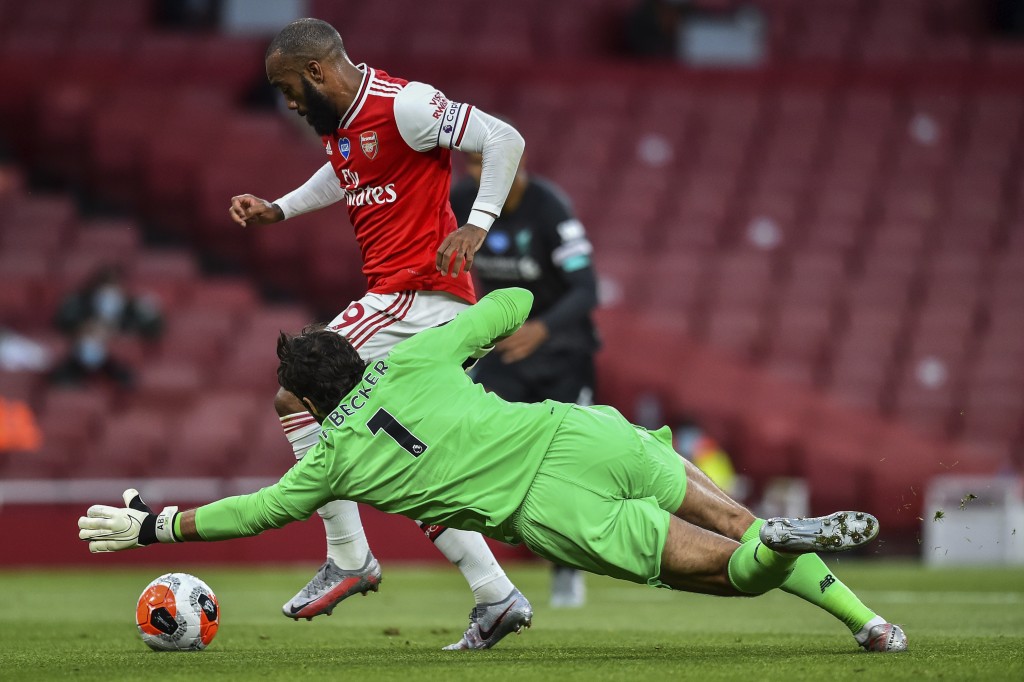 LONDON (AP) — Liverpool will have to settle for just lifting the Premier League trophy next week. It won't be accompanied by a record-breaking points total after losing 2-1 at Arsenal on Wednesday.

Having ended the club's 30-year title drought, Liverpool has eased up and the bid to match or overhaul Manchester City's 100-point record is over.

Arsenal scored from its first two shots on target — to cancel out Sadio Mane's opener — and Liverpool provided the assists through carelessness.

Under pressure from Arsenal forward Reiss Nelson on the edge of the penalty area, Virgil van Dijk opted for an ill-judged back-pass. Alexandre Lacazette intercepted the ball and rounded goalkeeper Alisson before tapping in Arsenal's equalizer in the 32nd minute.

Alisson was at fault for Arsenal's winner by clearing the ball straight to Lacazette, and Nelson applied the finish in the 44th.

It had initially been Arsenal's defending that was providing gifts. Mane was left unmarked to meet Andrew Robertson's cross and put Liverpool in front in the 20th minute.

But Liverpool now has just one point from its last two games after being held 1-1 by Burnley at Anfield, ending a bid to become the first team to finish a Premier League season with a perfect record at home.

This was only Liverpool's third loss of the season but it means it can only finish with 99 points by winning its remaining two matches.

The title was sealed in record time three weeks ago, with seven games to spare after a three-month pandemic-enforced break in the season.

The trophy will be presented to Liverpool players after final home match of the season next Wednesday against Chelsea.

With no fans allowed into Anfield due to the coronavirus, a podium will be built in the iconic Kop stand for Jordan Henderson to become the first Liverpool player since 1990 to lift a league championship trophy.

Arsenal has won the Premier League four times since then, but not since 2004. The north London club is way off the pace this season, 40 points adrift. This win only lifted Mikel Arteta's side to ninth place, but it remains in the hunt for Europa League qualification.

A route into Europe also remains through the FA Cup with Arsenal playing defending champion Manchester City in the semifinals on Saturday.