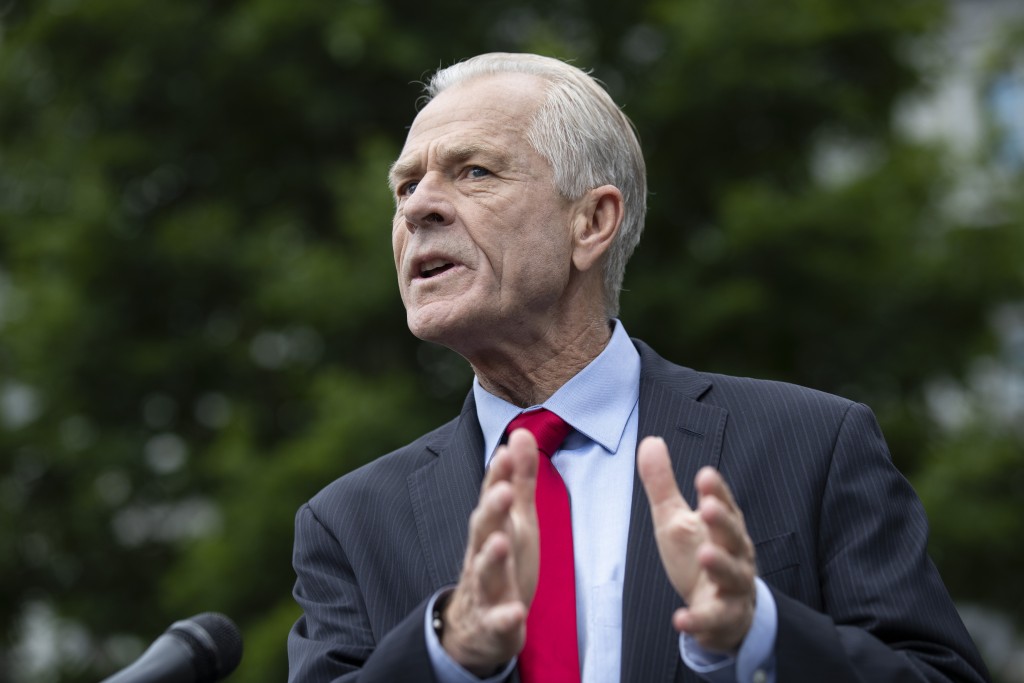 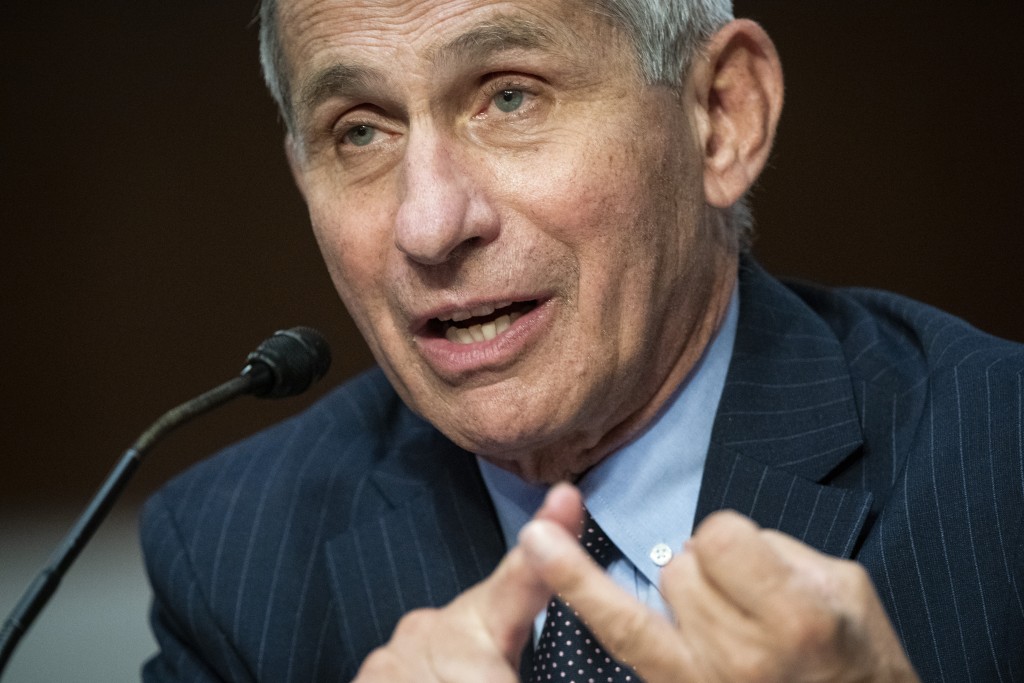 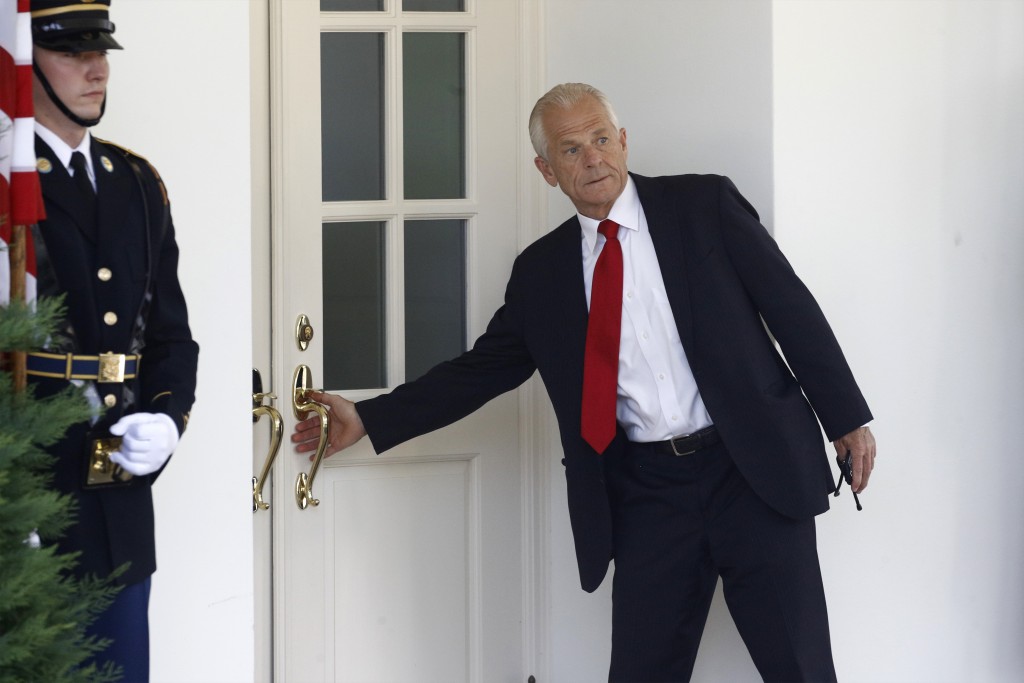 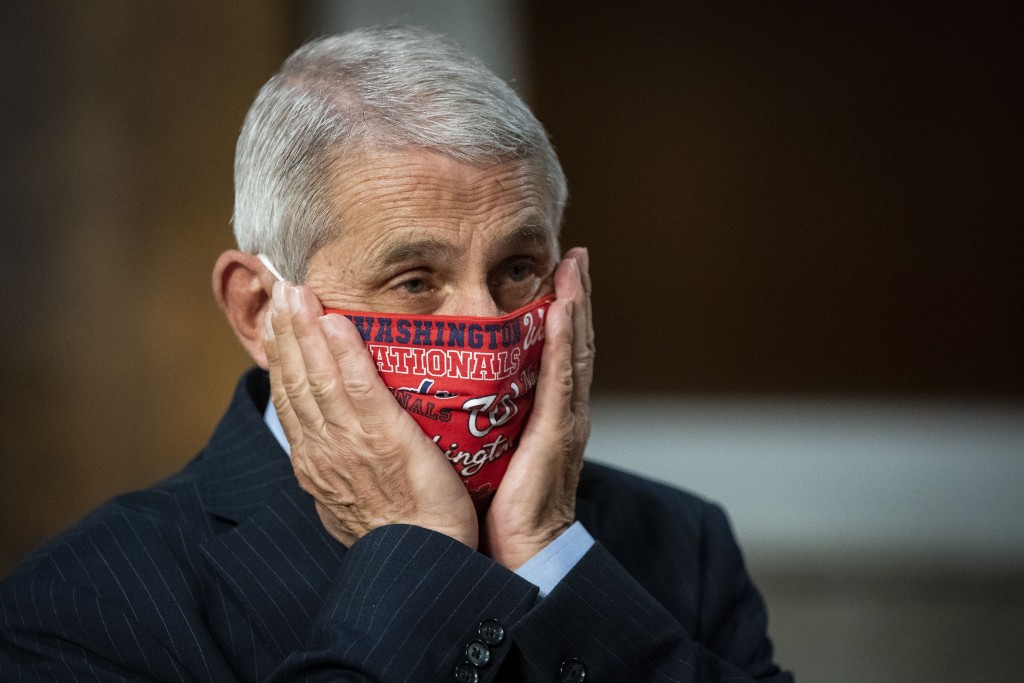 The long-simmering tiff escalated when Navarro wrote an op-ed in USA Today skewering Fauci, writing that the doctor “has been wrong about everything I have interacted with him on. ... So when you ask me whether I listen to Dr. Fauci’s advice, my answer is: only with skepticism and caution.”

In an interview with The Atlantic, Fauci returned: “I can’t explain Peter Navarro. He’s in a world by himself. So I don’t even want to go there.”

And Trump, who has complained about Fauci privately for months — and publicly in recent days — stepped in to referee.

Navarro “made a state statement representing himself. He shouldn’t be doing that,” Trump told reporters as he departed the White House for Atlanta. The president insisted he had a “very good relationship with Dr. Fauci” and said his staffers were working together.

The back-and-forth is the latest episode of infighting in a White House that has been riven by rivalries since its earliest days. It comes as the White House's handling of the pandemic has come under even deeper scrutiny at a time when cases are surging and the president is pressing to restart economic activity, in part to bolster his reelection chances.

Trump has been known to encourage disputes between aides, believing differing viewpoints serve him better. Others in the White House have waged an open campaign to discredit Fauci, who has been increasingly vocal in his disagreements with the president's enthusiasm for reopening high-risk venues like schools and sporting arenas.

“We’re all on the same team,” Trump said. “We want to get rid of this mess that China sent us. So everybody’s working on the same line and we’re doing very well.”

Still, a person familiar with the matter said Trump himself was amused by the spat, believing Navarro highlighted errors by Fauci and helped reduce his public stature, which has grated on some in the West Wing for months.

One White House official, also speaking on condition of anonymity to discuss private conversations, said Navarro had been warned by the White House communications team in recent days to de-escalate his beef with Fauci, but went ahead with the op-ed nonetheless.

White House chief of staff Mark Meadows did not approve the article and is “fully engaged,” according to the official.

Navarro, an economist and China hardliner without public health credentials, did not respond to a request for comment.

The episode was frustrating for some in the White House because it diverted attention from positive developments, like progress on a vaccine, another official said.

Fauci discussed his predicament in a series of interviews with The Atlantic this week.

Asked about the attacks lodged against him by anonymous White House officials, Fauci said he “cannot figure out in my wildest dreams why they would want to do that. I think they realize now that that was not a prudent thing to do, because it’s only reflecting negatively on them."

As for his relationship with the president, Fauci said it has changed over time. While he used to speak one-on-one with Trump, Fauci said, “I haven’t done that in a while. But a day does not go by that I am not in contact with Debbie Birx, with Bob Redfield, or Steve Hahn and others,” he said referring to other members of the White House coronavirus task force. "My input to the president goes through the vice president. But clearly, the vice president — literally every day — is listening to what we have to say, there’s no doubt about that.”

Sen. John Kennedy, R-La., said on Fox News that Navarro was entitled to his opinion but “I would prefer that he not write it.”

“Everybody’s on the same page," Kennedy added. "I know the vice president thinks the world of Dr. Fauci. Is he right 100% of the time? None of us are.”