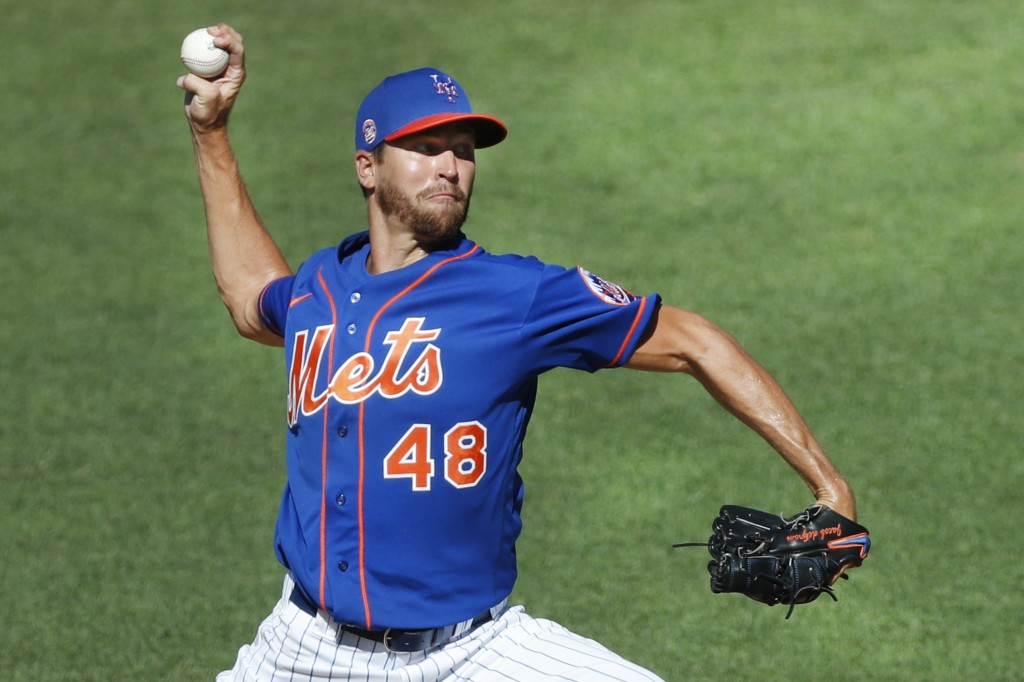 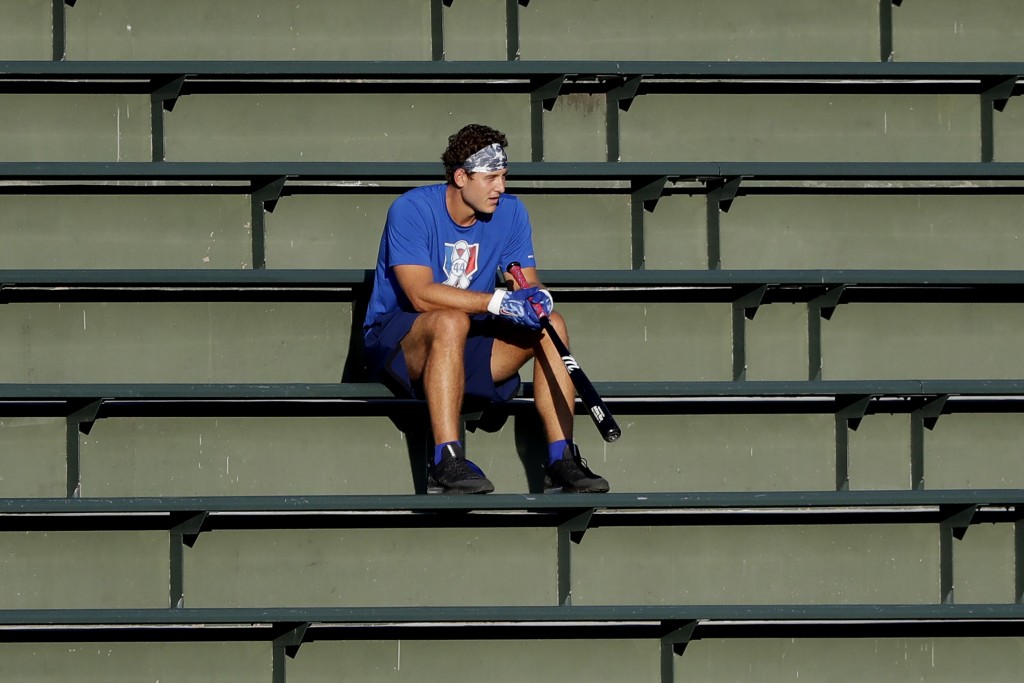 CHICAGO (AP) — Opening day is next week, and there is concern for New York Mets ace Jacob deGrom and Chicago Cubs first baseman Anthony Rizzo because of back issues.

The Mets sent deGrom for an MRI on Wednesday after the right-hander pitched just one inning in a summer camp appearance due to back tightness. An MRI on Rizzo on Tuesday showed rib-head inflammation on his left side that is causing back spasms — a condition he has dealt with before in his career.

“Frustrating, just because how physically in shape I felt like I was coming in,” Rizzo said. “Just can't control the flareups. The MRI getting kind of what we knew, just confirming it. Just kind of getting it to calm down and get back out there as fast as I can.”

The loss of deGrom or Rizzo for an extended period would be a huge blow for either of their teams — especially in a shortened 60-game season.

Rizzo and deGrom are considered day to day. If deGrom is unable to go on opening day against Atlanta on July 24, Marcus Stroman or Steven Matz could get the ball. Chicago manager David Ross mentioned Kris Bryant and Victor Caratini as possible fill-ins for Rizzo if he has to begin the year on the injured list.

“I want him to be healthy and 100%,” Ross said. “I think the good news is he understands where he's at with this back thing he's got going on and dealing with it in the past. He doesn't seem worried. I think the main thing is that we're progressing in the right direction.”

Baltimore Orioles outfielder Anthony Santander confirmed he missed the start of summer camp because he tested positive for COVID-19.

The Orioles have not disclosed any positive tests since opening camp on July 3. Outfielder Dwight Smith Jr. remains absent, and manager Brandon Hyde again refused Wednesday to explain why.

Santander suited up for the first time Tuesday and went through a rigorous workout in an effort to make up for lost time. He is hoping to be part of the starting lineup when Baltimore opens at Boston on July 24.

“Now I’m healthy and not contagious. Happy to be back on the field with my teammates,” Santander said in a Zoom call Wednesday. “I’m looking forward to the season.”

Santander said he tested positive when he reported to camp early this month. He had been in Florida before coming to Baltimore.

“This was something serious," he said. “Thank God I had only mild symptoms.”

Outfielder Trey Mancini will miss the entire season after undergoing colon cancer surgery in March, so Santander is expected to be a significant contributor. He played in 93 games last season, batting .261 with 20 homers and 59 RBIs.