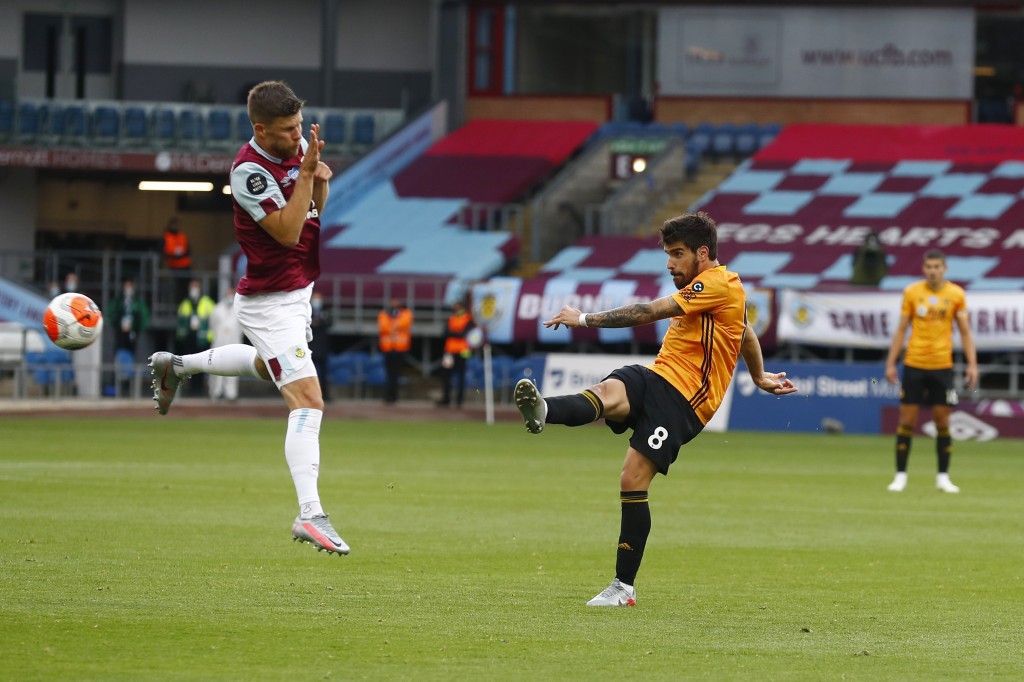 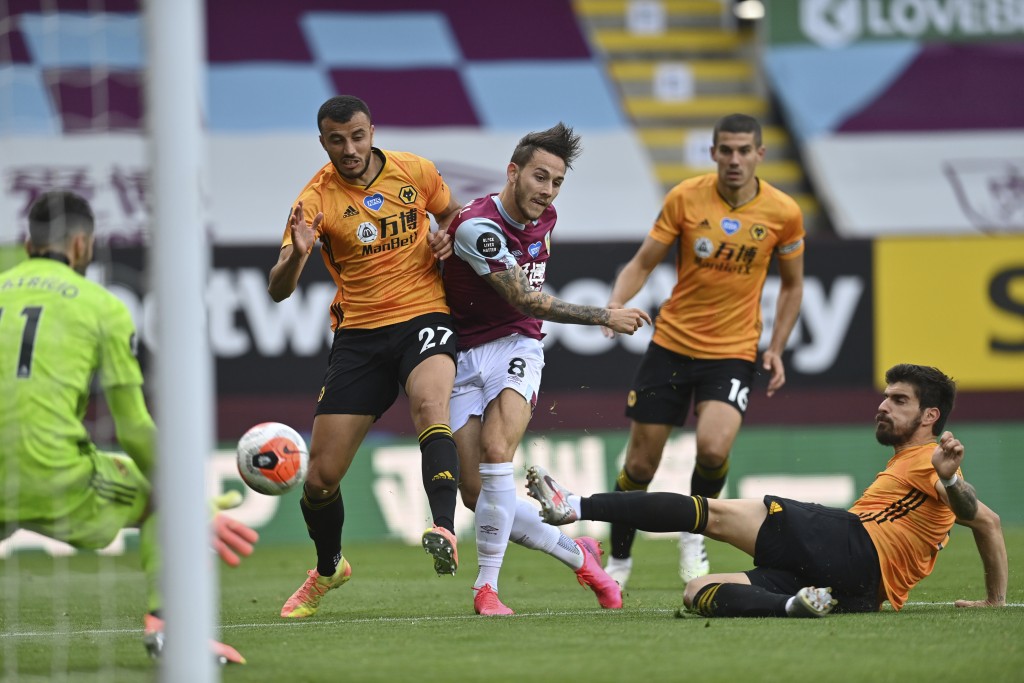 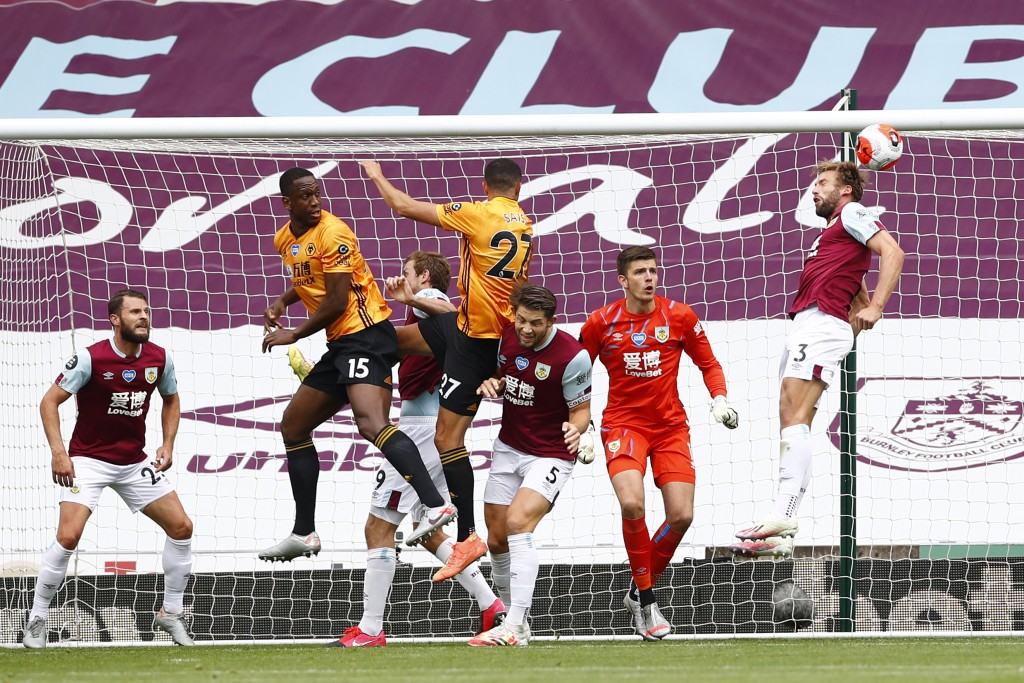 BURNLEY, England (AP) — Wolverhampton conceded a goal from a penalty in the sixth minute of injury time to draw 1-1 at Burnley in the Premier League on Wednesday, damaging its already-slim chances of qualifying for next season's Champions League.

Chris Wood converted the spot kick after Wolves substitute Matt Doherty was adjudged to have handled the ball in the penalty area.

It canceled out a volley from Raul Jimenez from the edge of the area in the 76th minute, which looked like earning sixth-place Wolves a victory that would have lifted the team to within a point of Leicester and Manchester United.

However, Wolves is three points behind them, with a much inferior goal difference and having played an extra game.