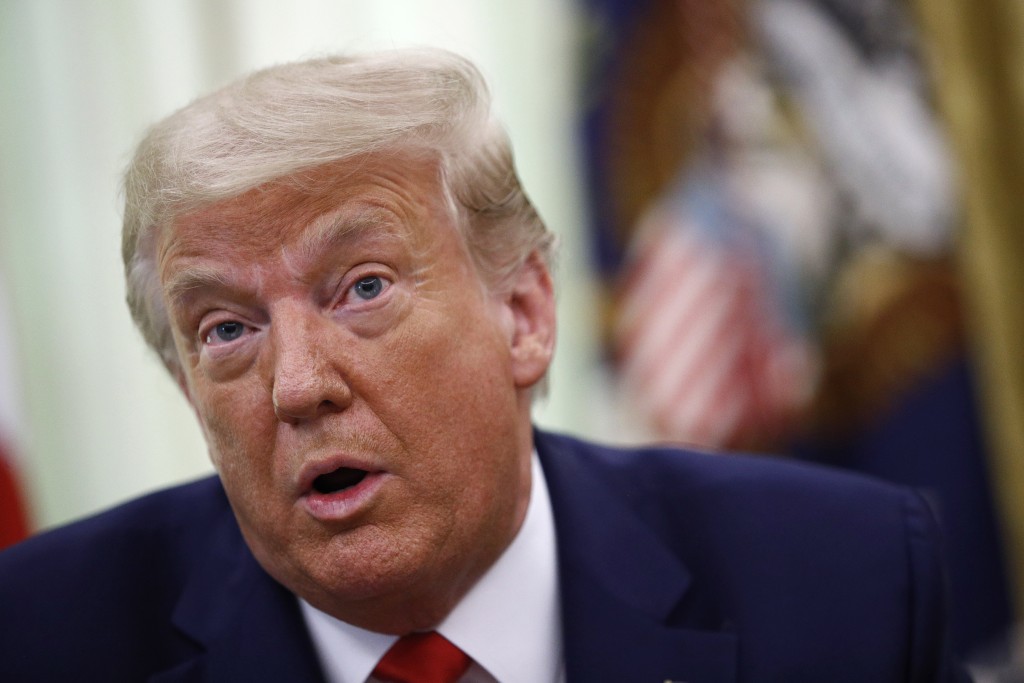 NEW YORK (AP) — A week after losing a Supreme Court ruling, President Donald Trump’s lawyers said Wednesday they're considering challenging subpoenas for his tax records by criminal prosecutors on grounds that the subpoenas are a fishing expedition or a form of harassment or retaliation against him.

The plans were outlined in a letter to a Manhattan federal judge overseeing legal squabbles related to Manhattan District Attorney Cyrus Vance Jr.'s request for eight years of Trump's personal and corporate tax records in a criminal probe.

Vance is seeking the records from Trump's accountant in part for a probe of payments that Trump’s then-personal lawyer, Michael Cohen, arranged during the 2016 presidential race to keep two women from airing their claims of extramarital affairs with Trump. Trump has denied the affairs.

Lawyers for the Republican president noted that the Supreme Court in its ruling last week said they can raise arguments that the subpoenas seek too much information, or are designed to impede Trump's constitutional duties or harass, manipulate or retaliate against him.

“The President intends to raise some or all of these arguments," the lawyers wrote.

Lawyers for the prosecutor wrote in the jointly submitted letter that Trump’s lawyers are asking for more than they are allowed. They said Trump's lawyers are basing their plans on a concurring opinion that conflicts with the Supreme Court's majority opinion in the case, and that the lower-court judge already rejected the same arguments Trump's lawyers are suggesting they might make.

“This Court has already found that there was no demonstrated bad faith, harassment, or any other unusual circumstance," Vance's lawyers said. “And this Court has rejected the President’s claim that there was any evidence of a ‘secondary motive’ that goes beyond good faith enforcement of the criminal laws."

Lawyers for Vance, a Democrat, also objected to a request from Trump's lawyers that they be entitled to gather new evidence before the subpoenas are enforced and that nothing occur until the Supreme Court issues a mandate.