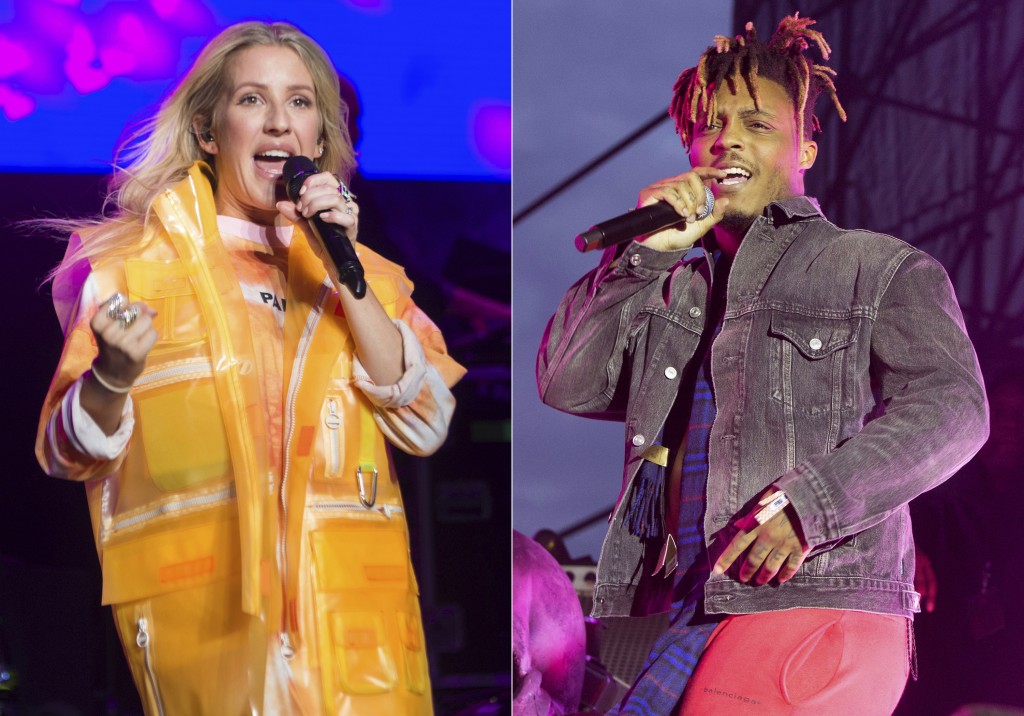 NEW YORK (AP) — Joining forces on a song with another artist is a big deal for Ellie Goulding, and she remembers working together with late rapper Juice WRLD on “Hate Me," which is featured on her new album being released Friday.

“(I) was just so looking forward to having this song together that would connect me with him forever. Whenever you do a collaboration you’re connected forever. Songs are so moving and so important when you find the song you can relate to so much, or you love to dance to or the song you like to cry to. Everyone has those songs — I was just sad that he had so much more to give," she said. “His future was so bright. Something you just can’t explain. I can’t explain that. We were all very sad. Sad for his family that came along to the video shoot with him."

“Hate Me" reached platinum status and is on Goulding's new album, “Brightest Blue." The song is featured on second part of the album called “EG.0."

Juice WRLD died of an accidental overdose of oxycodone and codeine in Chicago in December. He was 21 years old and released a batch of successful songs and albums, including the hit “Lucid Dreams," which reached No. 2 on Billboard's Hot 100 chart. His first posthumous album, “Legends Never Die," was released last week.

“It was just so unbelievably sad when he passed because I knew he had so much more to offer. He was full of hope and so many ideas. He was an artist," Goulding said. “It really hit me. It made me reevaluate things a bit. I was in L.A. when I found out. I just wanted to just go home and be with my friends."

When “Hate Me" debuted on the charts last year, Goulding set a record for most entries by any British female artist on the Billboard Hot 100 chart, besting Adele.

“I feel so like gratitude about that. Not everyone gets to have a career in America. Not everyone’s songs translate," she said. “I never expected growing up in the situation I did. I was kind of a shy person. I just liked to write music. The idea they can reach that far and can touch that many people is pretty awesome. I hope that I can always do that."