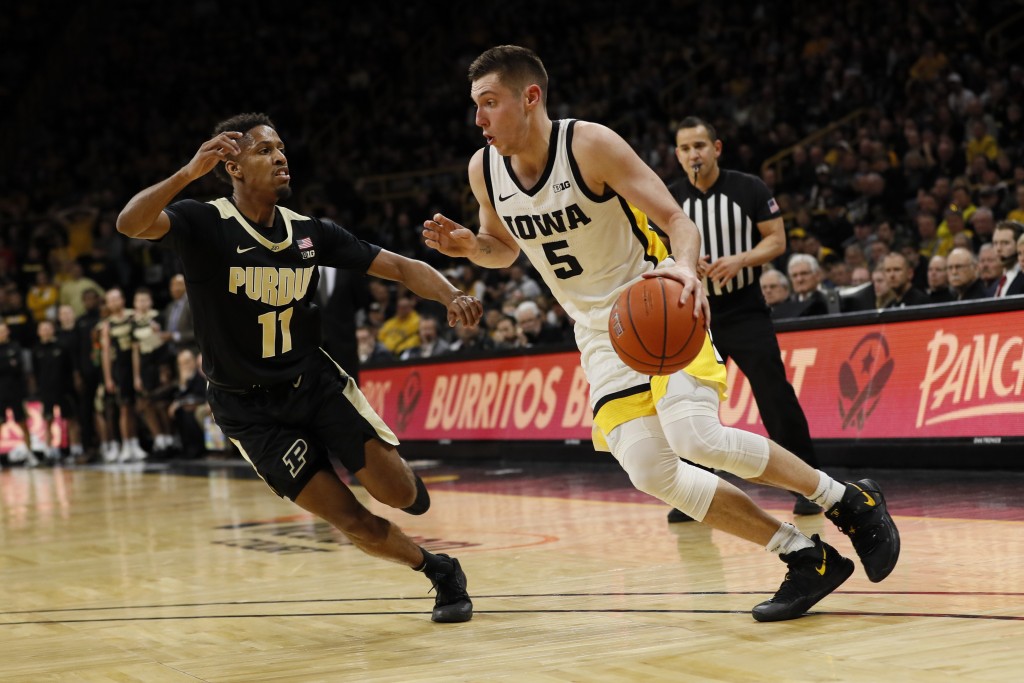 IOWA CITY, Iowa (AP) — Iowa guard CJ Fredrick is expected to be ready for preseason practices after having surgery on his right foot, the school announced Wednesday.

Fredrick on Tuesday had a screw inserted to his fifth metatarsal — the long bone on the outside of the foot that connects to the little toe — to alleviate a stress fracture. He is expected to recover within six weeks.

“The timing for this surgery was perfect,” Fredrick said. “This procedure will allow me to recover quickly and be able to play pain free in that foot for the season. I can’t wait to begin rehabbing and working toward the upcoming season.”

Fredrick started all 25 games as a freshman last season. He led the Big Ten in 3-point percentage (.461) and averaged 10.2 points per game. Fredrick was the only player from a major conference since 1993 with at least 65 assists, 32 or fewer turnovers and 46% or better shooting from 3-point range.

“CJ’s right foot has been bothering him for several weeks and this procedure is a proactive approach to expediate the healing process,” coach Fran McCaffery said. “CJ has had a tremendous offseason of training and we are confident he will be even stronger when he returns next month.”