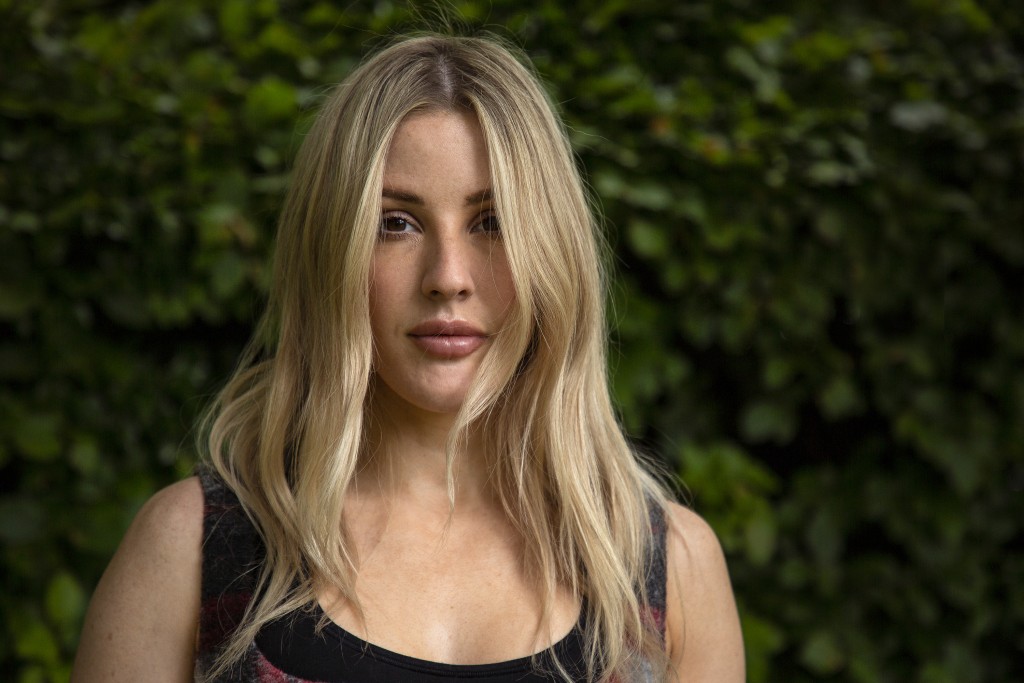 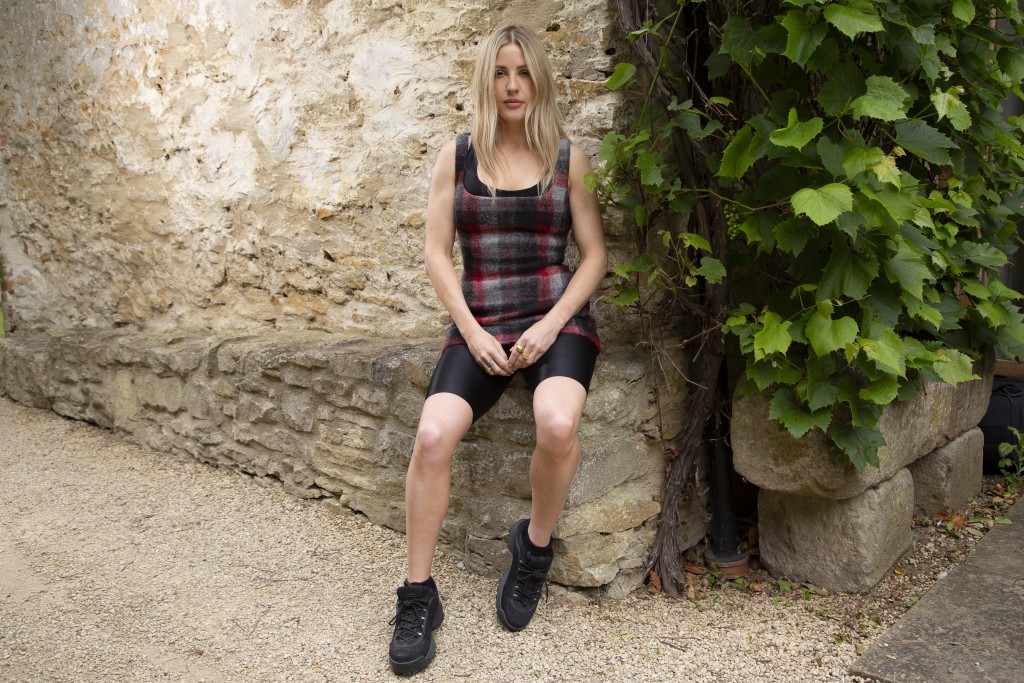 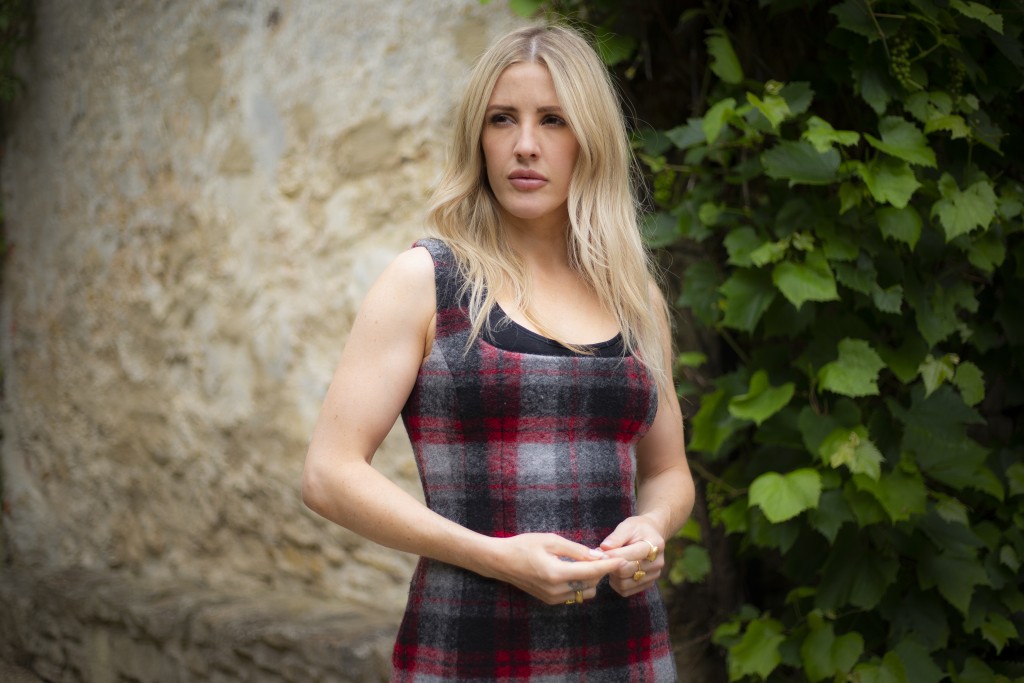 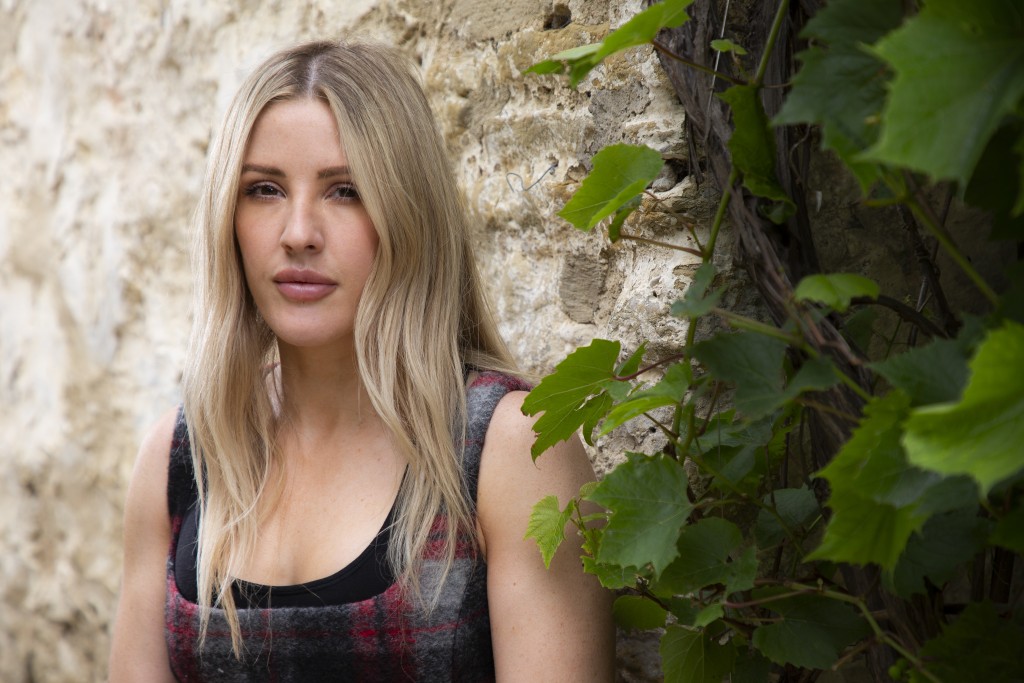 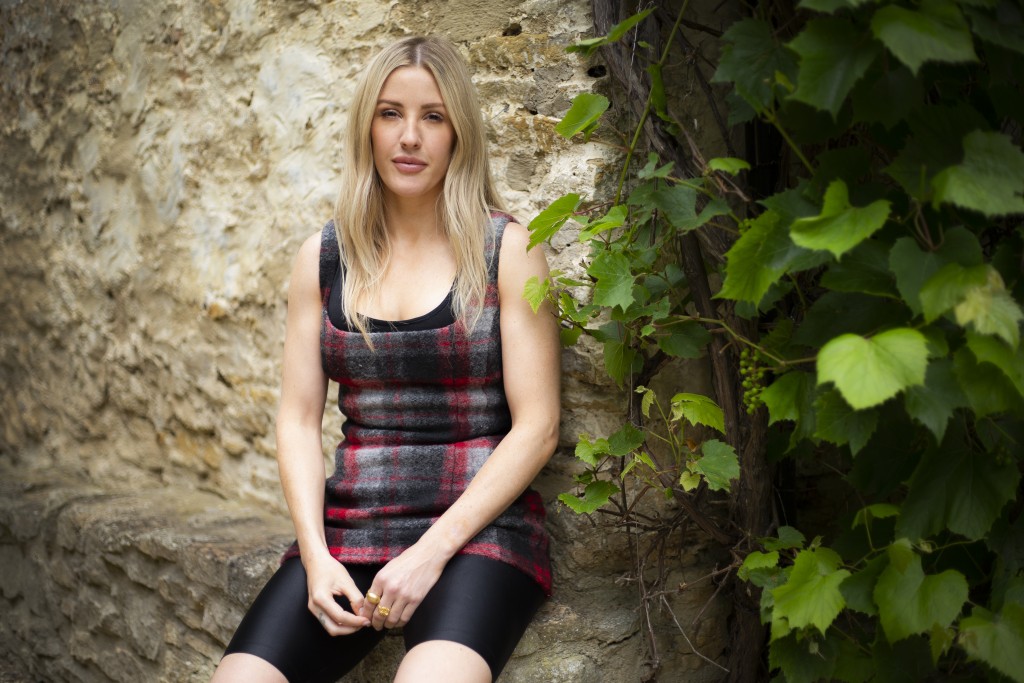 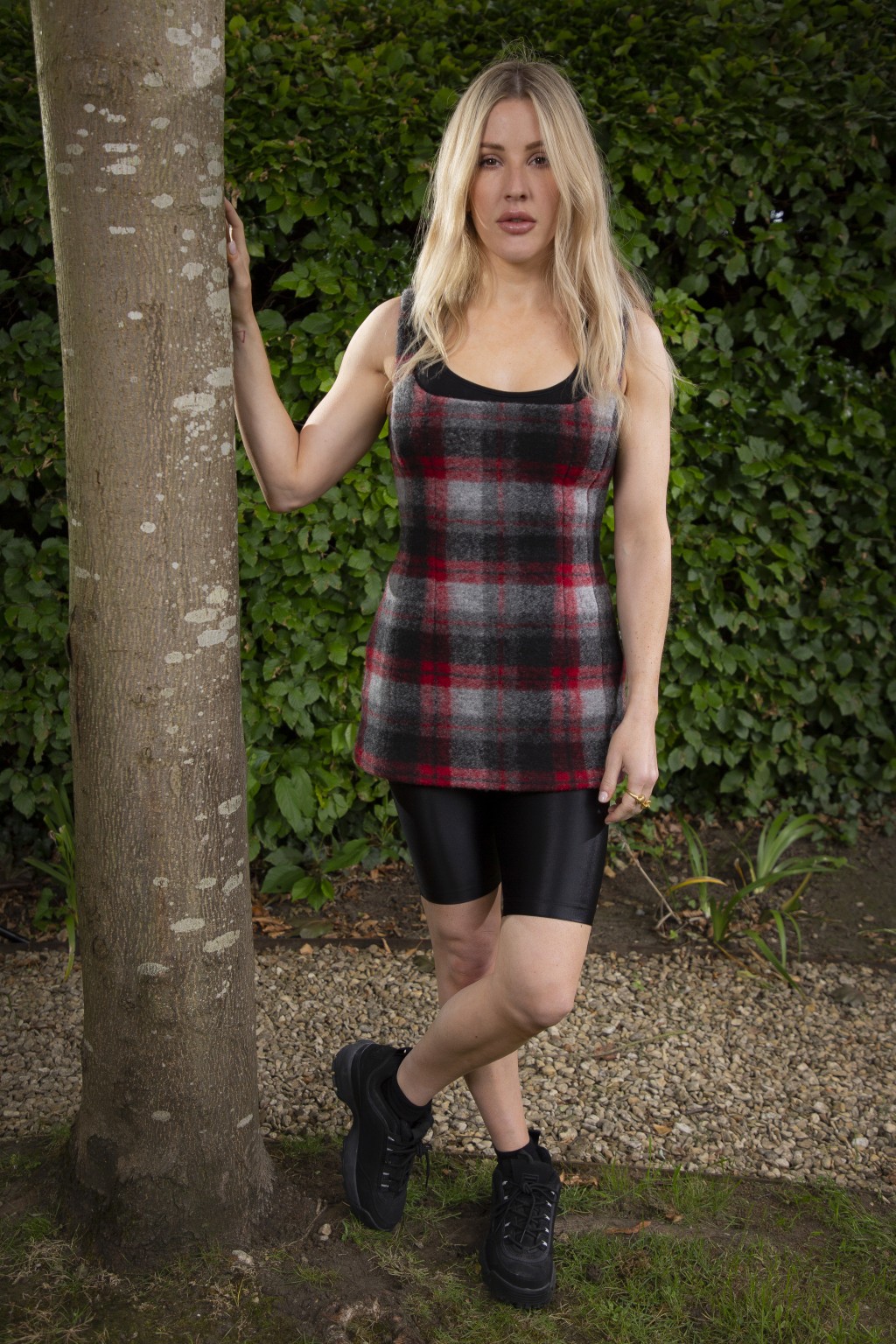 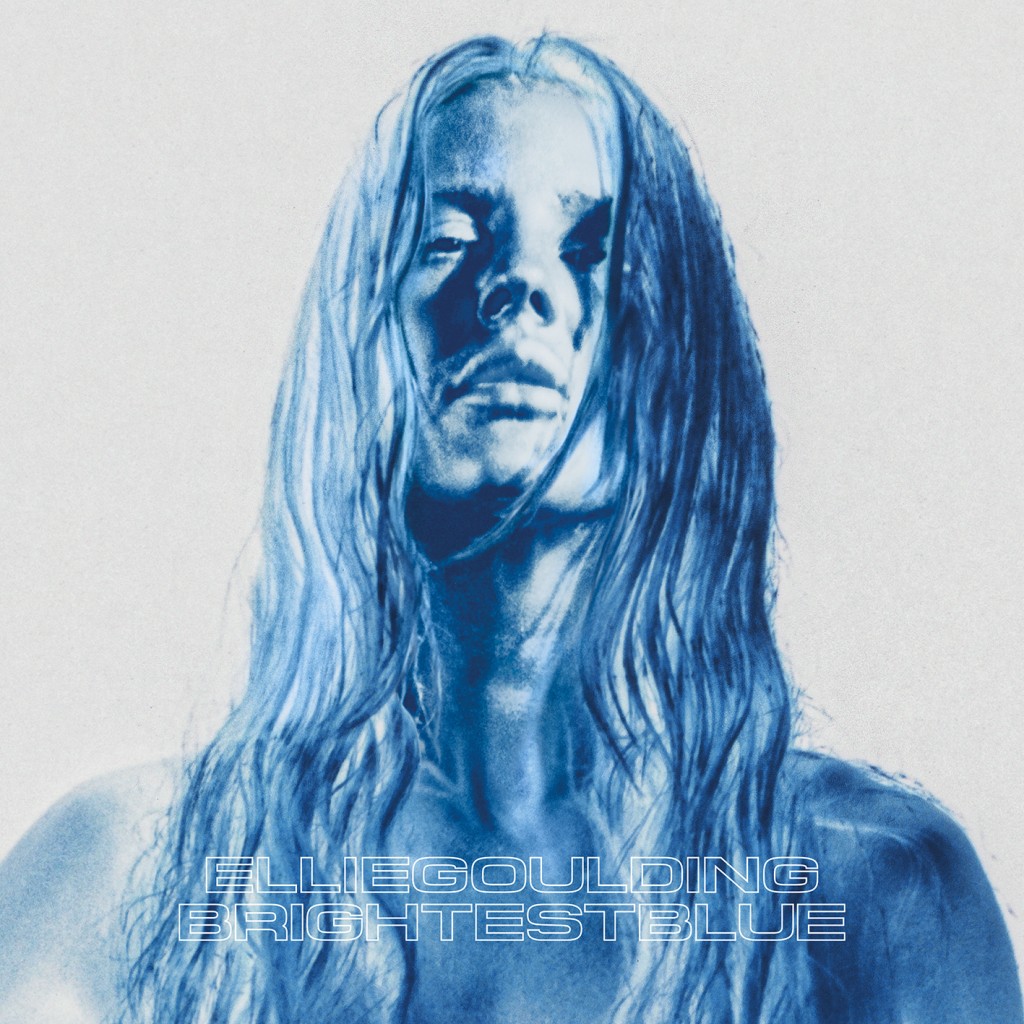 NEW YORK (AP) — Ellie Goulding’s fourth album is a perfectly crafted artsy pop record full of songs built with epic production and layered vocals. But underneath the beats are gems of lyrics: dark, poetic one-liners with a heaviness that might raise your eyebrow.

“I write songs and then I deal with the consequences later,” Goulding says unflinchingly. “I think honesty is the best policy for me.”

On her album’s opening track, “Start Again,” she sings: “I could call a truce with anyone but you.” Later, she sings, “And you can’t even begin to understand/The magic she had before you killed her.”

“There was just stuff that I really wanted to get out that I was just like, ‘This is it.’ I didn’t want to mess around. I wanted to say exactly how I was feeling. I just wanted to let people know that just because it seemed like I was strong on the outside, I’ve had to recover from stuff over and over again,” Goulding says during a recent interview with The Associated Press.

More songs on “Brightest Blue,” out Friday, feature deeply personal lyrics from the 33-year-old English pop singer. On “Flux,” where she sounds both vulnerable and confident, she sings: “I stole from myself just to make you complete.”

“Oh my gosh, this line is ... such summary of how I have dealt with everything,” she says. “This album is very much about independence and someone else not being your source of happiness, that your self being your own source of happiness because you love yourself to the point where it’s like, ‘Actually if I didn’t have anyone else in life, I’d be OK.’”

Goulding ended up finding love — she got married in last year — but she began recording the new album with several big changes in her life: Outside of her relationship, she also switched management teams and moved to New York. There, the songs poured out of her.

“I had so much backlog of stuff that I wanted to sing about, but I had to be in the right headspace,” says Goulding, whose first three albums all reached platinum status. “It was a very self-discovery kind of time. I’d wanted to sing about becoming a woman and feeling this ultimate independence from any relationship or anything like that. Then it just so happened that I then met my husband.”

Joe Kearns, who executive produced “Brightest Blue,” says through songwriting Goulding is able to deal with weighty topics in her personal life.

“The thing that’s funny about Ellie is lyrically she’s very deep but she’s a very fun, playful person. It’s almost like she gets all of her emotion out in her lyrics,” he says. “She will work hard and long until it’s right, and that’s how she gets these brilliant lines ... these amazing, powerful, quite slick (lyrics). It’s almost like Nick Cave or something kind of classic, rather than a pop song lyric. It’s more of a poem in some ways.”

Goulding says though she didn’t want to mask the pain behind the songs on her album, she also wanted to offer listeners a sense of hope and optimism. It’s the reason she named the project “Brightest Blue,” and songs like “New Heights” — even with lyrics like “something died the day I fell for you” — showcase her personal growth and self-love. Even “Flux” and “Start Again” end with Goulding turning the darkness into light.

“I want to talk about how things suck and then present some kind of option for recovery from it,” Goulding says. “I like the idea that I can use the sad (stuff) that’s happened in my life to try and help other people out of similar things. That brings me comfort.”

When Goulding thinks back 10 years ago — when she released her debut “Lights” in the United Kingdom, she feels for the early twentysomething girl who was just trying to express how she felt through songwriting.

“Some of the songs are so sad and I was just not in a good place. I thought I was in an OK place at the time, it’s only really in hindsight that I realize I was just exhausted and jaded and disillusioned,” she says.

More specifically, she thinks of her 2015 release “Delirium”: “I was told ... the next step for me was to be a big pop star. And that’s why so much of the album is sort of full of pop songs but very commercial,” she says of the album, which came after she had worldwide success with the “Fifty Shades of Grey” single “Love Me Like You Do,” which earned Goulding her first Grammy nomination and earned the song’s writers a Golden Globe nod.

“Actually, now that I look at it more subjectively and I listen to the songs, I’m like, ‘This is a damn good pop album,’” she continues. “I didn’t appreciate it for what it was. I’m sad about that. I literally wrote the album off in a way. I didn’t celebrate it enough. I should have celebrated it way more than I did, and I didn’t. So, I will not make that mistake on this album because I’m proud of it. I need to stop letting my insecurities in myself, like criticism, get in the way.”

Her embrace of a good pop song is the reason “Brightest Blue” is a double album: The second half of the project dubbed “EG.0” includes five tracks, some already platinum successes, that are radio-friendly and includes collaborations with Diplo, Swae Lee, Lauv,blackbear and Juice WRLD.