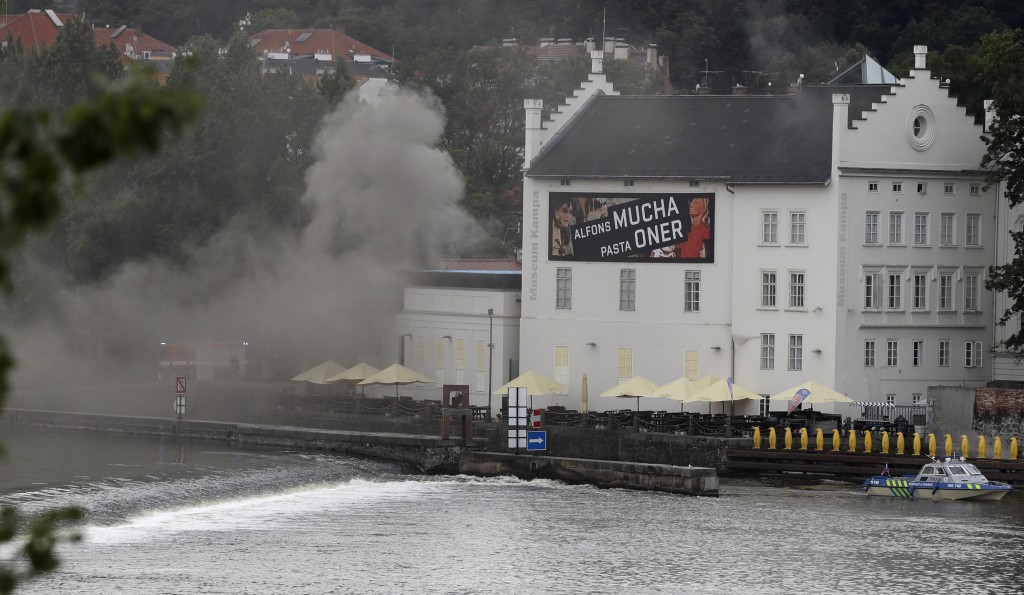 PRAGUE (AP) — A fire broke out at a modern art museum Wednesday in the heart of the Czech capital, officials said.

Firefighters managed to extinguish the blaze, but had to evacuate pieces of art from an exhibition hall hit by the thick smoke, Kavka said. He said the hall likely suffered unspecified damage, but it wasn't immediately clear if any artwork was damaged.

The museum located near the iconic Charles Bridge is known for its valuable collection of paintings by Frantisek Kupka, a pioneer of modern abstract painting.

Police said more than 100 people had to be evacuated from the museum and nearby buildings. One person needed medical treatment.