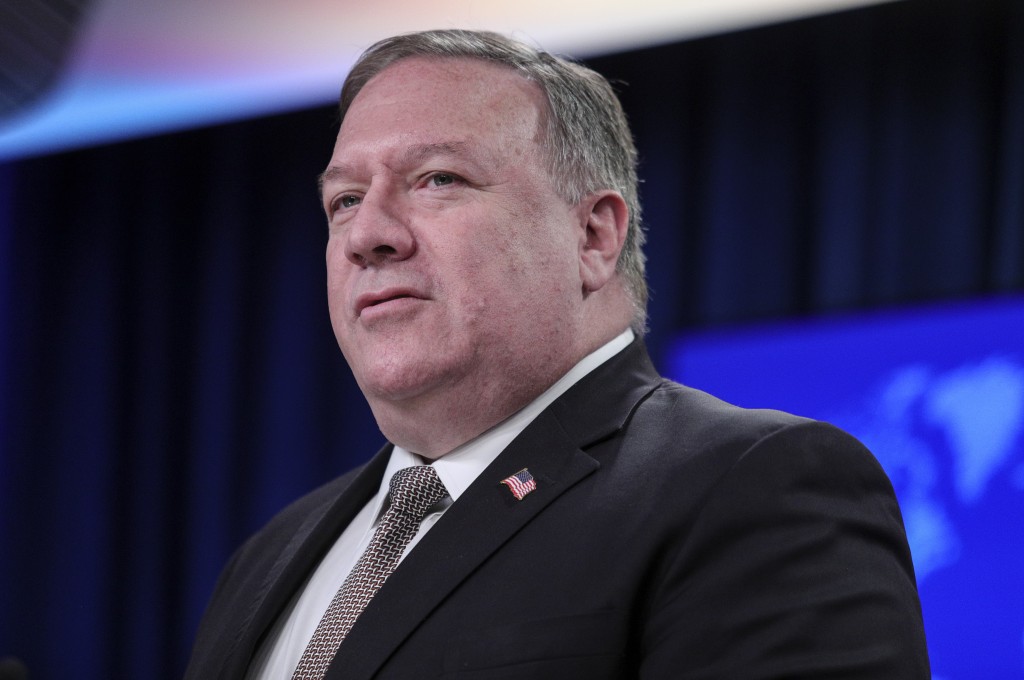 WASHINGTON (AP) — The Trump administration said Wednesday it will impose travel bans on employees of the Chinese technology giant Huawei and other Chinese companies the U.S. determines are assisting authoritarian governments in cracking down on human rights, including in China's western Xinjiang province.

Secretary of State Mike Pompeo made the announcement a day after the British government said it would ban Huawei from its 5G networks over concerns that sensitive data could be compromised by the China and the Chinese Communist Party.

Pompeo said Huawei employees found to be providing “material support to regimes engaging in human rights violations and abuses globally" would be hit with sanctions.

“Companies impacted by today’s action include Huawei, an arm of the CCP’s surveillance state that censors political dissidents and enables mass internment camps in Xinjiang and the indentured servitude of its population shipped all over China,” he said. "Certain Huawei employees provide material support to the CCP regime that commits human rights abuses.

It is not clear how many employees would be affected. Huawei says on its website that it has more than 194,000 employees in more than 170 countries and regions.

The U.S. has led a worldwide campaign to convinced foreign governments, particularly those in allied nations, to bar Huawei from their advanced telecommunications networks, arguing that allowing them into those systems would lead to privacy violations of their citizens.

The U.S. has also threatened NATO and other allies with curtailments or suspensions in intelligence sharing and cooperation should they allow Huawei components or technology in their high-speed networks.