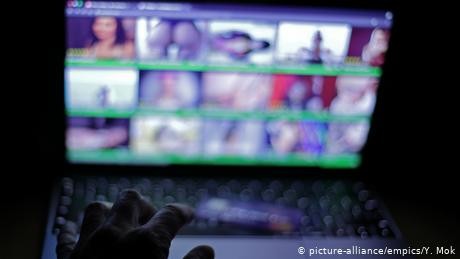 In the latter part of last week, hundreds of thousands of people signed a petition on the website of the presidential Blue House demanding action against the judges who turned down a request from the United States to extradite 24-year-old Son Jong-woo, the operator of the largest child pornography website ever uncovered on the dark web.

Son had been arrested in Korea in March 2018 after an investigation into the Welcome to Video website that united law enforcement authorities from 19 nations, including Germany.

At least 23 children who were being abused by users of the site were rescued as a result of the investigation, while 337 people have been arrested to date, including 223 in South Korea.

Tried in Seoul and sentenced to 18 months in prison, Son completed his term in April but remained in custody after a US federal grand jury indicted him on a number of charges, including money laundering, which could have seen him sentenced to 50 years in a US prison.

A panel of three judges at the Seoul High Court rejected the extradition request, however, on the grounds that sending him to the US would hamper domestic investigations into sexually abusive content on the web.

The reaction was swift, with a petition opened on the Blue House website the next day, demanding that the lead judge, Kang Young-soo, not be permitted to take up a seat on the Supreme Court, as is scheduled to happen.

"I am afraid to imagine what kind of country this will become if the person who made this ruling joins the Supreme Court," the petitioner wrote. "A person who promoted the sexual exploitation of children all over the world and made money from it was only given an 18-month prison term and has now been released into society."

As of Monday afternoon, the petition had gathered nearly 499,000 signatures.

In a social media post, Seo Ji-hyun, the prosecutor who spearheaded the #MeToo movement, also condemned the court's decision.

"I felt angry, sad and desperate when I read the ruling," she said. "The judge should feel ashamed that the court failed to give the criminal an appropriate punishment, thus making the public want to send him to the US, where he would have received just punishment."

Others felt so strongly about the issue that they took matters into their own hands, with the operators of the Digital Prison website releasing personal details of Son and identifying the panel of three judges who had released him.

"I'm frustrated by our justice system's leniency towards vicious criminals," the operator of the site wrote. "Because of this leniency, the criminals become worse."

"It is difficult to understand Seoul's failure to extradite Son while punishing him so lightly for his crimes against children," he told DW.

"Digital vigilantism is not the answer, but should be a wakeup call for the government," he added. "Legal reforms are needed to address systematic sexism in the justice system so that South Korea's international image is not tarnished by the perception that it harbors global sex criminals."

An editorial in the Chosun Ilbo newspaper just days after Son walked free echoed those thoughts, claiming that "many judges in this country still have a soft spot for perpetrators of sex crimes."

First-time offenders get off with a short sentence; anyone who "repents" walks away "with barely a slap on the wrist."

"Rapists are given suspended sentences if they have a wife and children to feed, while young sex offenders have their sentences lowered considering their 'bright futures'," the editorial declared. "Yet sex offenders have the highest rate of repeat offenses in Korea. Perhaps the leniency shown by judges has something to do with this unnerving statistic."

Anger spills over into politics

The anger aimed at powerful men who abuse their positions has spilled over into the political realm, with another petition to the Blue House condemning the decision to grant Seoul Mayor Park Won-soon a lavish five-day official funeral after his suicide last week. More than 560,000 people had signed the online petition against such a large funeral because Park was facing allegations of inappropriate sexual approaches to a member of his staff when he took his own life.

Under Korean law, a case is automatically nullified on the death of someone facing criminal charges.

"People are shocked because Park was famous as a human rights lawyer who championed equal rights for women and an egalitarian society," said a female academic who declined to be named. "I think that he killed himself because he could not bear the stain these allegations would have left on his career."

"But I do think that South Korean society is changing," she said. "We cannot compare the situation for women today to how it was here in the 1980s and 1990s. Yet we still have some way to go. In the near future, laws will be changed to reflect current feelings on crimes such as these."