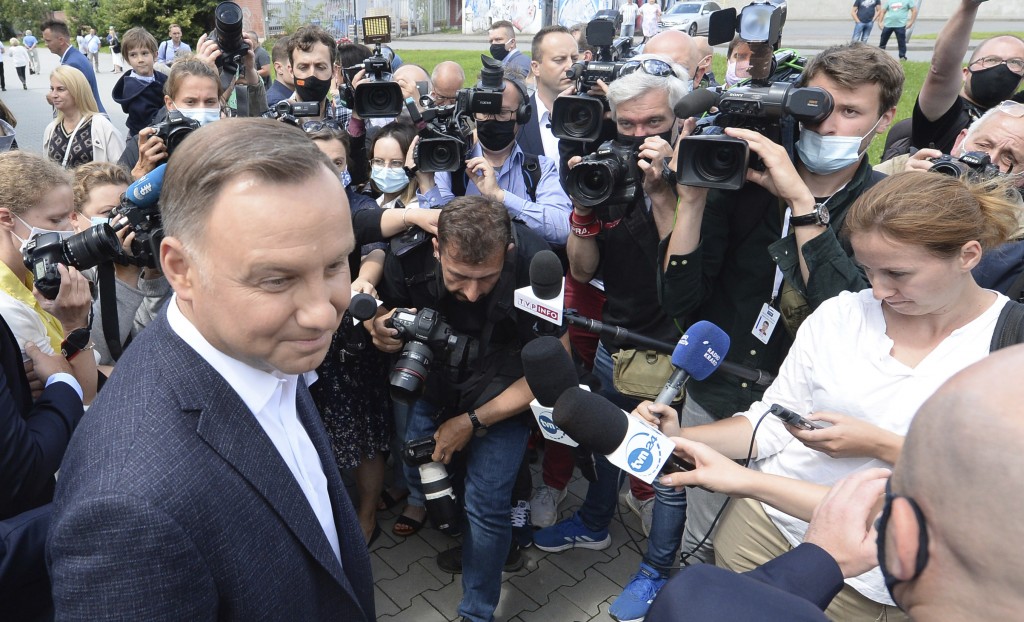 WARSAW, Poland (AP) — A Russian prankster posing as the U.N. secretary-general, managed to get through to Poland’s reelected president, Andrzej Duda, on the telephone, rendering him speechless following questions about Ukraine, Russia and the outcome of Sunday’s election.

The prankster, Vladimir Kuznetsov, known as Vovan, posted a recording of the 11-minute call on YouTube and Duda’s office confirmed Wednesday it is authentic.

At various points in the conversation, conducted in English, Duda sounds surprised at the line of questioning but still refers to the fake Antonio Guterres as “Your Excellency.”

The conversation was held Monday afternoon while Duda was awaiting official confirmation of his reelection.

State security is investigating how the prankster got through to the president, and whether Russia's secret services were involved.

The Internal Security Agency said in a statement the call had been authorized by a Polish mission official at the U.N., and that his actions are under investigation.

Poland's relations with Russia are tense, especially over Poland's support for Ukraine's drive for closer links with the European Union.

The caller congratulates Duda on his reelection but takes him to task on his hostile campaign comments about the LGBT community, drawing Duda's assurance that he has “huge respect for every human being.”

Duda also rejected any suggestion that Poland would seek to claim back the Ukrainain city of Lviv, that was part of Poland before World War II.

Kuznetsov, and the Russian prankster Alexei Stolyarov, who is known as Lexus, have previously embarrassed European politicians including French President Emmanuel Macron and British Prime Minister Boris Johnson, as well as Elton John and Prince Harry with similar hoax calls.