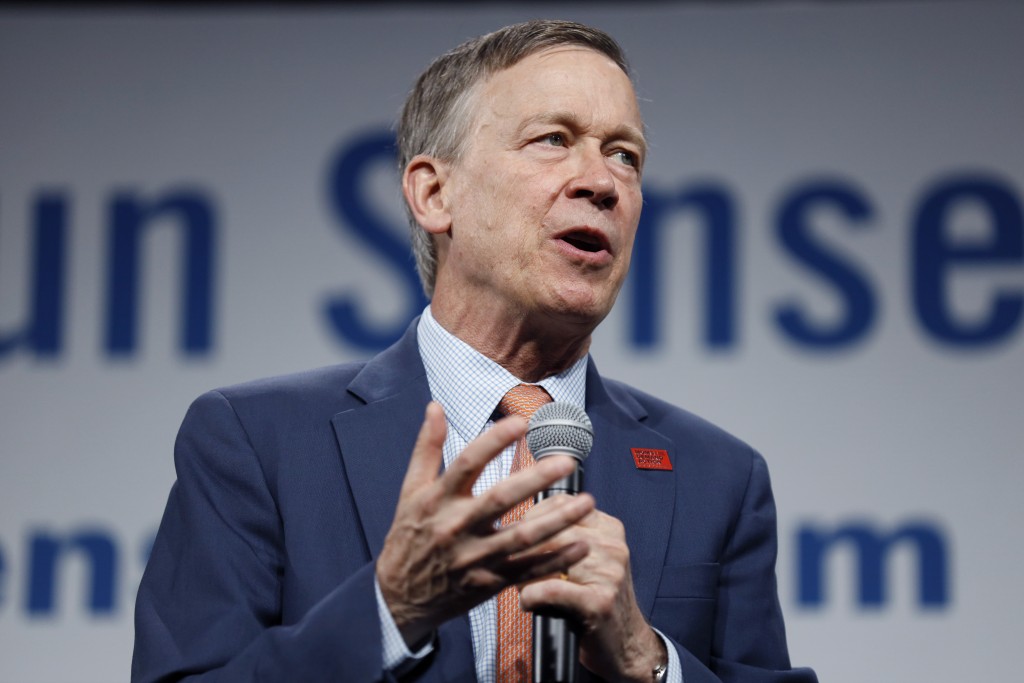 DENVER (AP) — Former Colorado Gov. John Hickenlooper's Senate campaign reports a $5.2 million fundraising haul over the past three months, calling it a record for any Senate candidate in state history.

Hickenlooper's haul is significant, though it comes as his fellow Democratic hopefuls have been shattering Senate fundraising records nationally. Hickenlooper in November will be facing Sen. Cory Gardner, who is considered the most vulnerable Republican senator up for reelection. Hickenlooper, a former presidential candidate, outraised Gardner in the first three months of the year.

The Democratic campaign on Wednesday reported raising the $5.2 million between April 1 and June 30. It said donations came from all of Colorado's 58 counties.

The period includes the weeks running up to Colorado's June 30 Democratic primary, which Hickenlooper won handily despite a series of gaffes. Gardner and other Republicans began a multimillion-dollar ad campaign against Hickenlooper before the primary concluded, and Hickenlooper's allies have hit back.

Democrats would need to net three seats and win the presidency to gain control of the Senate.