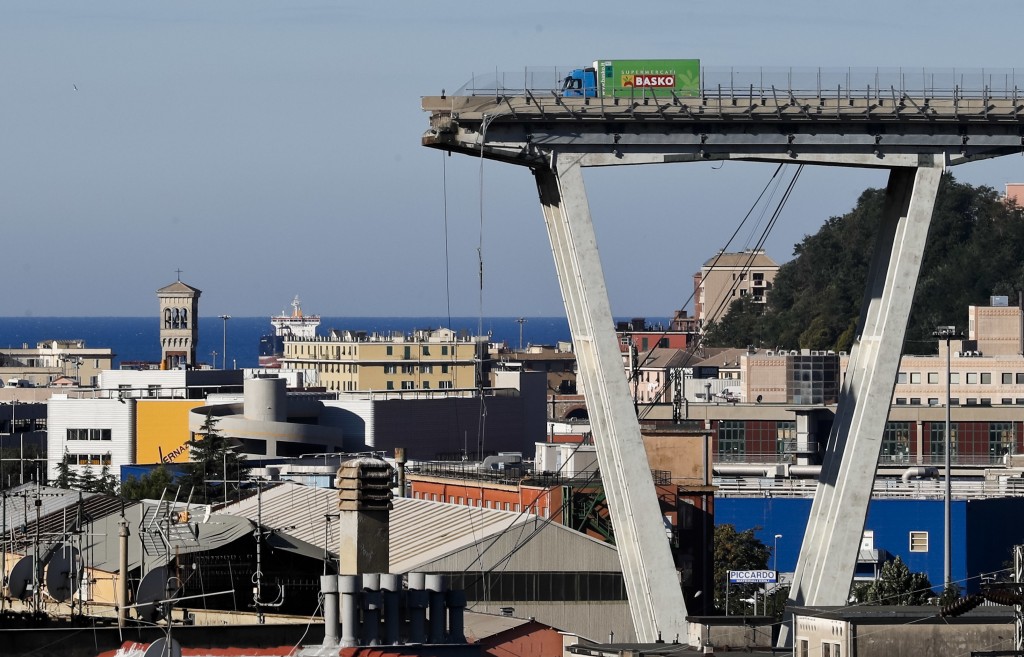 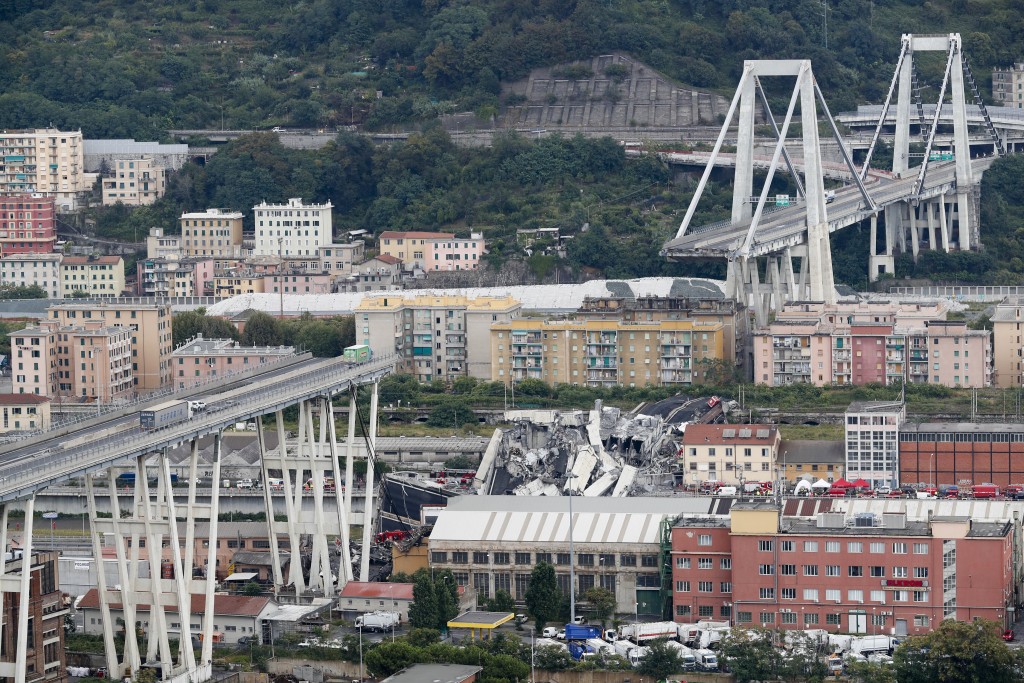 ROME (AP) — Italy’s government says it has scored a victory in a battle stemming from the deadly 2018 collapse of Genoa’s main bridge, with the Benetton fashion family agreeing to exit the holding company that manages and maintains most of Italy’s toll roads and bridges.

Italian Premier Giuseppe Conte announced the agreement Tuesday, nearly two years after 43 people perished in the collapse of the Morandi Bridge, a disaster that has been blamed on poor maintenance.

The deal avoids the possibility that the government would revoke the concession Autostade per l’Italia has to manage most of Italy’s toll roads and bridges, which Italy's government had threatened to do in the immediate aftermath of the collapse.

Such a revocation would have proved financially disastrous for the company and its foreign shareholders, and led to years of costly legal battles to contest the decision.

There was no immediate comment from the Benetton family, Autostrade or other affiliated companies.