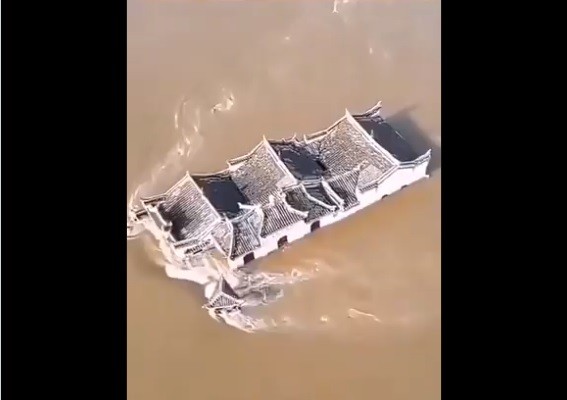 TAIPEI (Taiwan News) — As floodwaters reach record levels across central and southern China, video surfaced on Tuesday (July 14) showing a 700-year-old temple stubbornly standing up to everything the Yangtze River could throw at it.

On Tuesday, human rights activist Jennifer Zeng posted a video showing the Guanyin Temple, or Avalokitesvara Pavilion, in Hubei Province's Ezhou City — which is about 80 kilometers downriver from Wuhan — completely surrounded by an engorged Yangtze River. The flood levels have risen so high that every structure in sight has been submerged with the exception of the ancient temple.

The Buddhist temple, which was first constructed in the Song Dynasty and rebuilt in the Yuan Dynasty, sits atop a rock island at the edge of the river and has survived centuries of floods, most recently in 1998 and 2017. The latest flood is putting the temple to the test, as flood levels are already beginning to surpass those seen in 1998, with much more rain still forecast for the summer. The temple when river is at lower level. (Internet image)

This is what you call "as solid as iron". A more than 700-year-old Buddhist Temple (Guanyin, or
Avalokitesvara Pavilion) in Erzhou, #Hubei province in #China has survived all the floods in more than 700 years, and still holds up in the historical flood on July 14, 2020. pic.twitter.com/oOhfUmRWHW 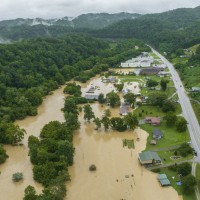 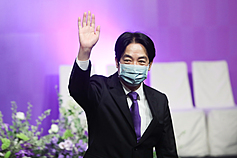