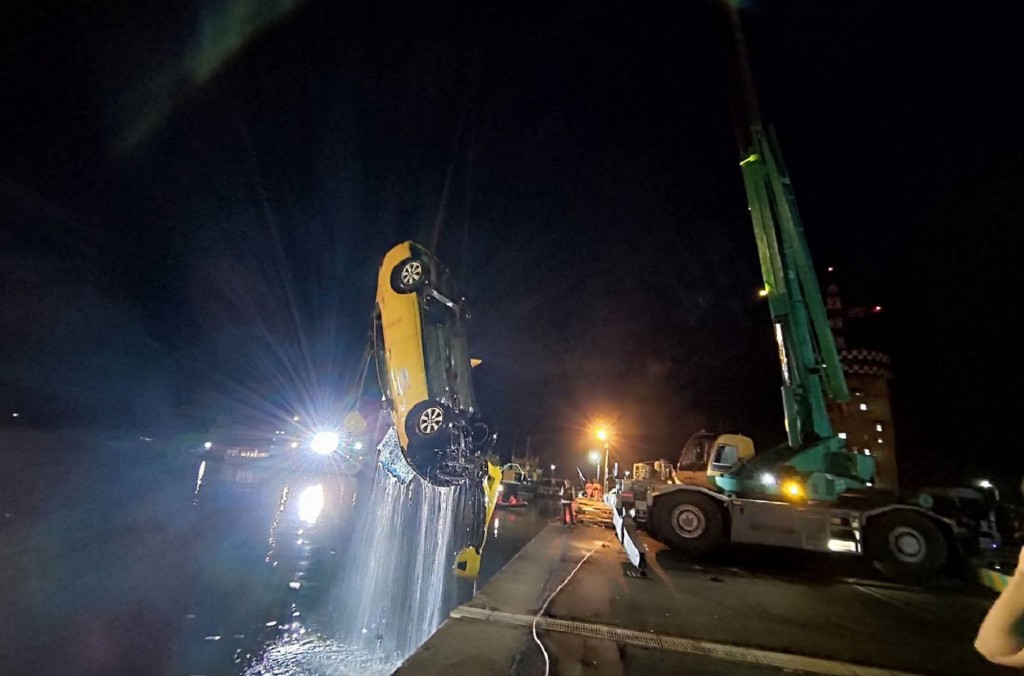 At 1 a.m. on Wednesday morning, the Taichung Habor Fire Brigade received a report that a taxi had plunged off a pier at Taichung Harbor and that many people were trapped inside, reported CNA. It immediately dispatched vehicles and personnel to the scene as well as notified the Coast Guard Administration (CGA) to aid in search and rescue efforts.

A crewmember of a guard vessel for an offshore wind power facility surnamed Li (李), said that after dining with three of his colleagues, they took a taxi to return to their boat. Halfway to their destination, he said the vehicle suddenly plunged into the sea and flipped over.

Li said that he managed to break the window next to him and extricate himself from the taxi. Unfortunately, his three colleagues and the driver surnamed Hsieh (謝) were still trapped inside when he swam to shore. Rescuers gradually managed to find three of the men at the scene and a fourth one kilometer away near Pier 26. However, all four perished despite efforts to resuscitate them.

According to a preliminary investigation by the Taichung Harbor Police Station, the four crew members went to a restaurant in Wuqi district on Tuesday evening (July 14) to have a meal. After imbibing drinks well past midnight, they took a taxi driven by Hsieh to return to their workboat to rest.

Based on surveillance camera footage at the harbor, after entering the port terminal, the car turned left too soon. It is suspected that due to the heavy rain which can be seen pelting the vehicle at the time, the driver misjudged the distance from the pier's edge and accidentally crashed his taxi into the sea. Li said that he had dozed off while sitting in the backseat behind the driver and suddenly woke up when the taxi hit the water. He said that he kicked the window and managed to break it and free himself from the vehicle.

He said that he then swam ashore and immediately reported the accident. Police said they will perform autopsies on the bodies to determine the cause of death.

CNA cited Port of Taichung Chief Secretary Wang Kuo-ying (王國瑛) as saying that after working for about a week, the crew members would go ashore to be resupplied. On Thursday, the four had a port pass, and the taxi driver had been issued a temporary pass.

Wang said that they all should have been familiar with the roads in the port. Police will carry out an investigation to determine whether heavy rain was the cause of the accident or if other factors were in play. 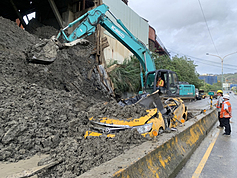 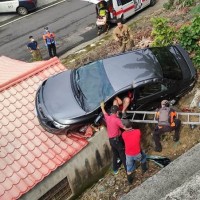